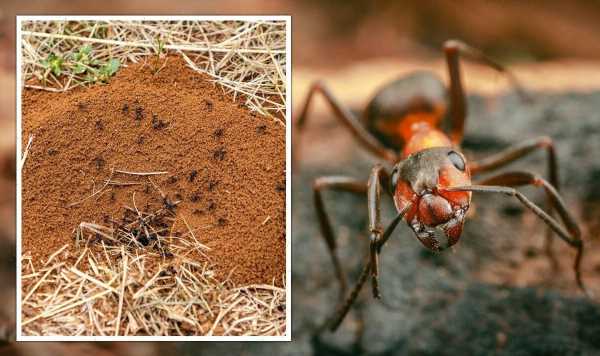 The garden content creator posts his clever tips and tricks on his TikTok account @permacultureplants. In one recent tip, he advised gardeners on how to tackle a troublesome issue – ants.

He posted the hack in his video, “how to get rid of ant in 24 hours without chemicals”.

So, how exactly does it work? The gardening expert explained introducing neighbour colonies of ants can help.

“Scoop from one ant pile and put it on the other. And one day later, no more ants,” he said.

The garden aficionado explained: “The ants are extremely territorial, so all you have to do is let nature take its course.

“Don’t spend money on all the fancy gimmicks, take a scoop of one, put it on a scoop of the other. Wait for a day, done.” 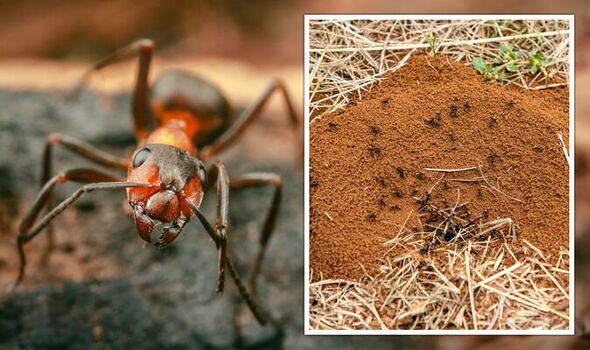 Get the latest three-day weather forecast where you live. Find out by adding your postcode or visit InYourArea

Science seems to suggest that this trick would encourage the separate ant colonies to war. Ants will respond aggressively to other groups of ants.

The aggressive nature of ants has been documented by biologists for years and was even noted by Charles Darwin.

Ant colonies are in direct competition with one another for food and fights over food result in outright ant warfare.

Ants will bite one another to pieces. Some species of ants exude toxic chemicals as a form of weapon.

One commenter wrote: “Doesn’t work when all the ants on my property seem to just be one massive super colony.”

Another said: “I would be so afraid of one winning and then me having to face the STRONG ant colony.”

One gardener joked: “My ants teamed up and have trade routes between nests. What now?”

“I did that and now the colony became a kingdom, they even have flying cars by now. Great, thanks a lot, not!” another joked. 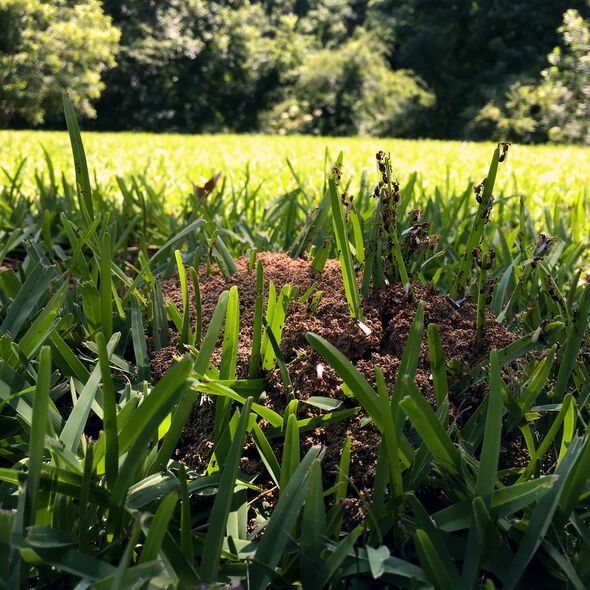 While these commenters joke, there is some evidence that cooperative ants are taking over the insect kingdom.

It was discovered a single mega-colony of ants has colonised huge areas of the US, Europe, and Japan.

The huge colony is tolerant of other members, even if they live many kilometers apart.

This cooperative behaviour is enabling these Argentine ants to create a global community.

Ants in the colony taken from Europe and California and introduced for the first time acted like friends, never fighting and even rubbing their antennae together, a form of friendly ant greeting. 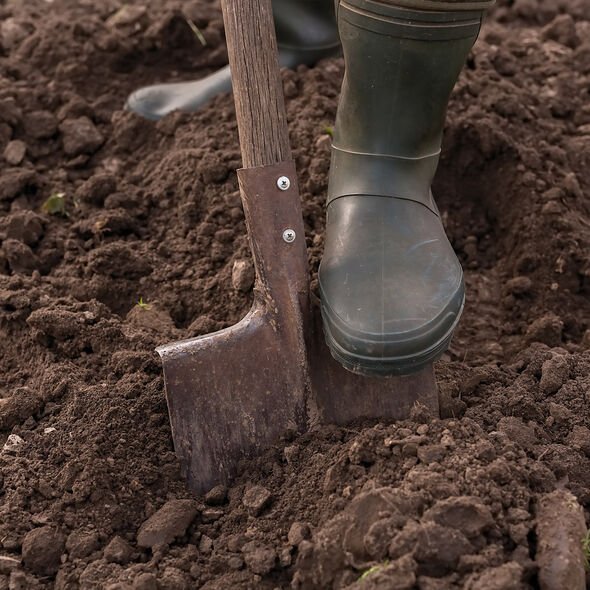 How to get rid of ants in the garden

If you want to take action against ants, try pouring a litre of vinegar into your ant nest. It will kill ants on contact and not damage the soil significantly.

Simply pouring boiling water on your ants nest will kill a colony. Pour the water into the ants nest through the entrances. However, avoid this method around your prize plants as it will kill the roots.

Mix boric acid and sugar into a paste and place them around the ants nest. The ants will carry the mixture back to the nest to eat. However, when they eat it they will be poisoned and die.

For a less violent approach, try growing plants ants don’t like. These include basil, lavender, rosemary and eucalyptus, and more.