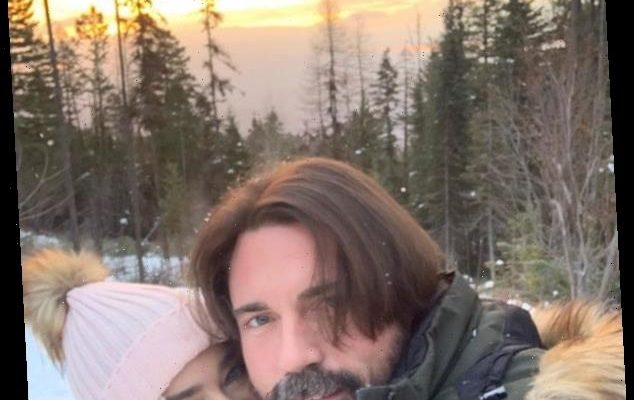 Denise Richards is planning to be the first Real Housewife of Big Sky Country!

The Real Housewives of Beverly Hills star revealed via an Instagram post on Sunday that she and husband Aaron Phypers have plans to move part time to Montana.

“Soon we will be living here in Montana & Los Angeles,” She wrote, adding splitting time would give her the “best of both.”

The former model, who tied the knot with Phypers in September 2019, also opened up about what she loves most about the Treasure State: “The first time I went to LA when I was younger I felt like I was home, same feeling visiting Montana for the first time 7yrs ago. Such a sense of peace & simplicity.”

And she has big plans for their new rural homestead. “I want a ranch,” Richards wrote, adding a cow, pig, chicken, duck, horse, dog and tractor emoji. But she’s not ready to give up the finer things from her life in Southern California. Her dreams of life with livestock go “along with the fancy.”

She signed off with the hashtag, “#BeverlyHillbillyAt[Heart].”

It seems Richards also plans to spend Christmas in the state, which she called “cold but beautiful.” She posted a photo of an outing with her sister and their families over Thanksgiving, during which they cut down their own tree.

“Our mom would be so happy to see my sister & I together celebrating the holiday season with our families,” she wrote of her mother Joni, who died after a battle with cancer in 2007. “I’m so grateful for my family & to have these moments with each other & a fun moment for us seeing how they get their Christmas tree in Montana.”

Phypers, who runs a “healing center” called Quantum 360, has also been sharing dispatches from Montana. On Thanksgiving, he shared a silent, snowy video that showed off a stunning panorama of the natural landscape and another clip of of their holiday feast in the works: a turkey bubbling away in fryer set up in the back yard.

“This is how we do it here in Montana, deep-fried turkey,” he says in the video.

Richards and Phypers married in a small Malibu ceremony last year, just two days after announcing their engagement. Footage of the wedding later aired on RHOBH.

RELATED: Merry and Bright! See How Celebrities Are Decorating Their Homes for the Holidays