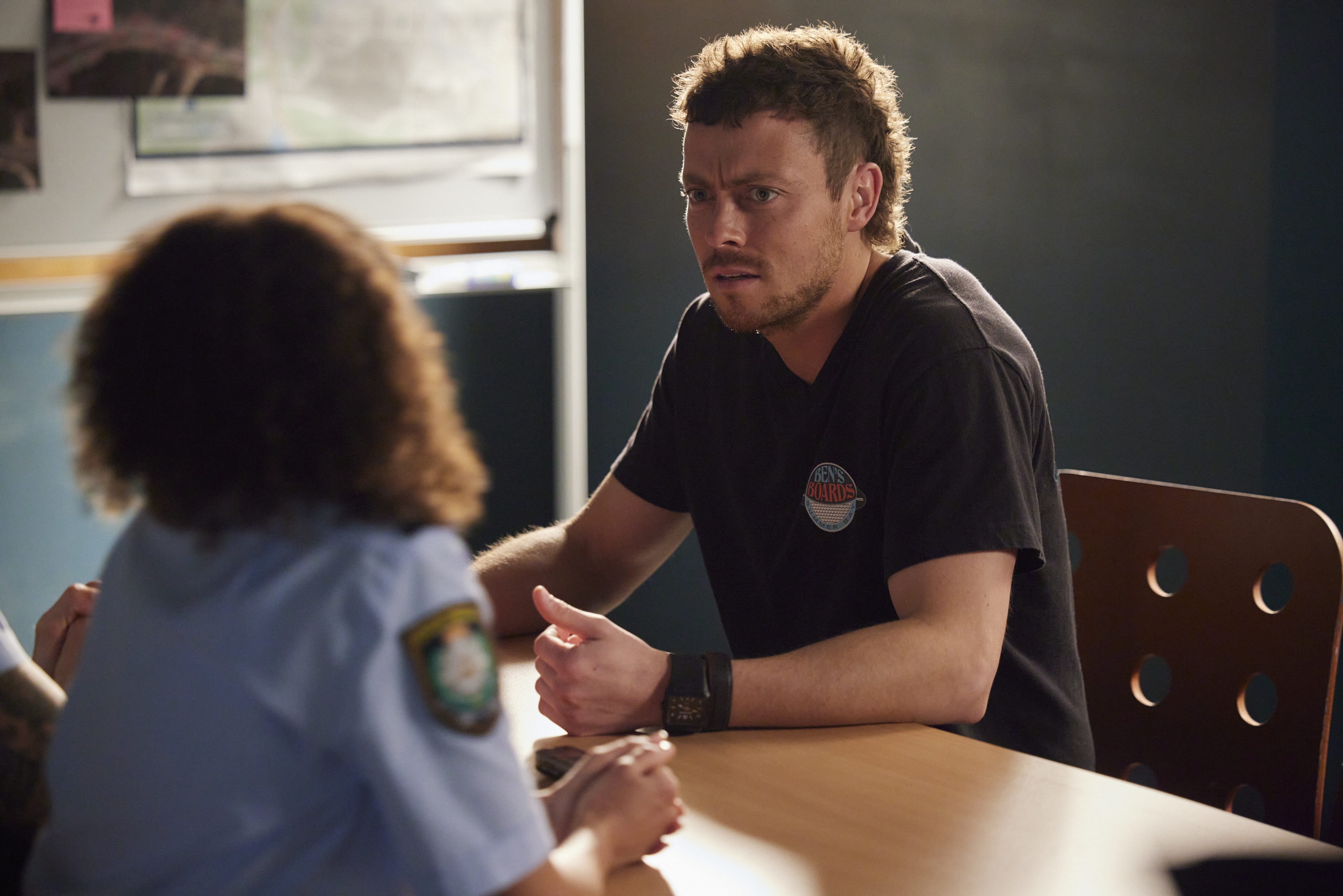 Mackenzie (Emily Weir) has been playing a dangerous game with illegal poker nights at Salt, and recently she has been hosting VIP events for wealthy gambler PK (Ryan Johnson) – with disastrous consequences. Now she has been left in fear that PK and his thugs could show up at any time, but Dean (Patrick O’Connor) is confident that won’t happen and assures Mackenzie that he ‘dealt with it’.

This doesn’t do much to reassure Mackenzie, and her worries heighten when Logan (Harley Bonner) tells her the news – PK has been found dead on the beach. Mackenzie asks Dean if ‘dealing with PK’ meant murdering him? Her brother tells her they didn’t go that far, but Mackenzie isn’t the only one he has to convince.

Rose (Kirsty Marillier) and Cash (Nicholas Cartwright) tell Dean to come to the station, so he can be questioned about a murder. This doesn’t exactly go down well when Ziggy (Sophie Dillman) gets her bright morning interrupted by her boyfriend, saying he’s at the cop shop being interviewed. Panicked, Ziggy goes down there, and Cash asks her to confirm Dean’s whereabouts on the afternoon of the murder.

Ziggy quickly says he was with her, but Cash and Rose aren’t convinced – she’s acting jumpy, and they’ve already noticed grazing on Dean’s knuckles…after some digging, they discover Dean’s criminal past and decide he’s a suspect. Then the coroner reports in – the murder weapon was a wrench. Now they know what they’re looking for.

Later, Ziggy is horrified to have the police appear on her doorstep. They have a warrant to search the premises, as her alibi was proven false. They head over to her car, and Dean paces around it. He insists he had nothing to do with it, but then the police open the boot and pull out a blood-stained wrench…it looks like Dean has some explaining to do.