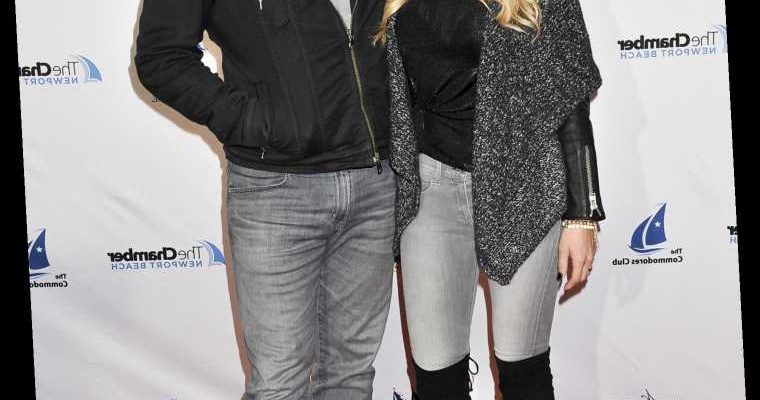 Christina Anstead has officially filed for divorce from her husband of less than two years, Ant Anstead, the HGTV star's publicist and best friend Cassie Zebisch confirms to PEOPLE.

The Flip or Flop star, 37, first announced she and the Wheeler Dealers host, 41, had ended their relationship via an Instagram post on September 18. The pair began dating in October 2017 and tied the knot more than a year later in a secret “winter wonderland” wedding at their home in Newport Beach, California, in December 2018. They welcomed a son, Hudson London, 1, together in September 2019.

"Ant and I have made the difficult decision to separate. We are grateful for each other and as always, our children will remain our priority," Christina wrote in her Instagram post. "We appreciate your support and ask for privacy for us and our family as we navigate the future."

Shortly after the shocking news,  a source told PEOPLE that Christina and Ant had been struggling with their relationship for a year — since the birth of Hudson. “After the baby, they started having conflicts,” the source said.

Despite her full house, the source said Christina was left feeling “lonely and unhappy” with her home life. “Christina found it difficult to balance everything” and “their marriage was struggling.”

The source went on to share that although things may be tough right now, Christina is remaining optimistic about her future: “She never expected to get a divorce. But she is doing okay and focusing on the kids.”

The Christina on the Coast star shares son Brayden James, 5, and daughter Taylor Reese, 9, with ex-husband and Flip or Flop costar Tarek El Moussa. (El Moussa got engaged to Selling Sunset's Heather Rae Young in July.) Ant is dad to daughter Amelie, 16, and son Archie, 14, from his previous marriage to ex-wife Louise Herbert.

Christina later reflected on the fallout from the news, including some unfriendly encounters with internet trolls.

“So while some may judge me and throw around rumors about me, most of you support me. And that says a lot about this world and where we are headed,” Christina added. “I’m messy, I’m real and I’m working on healing. I’m surrounded by extremely powerful women who help me cope, build me up and push me to be better.”