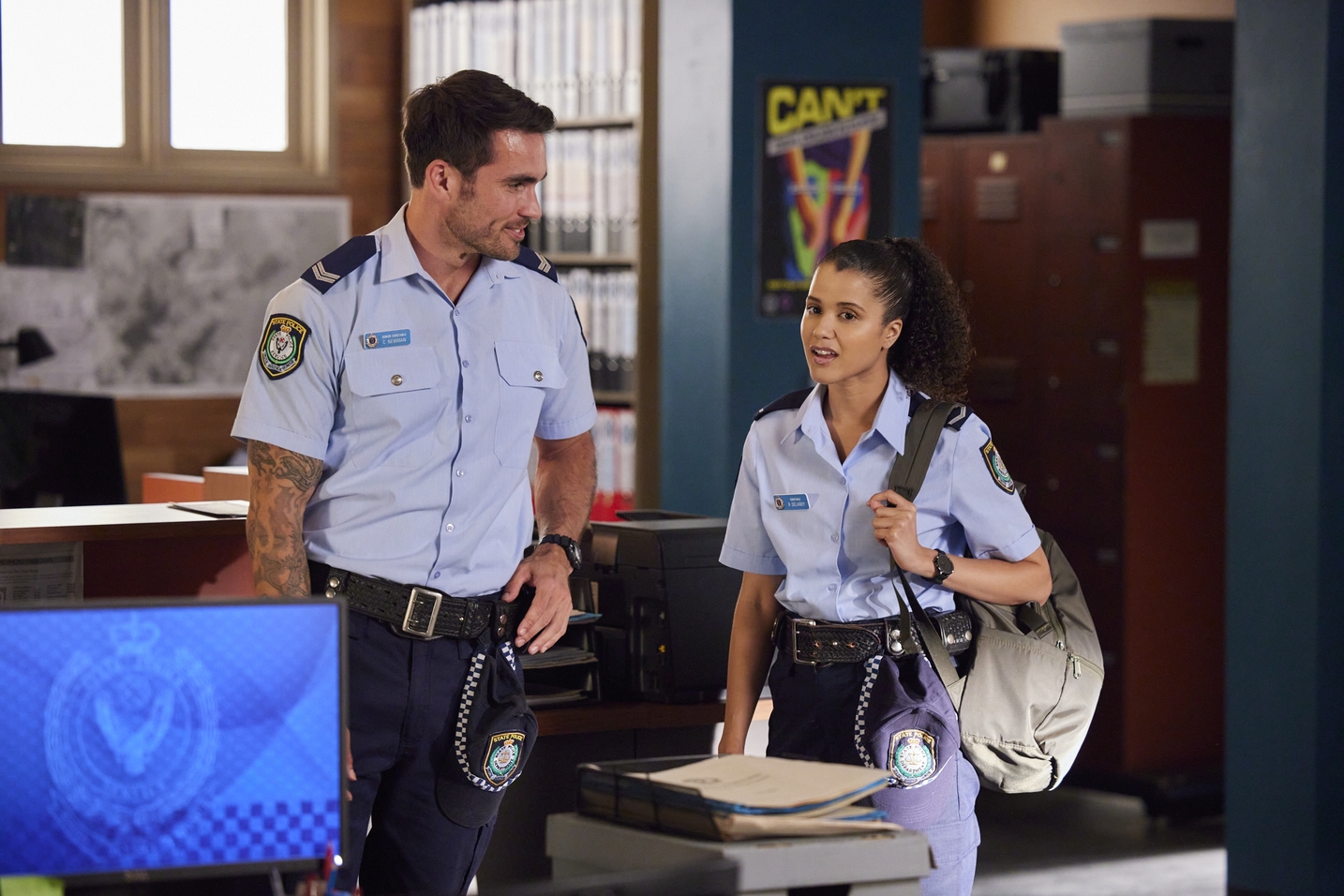 Home and Away’s Rose (Kirsty Marillier) has been dealing with difficult emotions in recent months after developing feelings for her sister’s boyfriend Cash (Nicholas Cartwright), and she has been dating newcomer Tex (Lucas Lineham) in an effort to move on.

However, her plan has crashed and burned after discovering Tex has been hiding a secret identity as a member of a bikie gang.

What’s more, Tex has been pretending to be a mellow, friendly handyman in order to gather information about the Paratas so he can feed back to fellow bikie Marty (Ben Wood).

Tane (Ethan Browne) is then dragged to their headquarters as the family member who can assume responsibility for the money Ari (Rob Kipa-Williams) stole years ago in the armed robbery that landed him in prison – and which the bikies now want back.

The bikies had originally asked Tane to repay the cash with interest, but then they decided to use the Gym as a base for their illegal operations, sending in ‘bookkeeper’ Genevieve to perform some money laundering in the back room. Tane had hinted to Rose that Tex wasn’t all he seemed, and eventually the detective came to discover the truth.

Meanwhile, Cash has been struggling in the aftermath of Jasmine (Sam Frost) leaving the Bay abruptly to help Robbo’s (Jake Ryan) mother who had suffered a heart attack.

As time went on, he became more miserable without her, and he planned a big night for her return to the Bay – featuring champagne and an engagement ring…

However, when Jasmine refuses to come back to the Bay, Cash is left heartbroken and heads to the police sting which Rose is operating so she can take down Tex and the bikies.

Rose is soon left humiliated when they overhear the bikies talking about Tex’s ‘cop girlfriend’ and how she was used.

Cash understands how she feels, though, saying that he just got dumped by the woman he was going to propose to.

With both Cash and Rose heartbroken and vulnerable, is this connection between the pair a good sign for the future?