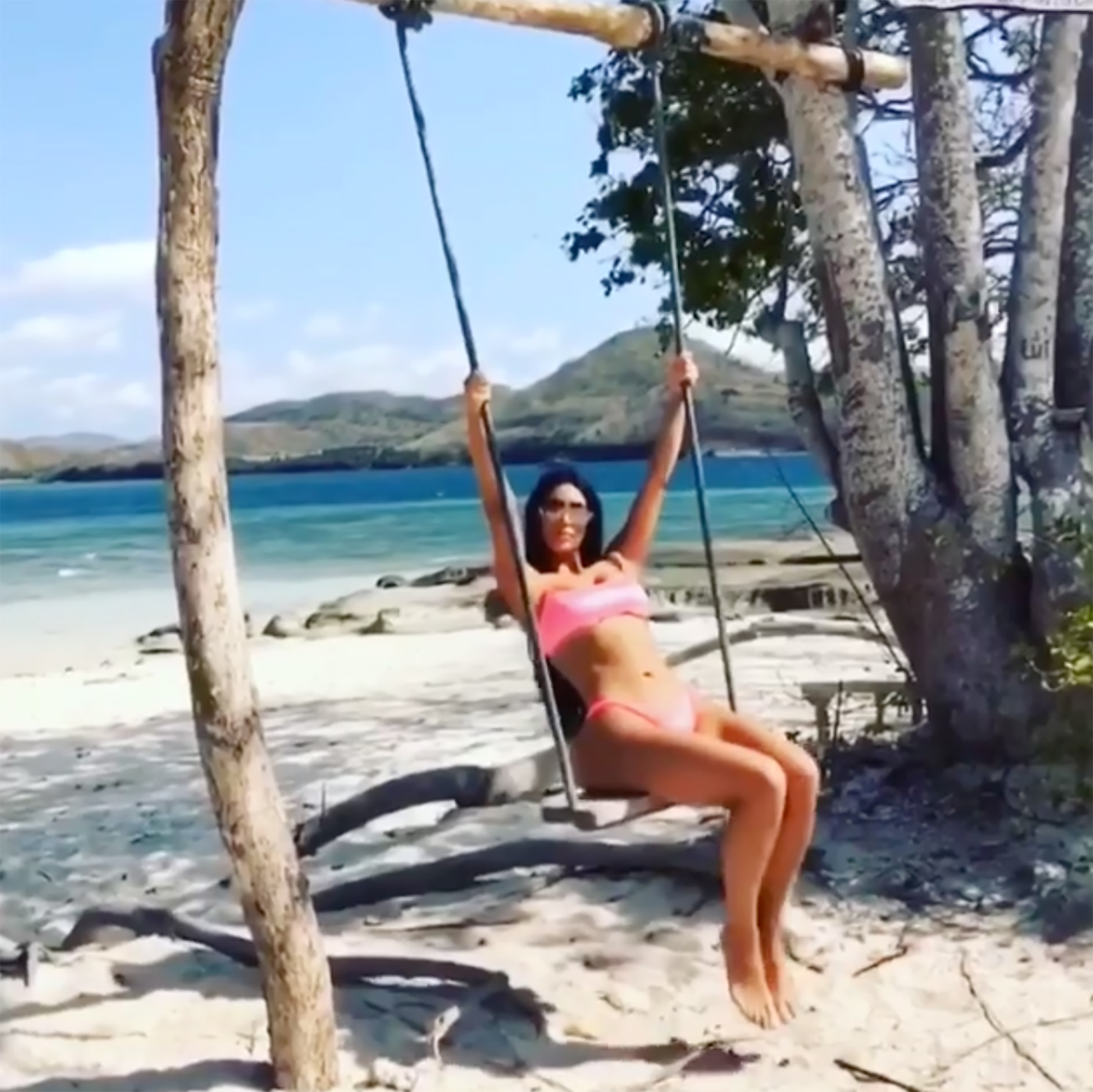 Giving fans their first sneak peek into her recent trip to Bali, Kim Kardashian West shared a short clip on Saturday that showed her playing on a swing set that overlooked the island’s crystal blue waters.

In the video, the mother of three pushed herself off the ground so she could swing back and forth as she enjoyed some beachside fun. Leaning back, Kardashian West, 38, glanced at the camera while showing off her fit frame in a curve-hugging pink bikini.

“Bali,” she simply captioned the image, adding both a pink heart emoji and a palm tree emoji.

Joining the KKW Beauty on the trip were her sisters Khloé, 34, and Kourtney Kardashian, 39, who brought along their children.

Earlier on Saturday, the Good American co-founder shared an adorable photo of her daughter True playing with some toys on one of the trip’s plane rides, while Kourtney has shared multiple photos featuring her daughter Penelope, 6, and son Reign, 3.

While it remains unclear exactly when the famous family traveled to Bali, Khloé tweeted on Saturday morning that she was still “jet lagged,” indicating that they only recently made their return.

Earlier this week, Kardashian West and her youngest daughter Chicago, 9 months, appeared together in a photo shoot for the reality star’s latest addition to her KKW Beauty line: the Flashing Lights Collection.

In the image, both Chicago and Kardashian West had their eyes closed as the latter held her daughter close, wearing bright-pink eyeshadow, a purple silky bottom and no top while they sat together on a shiny blue armchair.

“My heavenly baby! Showing off the new pink shadows in the Flashy Lights Collection wearing Flashy and High Key available at KKWbeauty.com,” the reality star, who appeared topless in the shot, captioned the image.