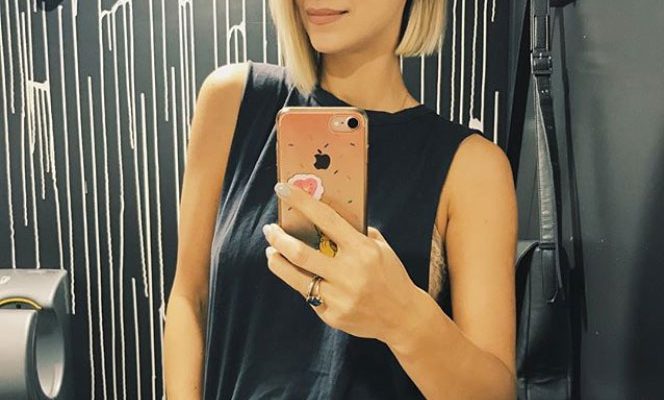 Jonathan Scott and Jacinta Kuznetsov ended their 2-year relationship in April. Just 8 months later, her heart is off the market again, as she announced she’s engaged. But who is the woman who wooed one half of the Property Brothers?

The HGTV contractor, 40, first met Jacinta Kuznetsov, 30, at a charity gala in 2015, but it was far from love at first sight. “I kind of shrugged him off at first,” Kuznetsov told PEOPLE of her then-boyfriend in March 2017. But after Scott “proceeded to social media stalk” her, she decided to give the relationship a whirl. And “It’s been happiness ever since,” she said at the time.

The pair called it quits in April 2018 after about two years of dating, both sharing sentimental messages on Instagram. “Sometimes life takes you on unexpected paths and those paths aren’t always in the same direction,” Scott wrote. “There’s no drama or negativity; no jealousy or hate. Not even sadness or sorrow. Our memories are filled with joy and we will continue to advocate for each other as friends wherever we go.”

In November, Kuznetsov revealed via Instagram that she is engaged to photographer, filmmaker and conservationist Will Allen, less than a year after her previous romance ended. Per her post, she’s known her new fiancé since before she met Scott.

“Thank you for your friendship for six years, my love. I am grateful we figured it all out. And thank you for asking me to be your bff forever,” she wrote on Instagram alongside a gallery of photos of the pair. She included “#yesyesyes” and a diamond ring emoji.

In a statement to PEOPLE, Scott said of the news, “I wish Jacinta the very best always.”

Here, five things to know about his former leading lady.

Kuzntzov did not make it easy on Scott during their first date. “I felt this overwhelming urge to learn everything about Jacinta, but I didn’t want to delve too deep on a first date and come across as pushy. So I asked about her career and fished for any similarities,” Scott said. “The conversation was pretty routine for first-round pleasantries— when all of a sudden, she dropped a bomb,” telling him, “‘Ugh! You ask the worst questions. Ask something interesting.’”

That comment led them to promptly call it a night, but he later texted Kuznetsov and apologized for how things went down. Luckily, she responded. “At that point I discovered I had it all wrong. Jacinta is the most sarcastic person I’d ever met,” he says. “We decided it was worth starting fresh and attempted a new first date the following night. I promised to drop the drama and she pledged to set aside the sass. It turned out to be the beginning of something truly special.”

2. She worked with Drew and Jonathan.

Similar to Jonathan’s twin Drew’s wife, Linda Phan, (the pair tied the knot in May in Italy), Jonathan’s long-term love also worked at the brothers’ production company, Scott Brothers Entertainment. Kuznetsov served as a Development Producer alongside Phan, the Creative Director. These days, she and her new fiance appear to be running a wedding venue, Stonedale Farm, in Quebec, where they will also be saying their ‘I dos,’ according to the farm’s Instagram account.

“We are so mischievous,” Jonathan told PEOPLE. And Drew agreed: “If you ever see the two of them sitting there wiggling their eyebrows, something’s about to happen,” he said.

4. She has a strong sense of adventure.

Jonathan and Kuznetsov were a jet-setting duo, visiting destinations from Miami to Kenya together. “We’ll take road trips, or I’ve set up scavenger hunts with all the things that I know she loves,” Jonathan said. “It doesn’t matter what we do, it could be dinner at a hole in the wall, but we always have fun.”

RELATED: Jonathan Scott Believes ‘the Right Person Will Come Along’ After Split from Girlfriend

Kuznetsov fights for feminism , and often takes to Twitter to support causes she cares about. From women’s and LGBT rights to global warming, Kuznetsov is active about taking a stand for what she believes in. Her Twitter bio has called out Sistering, a charity that serves homeless, marginalized and low-income women, in and around Jonathan and Kuznetsov’s former Canadian home base of Toronto.