Common wisdom in pasta cookery has held that the (well-salted) water must be brought to a vigorous, rolling boil before you even think about adding noodles to the pot. For most chefs—especially Italian ones—this remains canon.

But what would happen if you ignored the rules and just tossed in your pasta, covered it with cold water, brought it to a boil? This time-saving method has actually earned favor in certain culinary circles in recent years, and the debate was recently ignited by a single tweet.

When a man took to Twitter recently to tell a story about his girlfriend using the cold water method, many other users quickly piled on to point out the error in her ways.

“Unless you’re using fresh pasta or fancy dried pasta extruded with brass dies and dried low, her method is just fine,” Lopez-Alt wrote. Brown took it a step further, declaring: “I start all my dry pasta in cold water.”

This should come as no surprise to those who have followed their work over the past few years. In 2015, Brown announced on his website that he’d had a change of heart after years of strictly advocating for traditional boiling water, and had now moved on the the cold water method.

“At that time I had not yet developed the instinct to question the classically held notions that had been pounded into my head,” he wrote of his past stance. “And although I may be blocked from ever entering Italy again for saying this: I have come to prefer the texture of dry pasta started in cold water.”

Lopez-Alt even did a side-by-side test on Serious Eats in 2013, and found that pasta started in a smaller amount of cold water actually had the advantage of creating a starchier cooking liquid that helps create the perfect sauce.

I have also had personal success using cold water in the past, but still generally go with the traditional method out of habit, I suppose. In light of the recent debate, though, I took to my Instagram to test it with one of the most iconic pasta dishes out there: cacio e pepe.

Literally translated to “cheese and pepper” in Italian, on the surface the dish could not be more simple—but it can actually be difficult to pull off. The sauce can have a tendency to break and the cheese clump in certain spots.

But using the cold water method in a shallow, non-stick skillet, I found it to be extremely successful. The pasta absorbed the liquid right in the skillet, meaning I didn’t even have to bother with draining it. The water created its own sauce, which was ultra-starchy and thus remained stable and didn’t break. Get the full recipe in the Instagram post below.

However, it’s worth noting that the cold water method is not necessarily foolproof, as Food & Wine‘s culinary editor-at-large Justin Chapple points out. “There’s far less room for error when cooking pasta in boiling water,” said Chapple, adding that “there are far more variables when starting pasta in cold water such as how much water you are starting with, how long the water takes to heat, whether it is fresh or dried pasta, and the density of the particular shape. You really need to pay much more attention to the process.”

So if you’re most comfortable with the classic rolling boil strategy, no harm in sticking with that—but if you’re willing to experiment with something different, it just might change the way you cook pasta forever (and save you some precious minutes.) No matter how you cook it, though, be sure to save some of that starchy pasta water for your sauce. 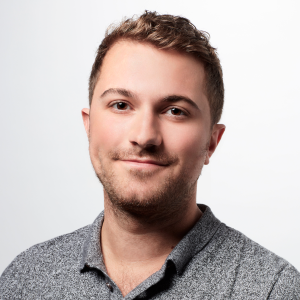