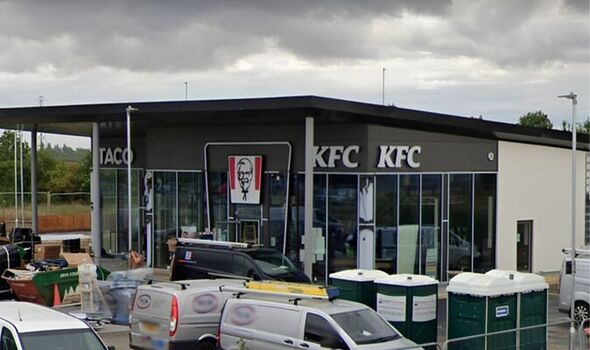 A recent visit to a popular fast food chain has left a woman “shocked, disappointed and upset” after allegedly being mocked by staff. Zoe Smith, from Spalding, Lincolnshire, said she decided to visit the new KFC with her sister and give it the benefit of the doubt – despite seeing bad reviews online.

Speaking to LincolnshireLive, she recalled how the restaurant was “completely empty” when they arrived – apart from the five members of staff behind the counter who were loudly “shouting and laughing”.

Ms Smith sat down and placed her order on the KFC app, but claims she was not informed that the app doesn’t work at that specific store. She says she attempted to order twice before going to the counter and placing a third order to finally receive her meal. After spending over £30, which she hopes to be refunded, Ms Smith said: “We thought whatever and went with it because we were hungry.

“The whole time the five members of staff were shouting, laughing, swearing to each other and then began to make fun of us while we were stood there, saying ‘they want NO lettuce’ and laughing.

“The member of staff pouring our drinks was too busy laughing and joking with the others that she overflowed our drinks all over, she just put a lid on and gave it to us spilling everywhere. The whole time we were eating they were shouting and laughing.

“When we were leaving there was sauce all over the floor by the door and they had simply placed a ‘wet floor’ sign over it rather than cleaning it up. We were shocked, disappointed and a bit upset.”

Ms Smith is not the only one who claims to have had a poor experience at the Spalding KFC, with some Facebook users “disgusted” at the customer service. A spokesperson for KFC said: “Our team members work hard around the cluck to serve fans our delicious fried chicken so we’re sorry to see this feedback!

“We always encourage our fans to get in touch when things don’t go to plan and we’re working hard to make it right!”