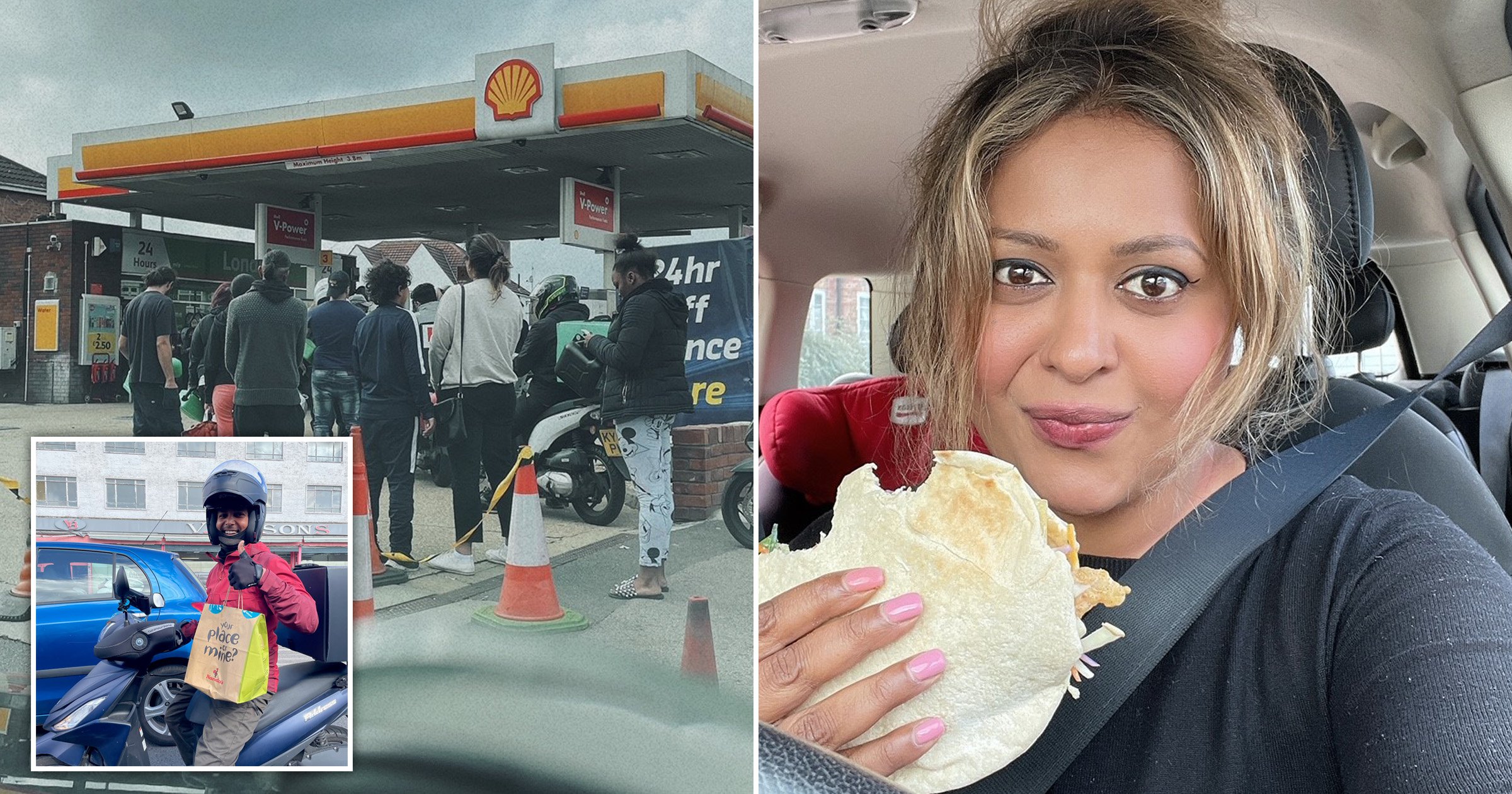 Queueing is a nightmare, but delicious food could certainly help to pass the time.

Getting a Nando’s successfully delivered to a basement flat can be a feat on its own, but somehow a woman managed to get Peri-Peri chicken delivered to her car.

Lily Potkin, 40, was stuck in a two hour queue in Kingsbury, northwest London to get fuel given the shortage and resulting chaos that’s ensued.

On Tuesday lunchtime, she was in ‘the mother of all queues’ and was becoming increasingly hungry.

So she decided make the best of it and order Nando’s directly to her car via Deliveroo, opting for a chicken wrap and Peri-Peri chips.

The ‘genius’ idea was met with laughter by those also stuck in the queue to get petrol.

Lily said: ‘It was really funny. The people behind me saw him delivering it and the mood changed.

‘Everyone was really aggy and then I could see all the people behind me cracking up. They were just in hysterics.’

To make it even better, Lily’s aunty then stopped by to drop off some snacks to keep her going, as she lives just down the road.

Lily continued: ‘I joined the queue just before lunchtime. My car was on zero and I’ve got to do the school run.

‘Everything in me was saying “go home you idiot” as I was sat there getting so hungry.

‘It took me an hour to get around one side of a roundabout.

‘I sat there and I thought about what my husband was having for lunch and got really hungry.

‘The traffic was moving so slowly so I thought I could get a Deliveroo where I was.

‘I put the delivery pin a little bit further down the road and he just pulled up right outside my window.’

The tech firm worker took to Twitter to document her delivery, with readers calling her an ‘absolute hero’.

Once her meal arrived, she wrote: ‘The people in the car behind me are cracking up’, and clearly those not at the scene were amused by her antics too.

Another added: ‘Lily this is spectacular.’

Once she finally arrived, she then got stuck behind someone that filled up with the wrong petrol type – making the process that bit longer.

She said: ‘It’s like the hunger games. The forecourts are filled with people with their fuel canisters.

‘There are normal people marshalling others around the station.