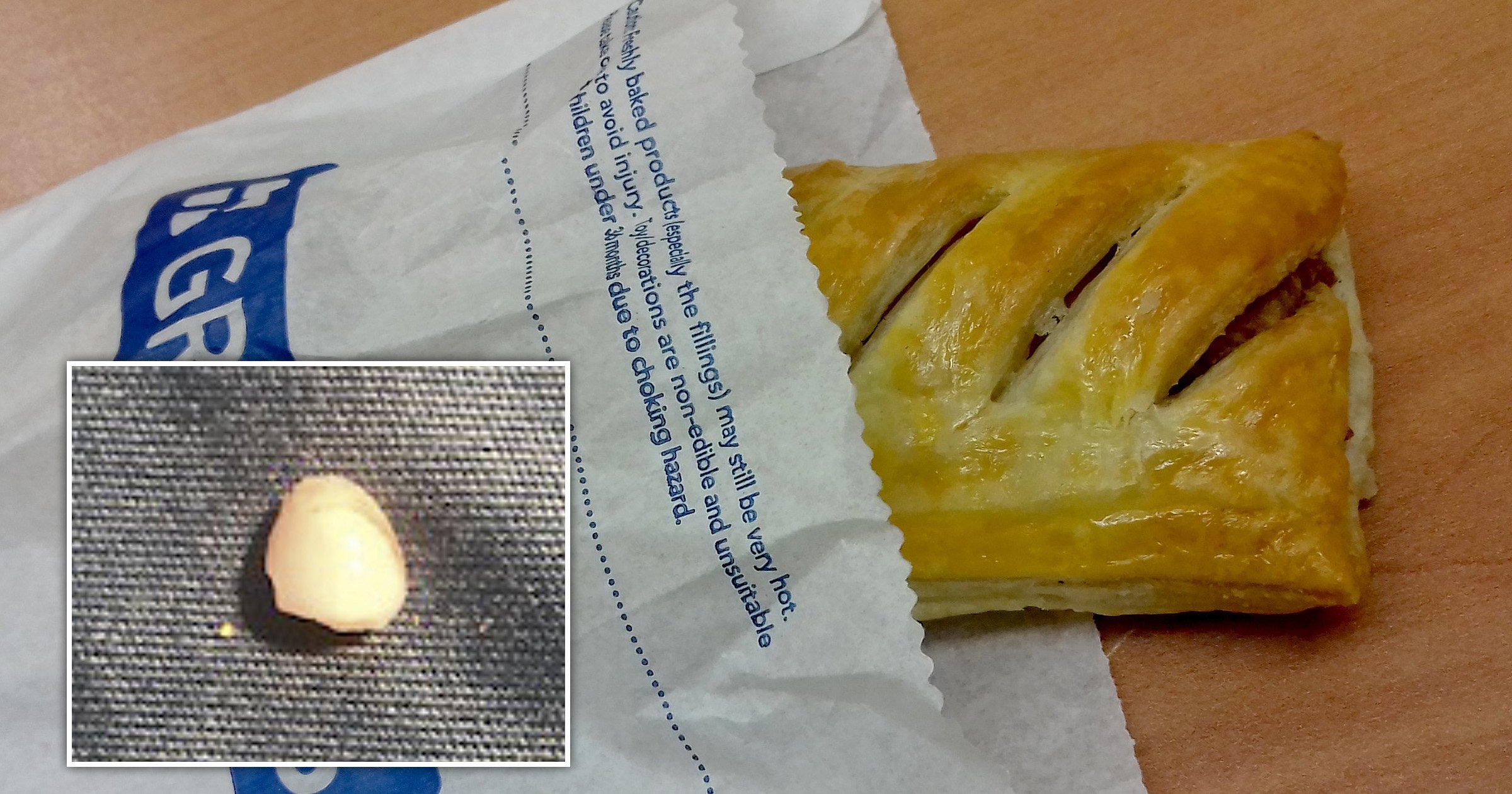 A woman was ‘horrified’ when she bit down on a ‘tooth’ embedded in her Greggs sausage roll.

Actor Liz Morgan, known for her voice work on the original Captain Scarlet TV series, picked up the tasty treat in her local branch in Eastbourne.

Her day took a turn when she took a bite out of the sausage roll and discovered more than meat and flaky pastry.

She was sitting down enjoying it, preparing to munch it quickly as the branch was closing.

‘I was chewing it and I felt something hard. It wasn’t like gristle so I took it out and, God, there it was – a tooth,’ she says.

She continues: ‘I don’t know if it was a porker or whether it’s human. Probably a pig’s would’ve been safer.’

Liz, who has also written radio plays, novels and short stories, told the store manager, who advised her to contact the central customer service team.

‘So I did and I had a long correspondence with customer services who seemed very concerned with it and said they were going to make their own enquiries,’ Liz recalls.

‘So back came the letter to offer me £15. That’s twelve sausage rolls – I could have a set of teeth out of it,’ she jokes.

Understandably, Liz has not been back since the incident.

The store is investigating how this happened, a Greggs spokesperson has confirmed.

‘We take all matters of food safety and hygiene seriously and were in regular dialogue with the customer, keeping them updated whilst our investigations were underway,’ the statement reads.