Chick-fil-A is once again teenagers’ favorite restaurant chain. It is the chicken chains fourth time making the top of the list.

A teen in Wisconsin knew just what to do when she won a free car, immediately handing over the keys to a friend and Chick-fil-A colleague who had been biking almost 7 miles to the restaurant each way.

Winters are chilly in the Green Bay State, and Hokule’a Taniguchi’s bicycle was her only mode of transportation to the chicken chain, Fox 11 reports. The 19-year-old had been peddling from her Neenah home to the Appleton restaurant — about a 7-mile bike ride each way.

“I was biking here every morning, so it was a little rough,” Taniguchi explained. “Because I’m from Hawaii, I was like, ‘It’s kinda cold!’”

The restaurant staff celebrated their Christmas party in January, where some epic prizes were raffled off, including a white Hyundai.

“It was kinda like the rumor at Chick-fil-A that there’s gonna be a car at the giveaway,” Chick-fil-A employee Haley Bridges, 17, said of the hype. “We all put [a ticket in] and we’re like, ‘If one of us gets it, it’s gonna go to [Taniguchi], like no matter what.’ It was not a second thought.”

Calling Bridges a “best friend,” Taniguchi knew she’d be true to her word if she ultimately won.

At the holiday bash, the young women were ecstatic when Bridges’ name was called.

“I literally screeched, like I stood up, and I ran over to her, and I gave her like the biggest hug!” Taniguchi recalled. “I really just started crying, because I was so happy and I was like, ‘Oh my gosh! I can’t believe this is real!’” 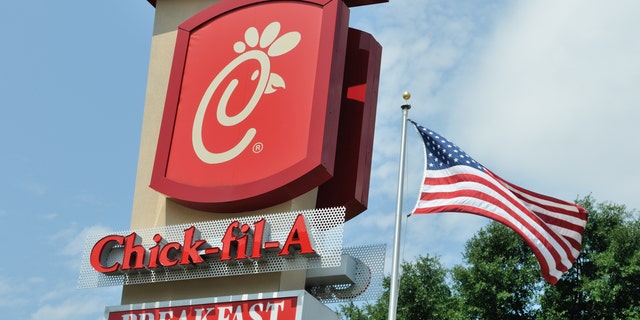 “Now I can go grocery shopping, I can like go to work like five minutes before [my shift] now, instead of like two hours earlier, just to get here on time,” Taniguchi explained.

“There’s a million more opportunities and possibilities for me now.”