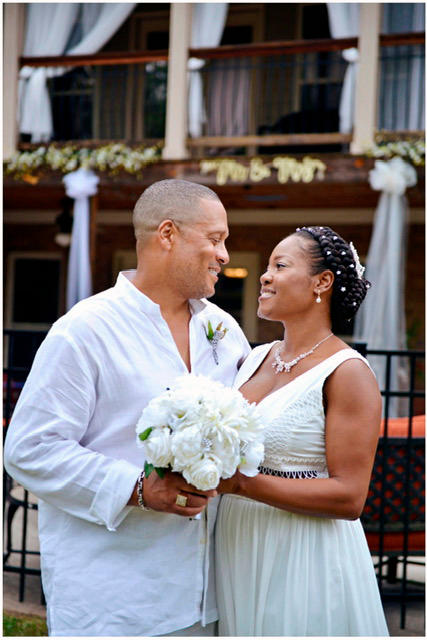 Pat Neely thought he would never get married again.

The former host of Food Network’s Down Home with the Neelys—who split from his wife and co-star Gina in 2014—was prepared to be a bachelor for the rest of his life.

“Initially, I thought that was what my life was set out to be,” he tells PEOPLE exclusively for this week’s issue, on newsstands Friday. “I was going to be single and focus on my career.”

But while appearing as a celebrity chef on the Tom Joyner cruise in 2015, Pat met Tamika Parks, a registered nurse-anesthetist—and everything changed. “I guess you could say it was love at first sight,” says Pat. “Tamika took me off guard.”

RELATED: Pat Neely Speaks Out 4 Years After ‘Devastating’ Divorce from Gina—How He Found Happiness After Heartbreak

After returning from the cruise, the pair dated for a year before Pat popped the question on Christmas Eve in 2016. By October of the following year, Pat and Tamika had moved into a house together outside Atlanta and tied the knot in an intimate, backyard ceremony.

Although Pat and Gina became famous for their public displays of affection on their Food Network show, Pat was decidedly more private about his relationship this time around.

“I just felt like for once in my life, I would love a little privacy from a personal standpoint,” he says. “My personal life had been so public, and I wanted to give Tamika time to adjust to me and for us to adjust to one another, and not just display her in social media.”

“I wanted to give her a chance to warm up to my career and not just thrust her into a bunch of stuff,” he adds.

For read more about Pat Neely’s exclusive story, pick up the latest issue of PEOPLE on newsstands Friday.

Now that Pat and Tamika have expanded their family with new daughter Eriel, 3 months, he is ready to share his joy with the world.

“I am the happiest that I have ever been as an adult right now,” says Pat, who also considers Eijah, 5, Tamika’s son from a previous relationship, his own child, and shares two adult daughters with ex-wife Gina. “I can’t believe it took 54 years to get here. There was a point in time when I didn’t know if I would ever reach this place, because divorces are always devastating.”

Although he says that having a new baby at his age might be an adjustment for some fathers, he’s loving every minute of it. “As a matter of fact, it’s been just the most exciting thing because I love the excitement and the noise,” he says. “I walk around here singing with a smile on my face.”