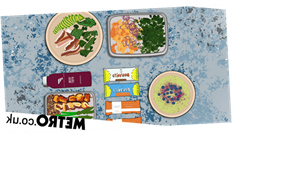 This year has been all about the keto diet, CBD oil, and probiotics.

2017 was the year of charcoal everything (although that’s a trend that’s still going strong at Starbucks, in the form of the Phantom Frappuccino).

What foodie future does 2020 have in store?

According to Whole Foods, it’ll be a year of fancy flours, meat-plant blends, and spreads. Interesting.

Each year the healthy food store asks a panel of trend-forecasters (cool job, right?) made up of culinary experts, buyers, and foragers what they reckon will be the big food trends from the year ahead.

As we’re more than 90% through the year and the end is nigh, Whole Foods has thus revealed their predictions for the year ahead.

Ready? Here’s what they said, accompanied by a little explainer of what on earth each healthy thing actually is.

Okay, so 2019 might have seen us take aim at straws and excess plastic packaging, but in 2020 Whole Foods’ experts think our focus will be on regenerative agriculture.

This is a fancy way of saying ‘creating food while helping the environment instead of wrecking it’.

So the process of farming might involve restoring degraded soil or planting trees along the way, but the main aspect is drawing carbon out of the air and into the land.

This will be a major buzzword (or buzz… term) for the year ahead, but people have been doing it since at least 2015.

Not just your standard self-raising bag, to be clear.

Apparently 2020 will be the year we embrace new types of flour into our lives, such as cauliflower flour, banana flour, and tiger flour.

Whole Foods says rich, earthy dishes containing tomatoes, onions and chili peppers as a base will be popping up all over the place.

Look out for West African restaurants serving up bunny chow and jollof.

Snacking is always a trend in our hearts, but in 2020 we’ll move on from handfuls of almonds and entire sleeves of bourbon biscuits to snacks that live in the fridge rather than in your desk drawer.

Or so says Whole Foods, who predict we’ll be grabbing fresh snacks prepared and portioned in advance, such as hard-boiled eggs, pickled vegetables, and mini dips and dippers.

5. A farewell to soy

Nut butters that aren’t just almond or peanut, seed butters, and chickpea butters. Grab all the spreads and butters you can, smear them over a slice of toast or a cracker, and enjoy.

Remember that time when everyone was asking for agave nectar with their tea?

Expect more of the same, but this time with fruit-based syrups made from dates, pomegranates, or coconut.

Do we understand the point of having a veggie burger mixed with meat? Not really.

But this trend will keep going strong in the new year, with the intention of appealing to those who want more plants in their diet without ditching meat.

Keep a close eye on packaging, as that ‘flexitarian’ burger might be a beef and mushroom combo.

Going sober has been a massive movement this year, and it’s not going to slow down in 2020.