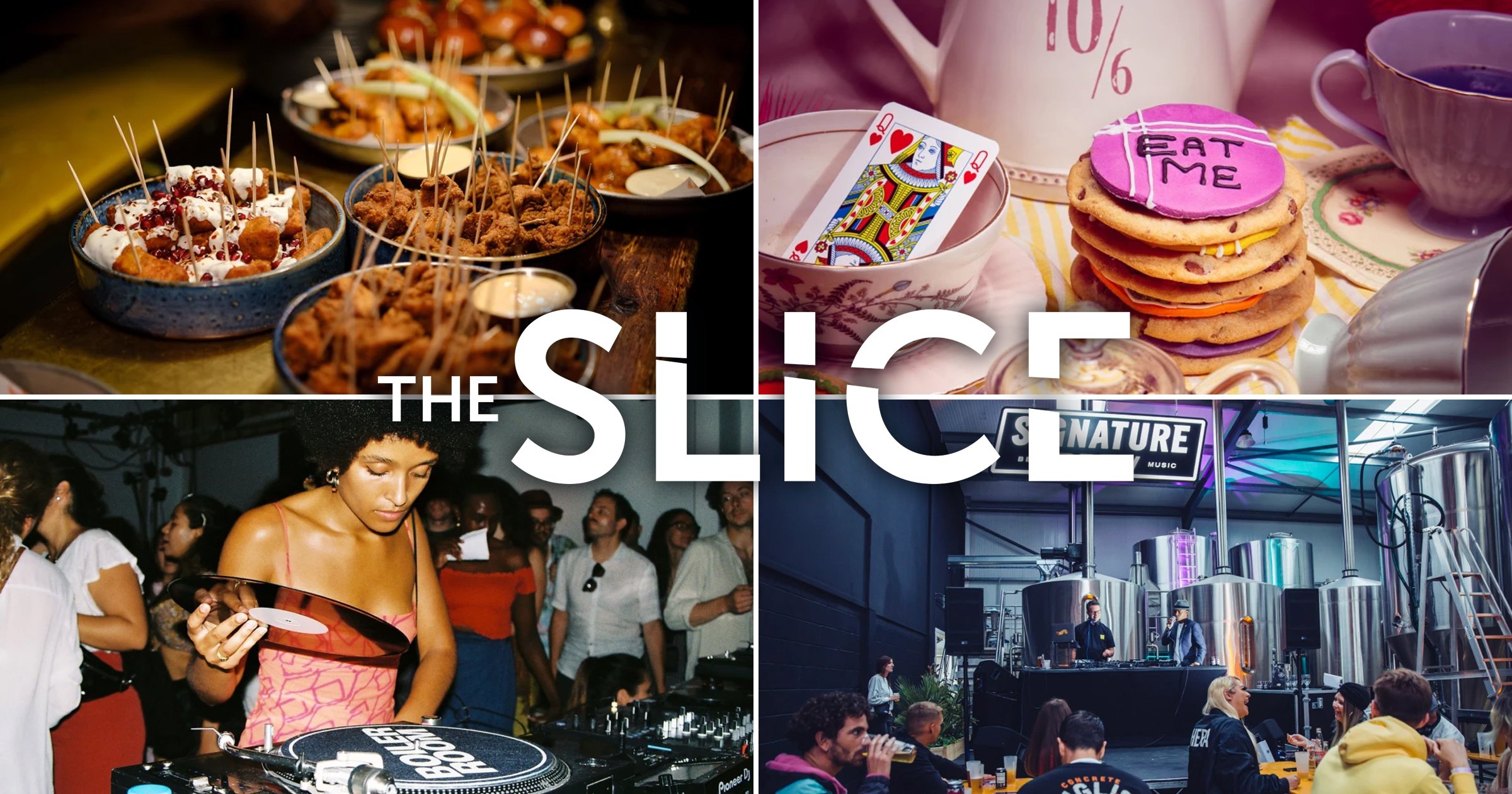 We hope you have the wardrobe for this week because you will be playing many roles.

From secret agent trying to bring down a mafia boss to 90s club kid, from feminist activist in disco gear to waterborne connoisseur of fine foods and from beer-swilling stand-up comedy aficionado to late night popcorn chicken-scoffing cocktail-drinker.

You might want to consider ringing the changes with jewellery and accessories.

Once upon a time in Camden

Books. Remember them? Those little blocky things that you could rest your coffee on or carry to make dates think you were smart?

Oh, we miss books. Well not only are they still out there, but there is a thing called World Book Day, where books are celebrated. All over the world. All day!

And seeing as it’s the 25th anniversary of World Book Day, Camden Market – all the different bits of it – are dedicating the weekend to children’s books with authors Konnie Huq, Nicholas Allan, Philip Ardagh and Holly Webb reading – out loud! – from their work!

Who runs the world? Girls!

From kids to grandmothers, there’s something for everywoman at the wonderful Women of the World Festival down on the Southbank.

With an eclectic line-up that ranges from writer Marian Keyes to musician Laura Mvula and from activist (and legend) Angela Davis to comedian Bridget Christie, there will be talks, discussions, debates, performances and tons of our kind of people to make new connections with while we get our heads around subjects from sex to career changes.

And, perhaps most fun of all, an after-party at Spiritland Royal Festival Hall on March 11 and 12 with DJs Paulette, Norsicaa, Lakuti and Zakia bringing jazz, disco, RnB, house…

We’d say ‘Who runs the world? Beyoncé!’ But we already knew the answer anyway.

Now we all like a good laugh but there’s nothing funny about beer from £5 a pint with world-class comedy thrown in for good measure.

That’s what’s being served up at Signature Brew’s Walthamstow brewery and Hagerstown bar (why does east London get all the fun?)

It’s part of a partnership with Objectively Funny and it brings together two of our favourite things in the whole wide world – laughs and booze.

And how well they go together!

Manchester meets London (it’s a match made in heaven!) at the Roundhouse with the matchmaker one Mr Scruff, DJ and producer to the stars.

Apart from rocking the decks (do people still talk like that?) he will be presiding over a menu that includes the tip of the top, cream of the crop including the soulful DJ Tarza and Children of Zeus and Deptford collective Steam Down bringing an epic six-hour soul/jazz/hip hop/house set, all under the MC-ship of Manchester’s finest MC Kwai, a legend in those parts since the 90s.

If you’re into your classic dance nights out, there really is nowhere else to be this Friday.

We love it when two things we have a lot of time for come together, in this case food and boats.

Oh and Fin and Lorcan Spiteri, the brothers behind Caravel, a new boat/restaurant bobbing about on the Regent’s Canal.

Lorcan brings his experience at such spots as Quo Vadis and Oldroyd to such treats as sesame prawn toast with spiced tartare, confit duck rissoles and violet artichoke with kohlrabi… and that’s just – literally! – for starters.

The menu spans British, French, Italian (there’s even a curry sauce in there) while the boat is a lovingly restored thing of beauty seating 40 with an open kitchen so you can keep your eye on the action.

You’ve got to love a spot where you can start with dinner and find yourself hours later getting on down… from out to out out.

That’s what will be going on at Coqbull over in Spitalfields where burgers and rotisserie chicken morph into after-dinner drinks and then pre-club lounge sessions with Coqtails, DJs – Lulu Levan, Frank is Franck, Isaak from Earth – and an exclusive late-night bar menu of popcorn chicken, nachos, free-range wings and halloumi fritters in case you get the munchies after that little lot.

Yes, we’re going to pretend it’s pre-clubbing but we think we all know it is going to be instead of clubbing. Listen, they don’t have popcorn chicken where we normally go.

From Friday, 65a Brushfield Street, E1

How do you fancy taking down a major Mafia boss this weekend? Might as well, right?

Well that’s what’s on offer at Electric Gamebox where they have launched James Bunny: Casino Tropicale, a brand new hyper-immersive secret agent game suitable for anyone with a brain and some imagination over the age of 11.

You go into your own private Gamebox, where you will be transported to a tropical paradise via projection mapping and motion tracking (which all sounds very clever to us!) so you can work as a team to get the job done in the 60 minutes you have.

Teamwork, concentration, the ability to solve puzzles… in fact all the skills you need to work on!

From £20 per person, venues in Southwark and Wandsworth