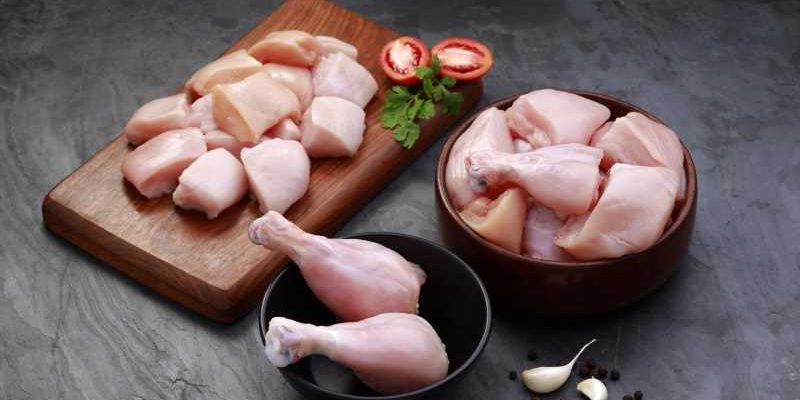 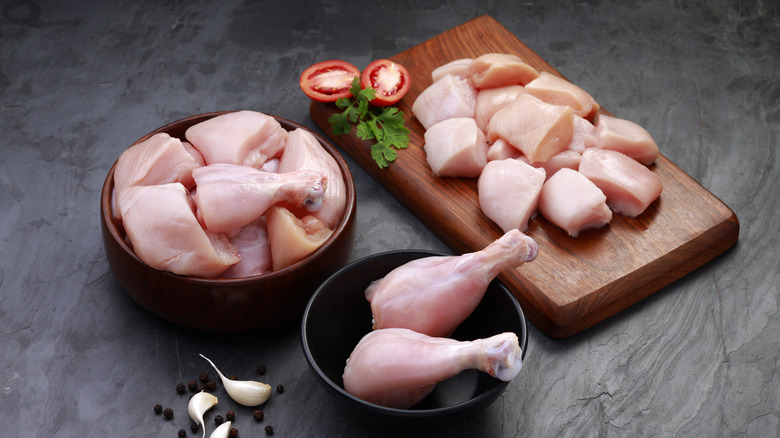 Whether tossing some marinated chicken onto the grill in the height of summer or roasting an entire chicken along with some root veggies on a cold winter Sunday, the high-protein, versatile meat is among the most popular dishes in the United States (via World Atlas). However, as common as chicken is, eating it can be downright dangerous if it isn’t cooked properly.

While some meats like a beef steak can be cooked medium-rare or rare and still be generally considered safe for consumption, this is not the case for chicken. According to Insider, the danger comes from the possible presence of bacteria like salmonella and campylobacter, both of which can cause food poisoning. Salmonella is more commonly present in chicken than in many other forms of livestock, and it is particularly harmful to humans. When ingested, salmonella can cause food poisoning symptoms like vomiting and dierhea, typhoid fever, enteric fever, and other issues. If it spreads beyond the digestive system, it can even be deadly. 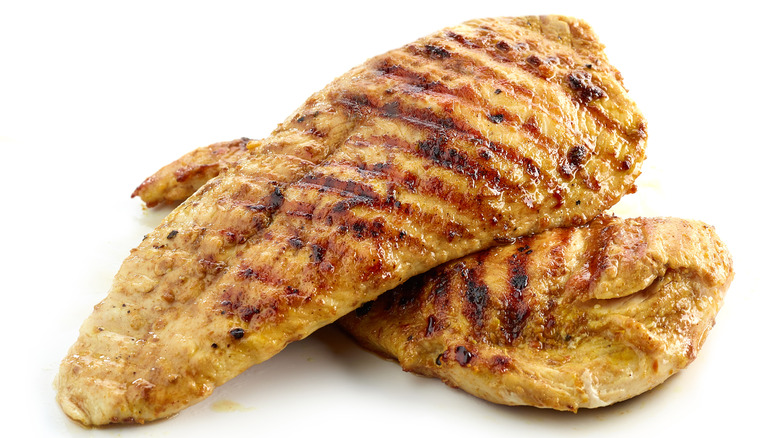 Knowing that eating raw or undercooked chicken is so dangerous is likely to make you think twice before cutting into that next chicken breast on your dinner plate, but there are tried and true ways to make sure that the chicken you’re about to eat is fully cooked. According to Women’s Health, if you are the one cooking the chicken, the easiest way to tell if it’s done is to insert a meat thermometer into the thickest part of the chicken. If it reads 165 F or above, you should be safe!

If you aren’t the one cooking and simply receive chicken on your plate at a restaurant or a friend’s house, you can check whether it’s cooked through by making a small cut in the thickest part of the chicken. If the juices run pink (or anything but clear) or if the meat itself looks pink or even bloody, it needs to go back onto the heat to finish cooking.