America seems to have a love-hate relationship with fast-food restaurants. They’re not exactly in keeping with the current ~wellness~ trend, but judging by sales numbers people just can’t seem to get enough — and some of the lowest-ranked fast food restaurants are also the ones who make the most money. According to Food & Wine, Market Force’s ranking of America’s favorite fast-food chains has arrived and it’s full of surprises this year. Let’s dive in.

The first surprise for us was that overall, Chik-fil-A was ranked as the nation’s favorite fast-food restaurant, according to the 7,600+ consumers polled. We were surprised so many people flock to this chain even though they have made their anti-LGBTQ views known.

They’re not great to work for if you’re LGBTQ, either — their employer nondiscrimination policy doesn’t include LGBTQ people as a protected group, and they don’t include LGBTQ issues in their diversity training.

There were other surprises on the list that, thankfully, didn’t have to do with discrimination.

In-N-Out burger was rated the best burger restaurant, a little surprising considering that it’s a regional chain that only has locations in six states. It was also surprising to see that McDonald’s was rated dead last when it comes to burger restaurants, especially considering that it’s the most financially successful fast-food burger chain in the country. 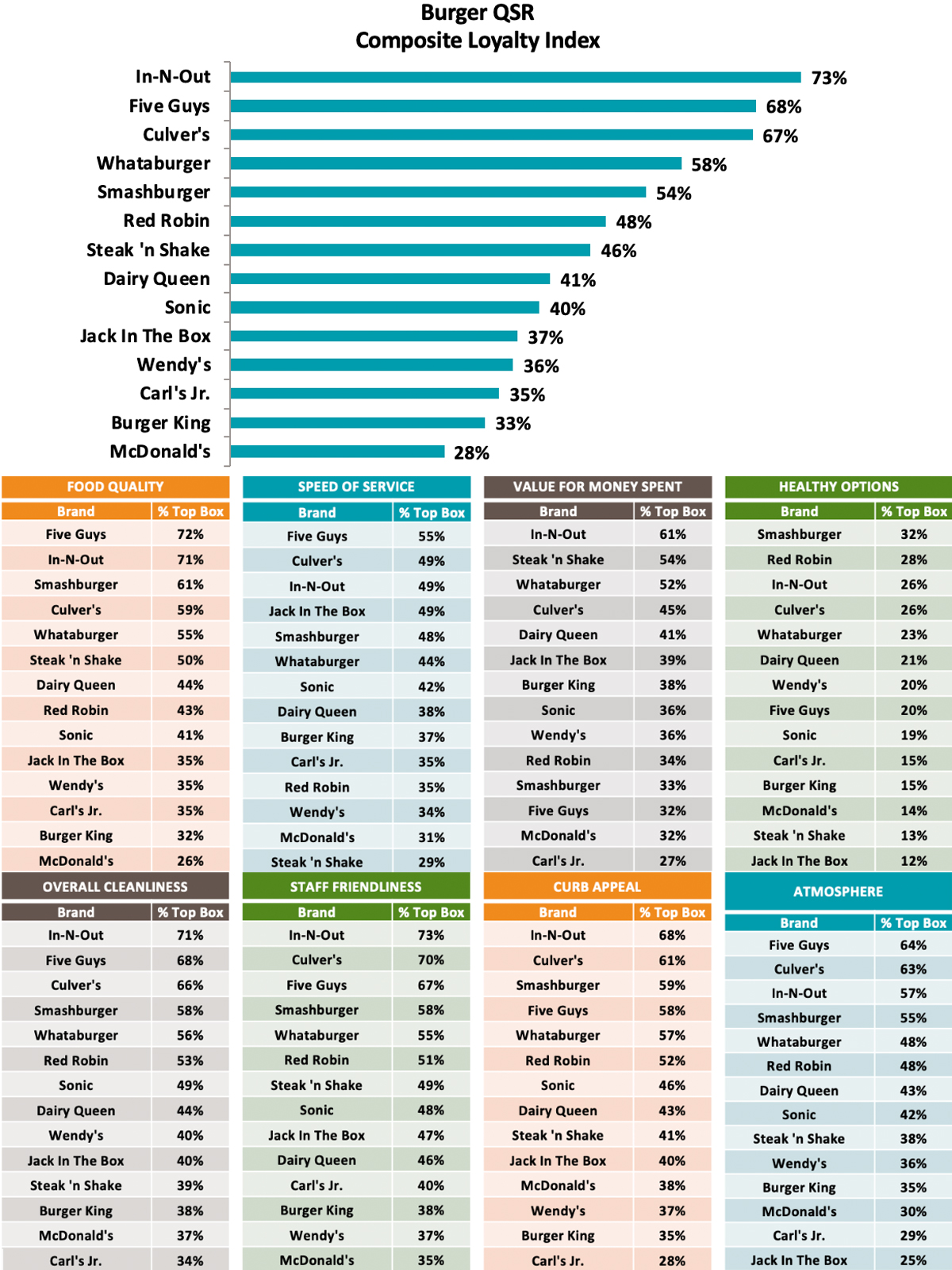 Chik-fil-A won the chicken category, with Raising Cane’s coming in at a very close second — they were separated by a single percentage point.

Jersey Mike’s was ranked the number one Sandwich chain, with Subway coming in last in the category — again proving that ubiquity and sales don’t necessarily mean that a chain is a success in the eyes of its customers.

In the Mexican food category, Chipotle was ranked number one, which maybe signals that they’ve finally escaped the years-long fallout from their food safety scandals. Taco Bell is ranked last in the category, which honestly is ludicrous — you can pry my fresco-style Crunchwrap sub beans out of my cold, dead hands.

The pizza category totally threw us for a loop. Blaze Pizza came in first, followed by Papa Murphy’s and Marco’s Pizza. Blaze Pizza is a pizza place modeled after Chipotle, where you go in and your pizza is assembled in front of you when you order. Papa Murphy’s specializes in take-and-bake pizzas that you make in your own oven. It’s interesting that the top-two pizza restaurants are so different from the typical pizza delivery place, but it’s also exciting to see the variety in the pizza category. We want as many types of pizza as possible available to us at all times, duh!

Rounding up the survey is the Coffee and Bakery category. It hurts my New Englander’s heart to see that Dunkin’ Donuts is at the bottom of the pack here. Krispy Kreme reigned supreme in the category, and Starbucks was right in the middle.

Take this with you as a trusty guide the next time you’re trying to decide where to spend your hard-earned cash at lunchtime.