Collard greens and mashed potatoes are the favorites of some, stuffing and green beans the choice of others as we prepare for Thanksgiving.

Clearly, preferences for the food pairing with that turkey vary widely. So what side dish reigns supreme in every state in America? That’s what Zippia.com, a career and jobs website that specializes in analyzing public data sets, sought to determine.

“Since Thanksgiving is one of only 10 federal holidays, we decided to analyze the data to see how workers would be spending their day off. It turns out, doing a lot of cooking. Using Google Trends, we were able to find what recipes are spiking in search volume — and where in the country certain recipes are more popular than others,” Kathy Morris, marketing manager at Zippia, told Fox News. 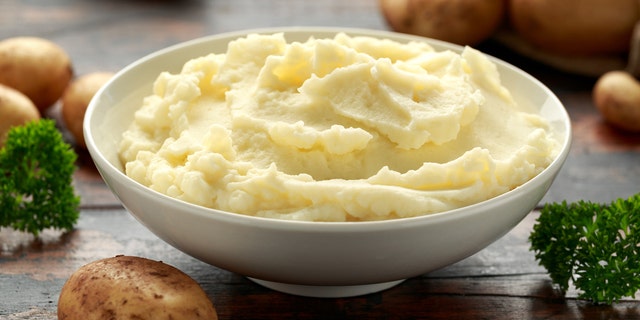 Mashed potatoes are the number one Thanksgiving side for the second year in a row, according to Zippia’s findings. (iStock)

This year’s No. 1 side is the same as last year’s, Morris said.

“For the second year in a row, mashed potatoes are the most popular recipe — with various types of breads also dominating the map,” she said, adding that greens and veggies remain a far less popular option for the holiday table. 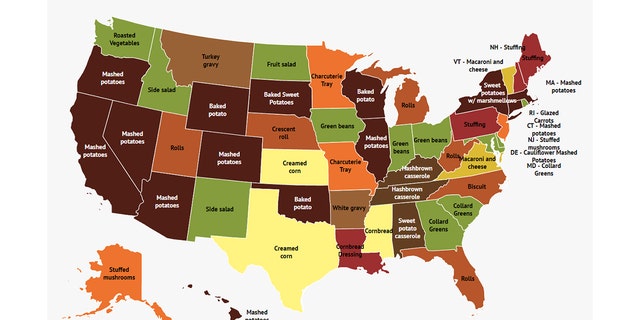 Speaking of lackluster sides, Instacart recently crunched numbers to unearth the most disliked Thanksgiving side dishes, and the results may surprise you.

When it comes to the good sides, Zippia’s findings didn’t stop at mashed potatoes and types of breads like rolls and cornbread. Multiple states also showed their love for macaroni and cheese, baked potatoes and charcuterie trays. 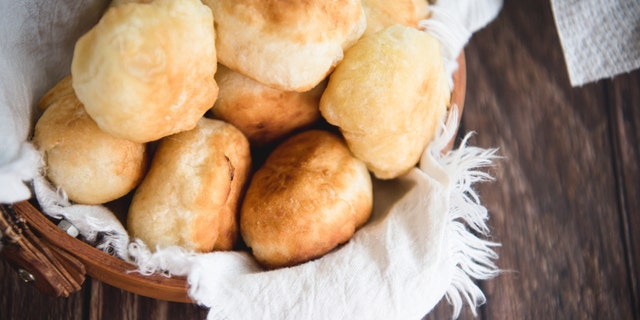 Another top favorite this year is dinner rolls and other kinds of bread, according to Zippia. (iStock)

Collard greens, creamed corn, stuffed mushrooms and green beans even made repeat appearances on Zippia’s list, appearing as the most-searched-for side in more than one state.

To see what your state’s most popular Thanksgiving side is according to Google searches, see Zippia’s list below and read the full blog post here.

Every state’s most popular Thanksgiving side dish, according to Google data