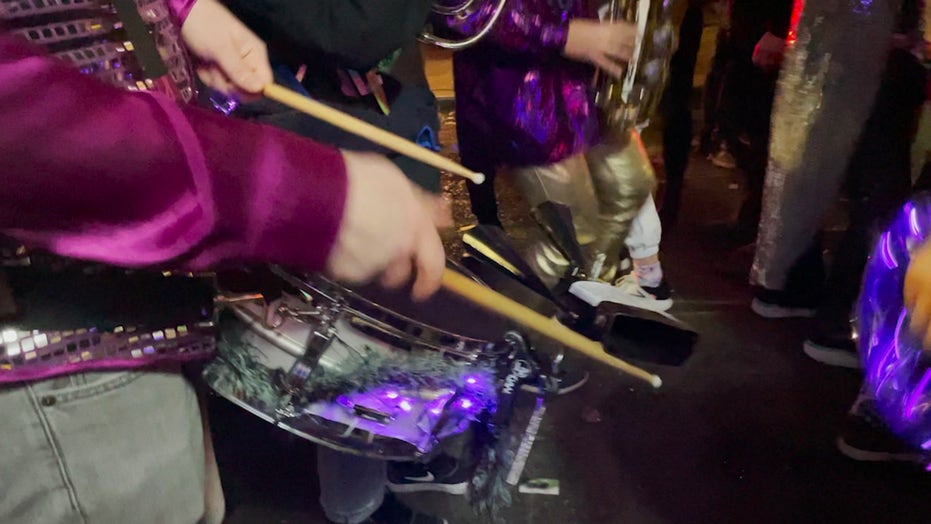 ‘Let the good times roll!’ After a year of shutdowns, Mardi Gras returns to New Orleans

COVID-19 shut down Mardi Gras parades last year, but the tradition is making its comeback.

Chef David Guas should be on your radar when it comes to king Cakes – a sweet bread-like dessert often eaten during Mardi Gras celebrations.

The New Orleans native, who is owner of Bayou Bakery, Coffee Bar & Eatery in Arlington, Virginia, shares with Fox News Digital a little history on the beloved confection, plus why you’ll find a plastic baby inside of king cakes.

“King cake is to Mardi Gras as pumpkin pie is to Thanksgiving — without it, the holiday just would not be the same! Every table in every home, office, cafeteria and lounge will be graced by a king cake at some point between Twelfth Night on Jan. 6, and Fat Tuesday, when Lent begins,” said Guas, who is also author of “Dam Good Sweet: Desserts to Satisfy Your Sweet Tooth, New Orleans Style.

“During this time, which can happily stretch for months depending on the calendar year, New Orleans is invaded with king cakes and parties,” he added.

As Guas explained, there is much lore about the origins of the king cake ritual.

“One fanciful tale traces it to Western European, pre-Christian societies in which whoever found a coin or bean in a special cake was crowned King for the year,” he said. “Whether the story was true or what you believe, Christians have long served cakes containing coins or gilded beans for the Feast of the Epiphany or Twelfth Night, a celebration of the visit of the three wise men—the Magi or Kings—to the infant Jesus 12 days after his birth.” 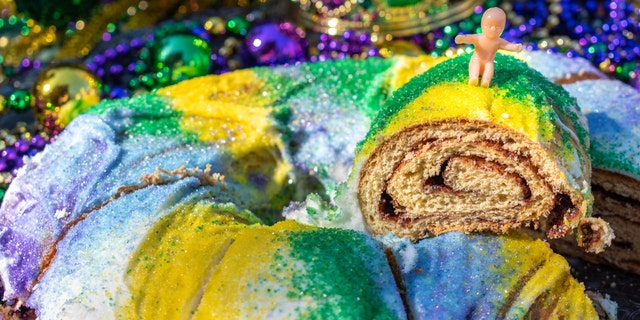 As we celebrate Mardi Gras, David Guas, a New Orleans native and pastry chef, dishes on why King Cakes have a plastic baby inside of them.
(iStock)

Shifting from coins and beans to plastic babies apparently took place at the end of the 19th century.

“Current king cake rituals in New Orleans evolved from the late 1800s when Mardi Gras Krewes (a term for parade and party organizing society groups) used these cakes to choose queens and kings to preside over weekly balls, beginning with the Twelfth Night Ball,” said Guas, noting that the king cake tradition is thought to have been brought to New Orleans from France in 1870.

Guas said that after seven days, the person who finds the baby in their slice will bake the next one.

“With the bean now a baby and the ball a bacchanalian celebration, the cake remains a sweet way to break bread with your fellow revelers,” he said.