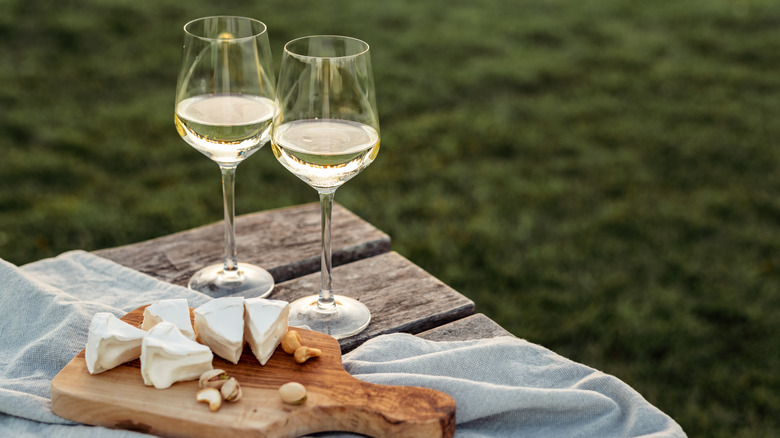 Wine and cheese — they’re a classic pairing that’s hard to get wrong. Wines range from bright and acidic to full-bodied and sweet in the same way that cheeses range from soft and pungent to hard and nutty.

There’s a science behind why the two flavors complement each other so well. According to a study from 2016 published in the Journal of Food Science, researchers found that study participants were able to taste more of the flavor notes of the wine after they had eaten cheese. Wine and cheese obviously go together, but if it’s your first time pairing wine and cheese, there are a few classic combinations you’ll want to try.

There’s a reason that chefs, foodies and culinary experts live by the mantra, “if it grows together, it goes together.” Flavors that pair well often share a common terroir. It also happens to be a great place to start when choosing complimentary wines and cheeses. Unlike modern times where we can get cheese and wine from all over the world in our grocery store, historically, wine and cheese pairings would be based on what could be acquired locally (via Wine Cooler Direct). If you build your wine and cheese pairings around a region, it also brings in a cultural connection to your tasting. For example, goat milk cheeses that come out of the French Loire Valley pair well with sauvignon blancs from the same region (via Castello Cheese).

Think about flavors and acidity when choosing your wine and cheese 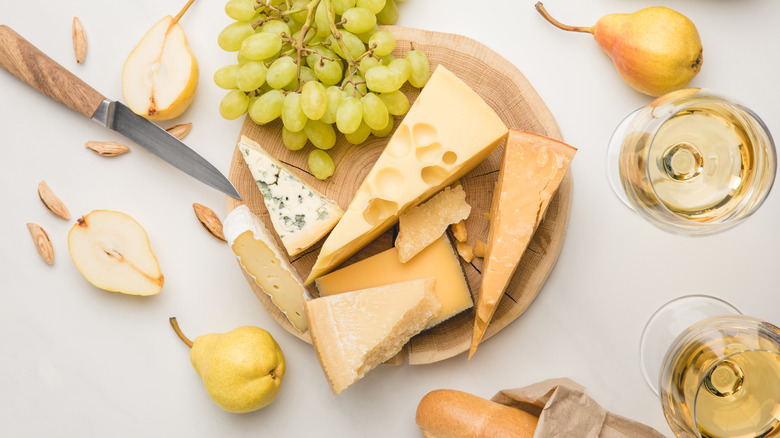 Chardonnay is a versatile white wine and, according to Kendall-Jackson winery, a chardonnay really has range when it comes to flavor. From light and fruity flavors to more nutty and mineral nuances, some chardonnays even boast deeper toasted notes, making it the perfect option for a variety of palates. Kendall-Jackson recommends pairing light cheeses, particularly goat cheeses, with unoaked, pale yellow chardonnays, and for the oaked varieties, they suggest pairing them with creamy cow and sheep’s milk cheeses.

Compared to chardonnay, sauvignon blanc is generally lighter with more herbaceous and acidic flavors (via Halleck Vineyard). It also has versatility for cheese pairing; it goes well with feta as well as chevre (via Kendall-Jackson winery). With its light, herby flavors, the wine also pairs well with Gruyere, Boursin, and Havarti (via Love to Know).

Pinot grigio is crisp and more neutral than chardonnay and sauvignon blanc, and it often has acidic and citrusy flavors (via Leaf). To really savor the delicate notes of a pinot grigio, pair it with a smooth, soft mild cheese like mozzarella or brie (via Vine Pair).

If you want bubbly, champagne goes well with brie since, according to Wine Folly, the bubbles and the acidity work well as a counter to brie’s creamy density. Furthermore, buttery cheeses like Baby Swiss and whole milk Gouda also pair well with a celebratory toast (via Wisconsin Cheeseman).

An off-dry Riesling pairs well with a lot of cheeses 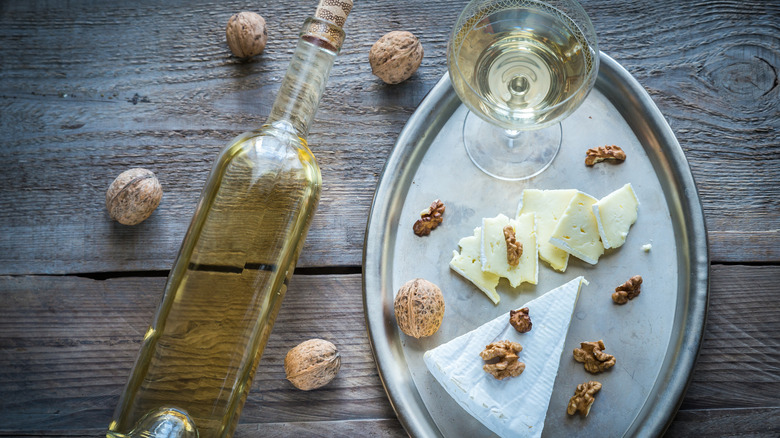 If you’re getting your bubbles from prosecco, brie would also work, but prosecco pairs particularly well with Parmigiano-Reggiano. The saltiness of this cheese perfectly complements the sweetness of the prosecco (via Assagio Boston).

Rieslings are also known for being sweet, making them a good pairing for feta, aged Gouda and blue cheese, according to CGT wines. Rieslings can also be dry to semi-dry which would pair well with Camembert or brie. Additionally, dry Rieslings also complement nicely with Swiss, Monterey Jack, Havarti, and Muenster (via Wisconsin Cheeseman). And, if you want to choose just one wine, an off-dry Riesling is recommended by Serious Eats as the number one go-to for most cheese pairings since it has a combination of acidity, minerality, and fruit flavor.

If you’re putting together a wine and cheese tasting, start with the lightest pairings and the mildest cheeses first before moving to the richer options (from Wisconsin Cheeseman). Experiment with different combinations and make a note of what you like the most. The most important thing to keep in mind is that the taste is what really matters.