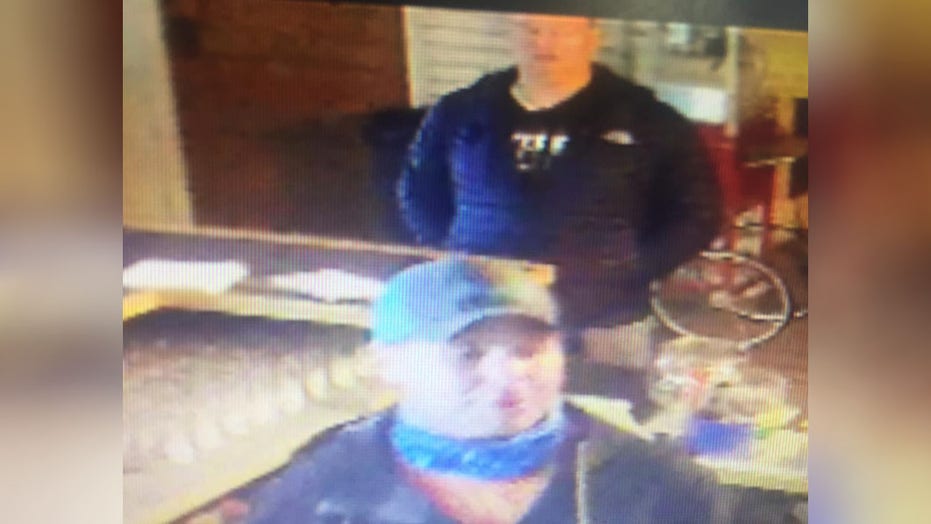 It’s probably not a good idea to invite children to a crime.

Security cameras at a Michigan brewery caught multiple people allegedly entering the premises while it was closed and helping themselves to some drinks. Then, they seemingly invited more people, including children, inside the brewery despite the fact that it was clearly not open to the public.

The unidentified individuals entered Soo Brewing Company, in Sault Ste. Marie, Mich., on Saturday, while the business was closed to customers, according to brewery owner Ray Bauer. Bauer further told Fox News that he thinks the men may have entered through an unlocked door, though he can't be certain.

“It started with just the two men, and after a while, they got on their phones and soon, there were more adults and a handful of kids,” Bauer told Fox News. “It seems to me that they actually called those people and invited them down, despite the fact there were no workers, no other customers, no lights on, no music playing and the open sign was off and furniture had been removed.”

He also said that he doesn’t believe the incident was planned ahead of time, but thinks the group was just acting out of a sense of entitlement. Bauer also explained that, as a father himself, he was upset that these people brought children along and allowed them to “run roughshod through my place.”

Bauer confirmed that the group took nine beers (along with soda for the children), although he said that the lost revenue isn’t his main problem.

“It’s not really about the money. It really isn’t. … It’s about the sheer audacity of it, to me.”

While many in the community have been supportive in the wake of the incident, Bauer says that some on Facebook claimed that the suspects indeed entered through an unlocked door, then their actions are somewhat justified.

But when Bauer’s landlady made him aware that something was going on at his brewery, he started to head over to investigate — and that's when they finally dispersed.

“To me, the fact that they all immediately cleared out would indicate they knew they were in the wrong,” Bauer said.

Bauer is now in contact with authorities amid an investigation, he said, adding that he will be providing them with the footage once it has been extracted.

Justin Bieber Reveals How Many Kids He Wants To Have