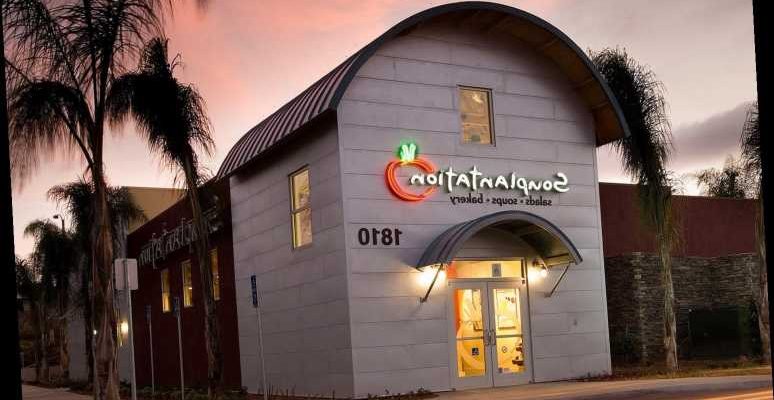 Souplantation — also known as Sweet Tomatoes outside of Southern California — has unfortunately had to permanently close its doors amid the coronavirus pandemic. Fortunately, superfans can keep the spirit of the buffet chain alive with their at-home recipes.

Over the years, Souplantation has periodically posted some of their most popular soup and salad recipes on their blog. Some favorites include Chicken Pot Pie Stew and Pumpkin Bisque Soup. The blog also showcases numerous salad variations and multiple 700-calorie menus that can easily be replicated with common pantry and produce items.

Along with in-store staples, the Souplantation blog features some fun recipes for special occasions like Baked Potato Nachos for game day. It also includes various helpful posts including a soup and salad pairing guide — the handy guide can help you spice up your meals if you've run into a rut in the kitchen while social distancing.

The parent company for Souplantation and Sweet Tomatoes made the difficult decision to shutter all 97 locations and lay off its workforce, Garden Fresh Restaurants CEO John Haywood confirmed to the San Diego Union-Tribune on Thursday.

“The FDA had previously put out recommendations that included discontinuing self-serve stations, like self-serve beverages in fast food, but they specifically talked about salad bars and buffets,” Haywood said. “The regulations are understandable, but unfortunately, it makes it very difficult to reopen. And I’m not sure the health departments are ever going to allow it."

Haywood said the company has been losing roughly $1 million a week after temporarily closing down Souplantation and Sweet Tomatoes outposts nationwide mid-March. He estimated that the amount would have been more had the buffet chain pivoted to operate under a takeout model.

In 2016, Garden Fresh Restaurants filed for Chapter 11 bankruptcy and closed dozens of Souplantation and Sweet Tomatoes locations, according to the Wall Street Journal.