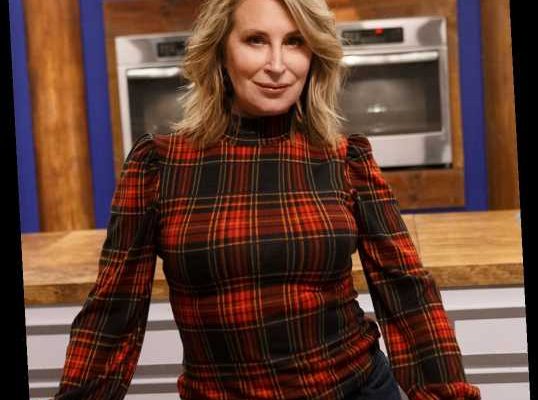 Don't mess with Sonja Morgan and her toaster oven.

The Real Housewives of New York City star is officially making her debut in the cooking world on the Food Network's upcoming season of Worst Cooks in America: Celebrity Edition.

In an exclusive clip of the show's premiere, which airs on Sunday, the new recruits make their go-to dinner party dish for the baseline challenge — and it looks like Morgan is already off to a fantastic start with a toaster oven lamb. After asking out loud how to "make it higher" on the mini appliance, the camera cuts to a confessional with Morgan clarifying that this was just a momentary slip-up. "I know what I'm doing when it comes to making a rack of lamb or fish or…whatever…I can do it in a toaster," she says, smirking. "I'm feeling really good."

The clip then cuts to co-host Tyler Florence helping Morgan with her meal prep in real-time. "You're putting Haddock and lamb chops inside?" he asks in disbelief. "Have you ever heard of something called overcrowding a pan?"

An exasperated Morgan replies, "Tyler, I only have one rack!" to which he retorts, "You realize this is the Food Network and we have a whole wall full of ovens, right?"

By the end of the clip, Morgan appears to admit at least partial defeat. "He's got a point…I'm overcrowding," she says while learning over the countertop and peering into the toaster oven. “Worst Cooks: Celebrity Edition is fun, unpredictable and a great show for the whole family to enjoy together,” said Courtney White, President of the Food Network. “Watching these celebs transform from hilariously horrible in the kitchen to quality cooks is an enjoyable and inspirational ride.”

Worst Cooks in America premieres Sunday, May 10 at 9 p.m. ET/PT on the Food Network.