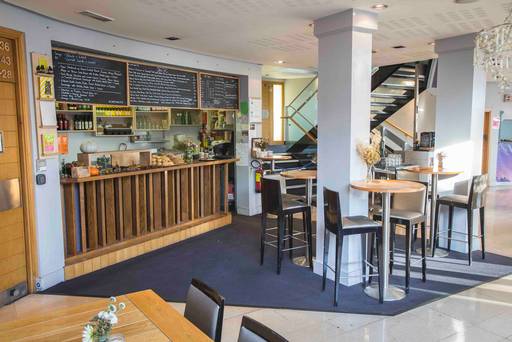 I know that sometimes I’m in danger of sounding like a broken record, whinging on about the lack of provenance information on the menus of some of the restaurants that I visit. I’m aware that it can be perceived as elitist, this middle-class food writer tendency to parse over where our food comes from, and how it is processed, when food poverty is a real and current phenomenon in Ireland. So I stop mentioning it for a few weeks, so as not to bore you all rigid.

And then something stops me in my tracks and I start back up again where I left off. The most recent trigger involved a packet of roast chicken slices. I was researching a feature about food labelling, scanning the shelves of my local supermarket for examples of packaging that might mislead consumers into thinking that the contents were Irish when in fact they were not.

The predominant colours on this particular packet were green, white and gold, and under the name of the (very well-known brand) were the words ‘Made in Co. Wicklow’. But the ingredient list on the back of the packet didn’t identify where the chicken in the ‘cooked, roasted and sliced formed chicken breast’ originated. In small print, though, there was a note to visit the company’s website for sourcing information. I couldn’t find any there, so I contacted the company via email to enquire as to the origin of the chicken.

And they told me that it came from Brazil.

The mind boggles as to how it can make economic sense to import chicken from South America in order to turn it into sliced chicken for Irish sandwiches, but it must do otherwise it wouldn’t be happening. And it would be naive to assume that this is the only company that does it.

So when I was casting around for somewhere to have lunch in Cork City, the suggestion of House Café from Lucy Deegan and Mark Cribbin, the people behind Ballyhoura Mushrooms, was attractive. “The food,” they said, “has the best provenance of anywhere in the city.”

Ballyhoura as a company has had its own issues with provenance over the years, in that it is known to be such an excellent producer – of a wide variety of different types of mushrooms and mushroom-derived products – that sometimes unscrupulous shops and restaurants have been tempted to pass off inferior mushrooms as coming from Ballyhoura.

House Café occupies the foyer space of the handsome Cork Opera House, designed by architects Scott Tallon Walker in the 1960s. There’s a counter in front of the kitchen with hand-written chalk boards detailing the day’s offering, which at first glance appears to be more interesting and evolved than your run of the mill café fare and lists a host of local ingredients including Jack McCarthy’s black pudding, sausages and bacon, Kilbrack vegetables and Alsham bakery flat-breads. There are plenty of options for vegetarians and vegans, and judging from the interactions at tables nearby, dietary issues are not a bother.

First up, a half portion of celeriac and apple soup that’s rather bland, but then some fine spiced and breaded hake tacos, with blue corn tortillas that actually taste of corn but would have been better if served more crisp. The tacos come with aji rojo – a mild, smoky chilli sauce that’s combined here with crème fraiche, a vibrant red and yellow tomato salsa and a bowl of hot, crunchy skin-on fries that are the business.

Given who the recommendation for House Café came from, it would be bad manners not to order the Ballyhoura mushrooms on sourdough toast, they are a thing of beauty, a delicious melange of fungi in a herby, buttery sauce liberally anointed with Pecorino. Mushrooms on toast? Yes, but what mushrooms.

We finish with a slice of lemon tart – good filling, hefty pastry, a luscious salted caramel truffle (€1!) and a couple of excellent coffees. With a woodruff cordial – new to us, but earthily pleasant and not too sweet – the bill for lunch for two comes to €39.60.

Duck noodle soup with confit duck and buckwheat noodles costs €13. With flourless chocolate cake, lunch for two will come to €36 before drinks or service.

The focus on provenance and great service.