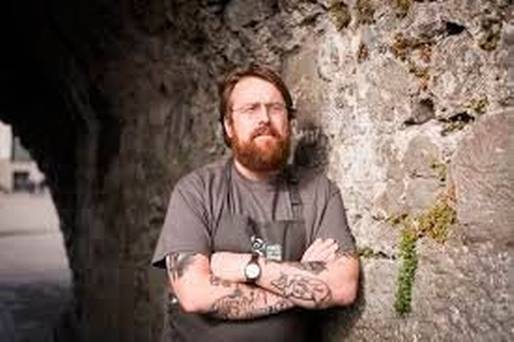 Irish cafés should consider not using avocados or at least reducing the amount they use for their menus because of their impact on the environment, according to Michelin star chef JP McMahon.

Avocados are a popular health food in Ireland, which the Irish Heart Foundation says can help lower the amount of LDL (bad) cholesterol in your blood and reduce your chances of heart disease and stroke.

But McMahon, who owns two Michelin star restaurants, Aniar and Tartare, says avocados are “the blood diamonds of Mexico”.

Drug cartels are increasingly controlling the avocado trade, and in some areas, farmers are thinning out mature pine forest to plant young avocado trees, which require huge volumes of water to grow.

“I don’t use them because of the impact they have on the countries that they are coming from – deforestation in Chile, violence in Mexico. For me, they are akin to battery chickens. I think Irish restaurants should make a conscious effort to not use avocados or at least reduce the amount they use.

“I think Irish restaurants should make a conscious effort to not use avocados or at least reduce the amount they use. You can get Fair Trade avocados but most are not produced this way.”

He adds: “Change won’t happen unless consumers avoid them. We don’t use any in our restaurants. There are plenty of alternatives. We have Jerusalem artichokes (as an alternative to avocados) with hollandaise in our brunch menu in Tartare at the moment.”

In Limerick, Pat O’Sullivan, managing director of the Copia Green café in Limerick says the fruit has never featured on its menu because of the air miles the fruit travels to get to Ireland.

“Nothing that travels that far features on our menu, down to the wines, they’re all European and organic,” Mr O’Sullivan says.

Other cafés however, have decided to keep the health food on their menus. The Fumbally Stables in Dublin decided to keep avocados on its menu after nearly two years of debating the issue. The production of meat and almonds, for example, also need to be considered, not just avocados.

Aisling Rogerson, co-owner of the Fumbally, tells Independent.ie: “We have debated among ourselves many times in the café. Should we take the avocado off the menu…?”

“I think when it comes to notions of sustainability though, if you have meat on your menu then this argument is almost void. The intensity of rearing just one cow for slaughter is far greater than shipping a box of avocados across the world. I know there are serious issues surrounding water in the growing of these fruit and the political impact it is having in Mexico and Peru, but then we also need to be talking about almonds from California [almond trees demand lots of water] and all those gluten free cakes that people love, and the ever growing popularity in nut milks.”

“And we need to be talking about green beans that are flown in from Kenya and grown intensively with very poor workers’ rights and water scandals of its own.”

Rogerson added: “There is so much in the food world today that is unethical and unsustainable. You pick your battles.”