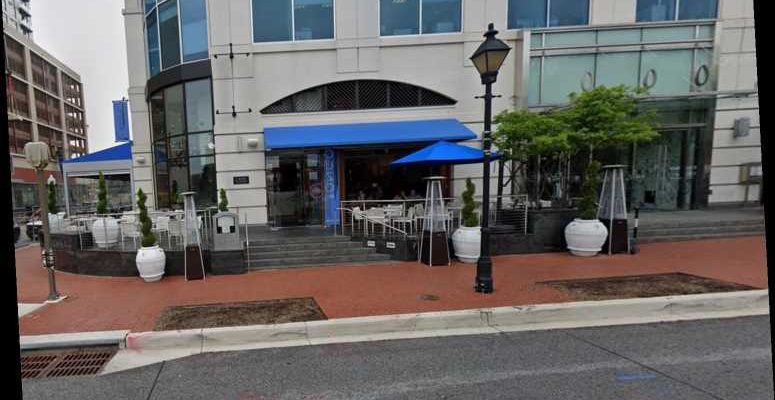 Atlas Restaurant Group has issued an apology after one of their Baltimore restaurants denied service to a Black woman and her 9-year-old son because of how the he was dressed.

On Monday, a video posted on social media showed the woman, Marcia Grant, being turned away at Ouzo Bay in Baltimore’s Harbor East after an unidentified manager tells Grant that her son’s outfit violates the restaurant’s dress code, despite a white boy at the restaurant wearing a similar outfit to her son.

Within hours of seeing the video, the company condemned the incident, and confirmed that the manager mentioned in the video had been placed on “indefinite leave.”

"Today, we learned of an incredibly disturbing incident that occurred over the weekend at one of our restaurants in Baltimore (MD), Ouzo Bay. The video made public earlier today was by a very concerned mother after she and her young son were denied seated dining service at the restaurant due to her son not meeting the dress code requirements," their statement began.

"The video clearly shows the woman’s son, an African American young person, wearing athletic shorts and an Air Jordan shirt. The video also shows a Caucasian youth, dressed similarly, who was permitted to dine in the restaurant. This should never have happened, the manager seen in the video has been placed on indefinite leave," they wrote. "We are sickened by this incident. We sincerely apologize to Marcia Grant, her son and everyone impacted by this painful incident."

Atlas maintained that their dress codes are "in no way are they intended to be discriminatory" and after reviewing the incident and speaking to employees, they've decided to change their policy.

"As a result, we immediately revised our dress code policy so that children 12 years old and younger, who are accompanied by an adult, will not be subject to a dress code at any Atlas property," they wrote. "From a management perspective, there is a level of sensitivity, discretion, and customer service we expect, and this incident will serve a teachable moment to ensure it is not repeated."

They also said that they addressed the issue will their managers and staff across all properties, and that their employees "will continue to receive diversity and inclusion training during this very important time."

"We know we failed in this instance and sincerely hope to be afforded the opportunity to meet with the Marcia Grant and her son, who both deserved better," they concluded.

When sharing her video, Grant touched on the pain she felt knowing her young son was experiencing racism.

"I pointed out to them that there was a white child that also had on athletic wear just getting up from dinning there, they still would not let my son eat there!" she wrote. "I have faced racism time and time again, but it’s hard AF, when you have to see your child (9yo) upset because he knows he’s being treated different that a white child!!! Racism abounds!!"