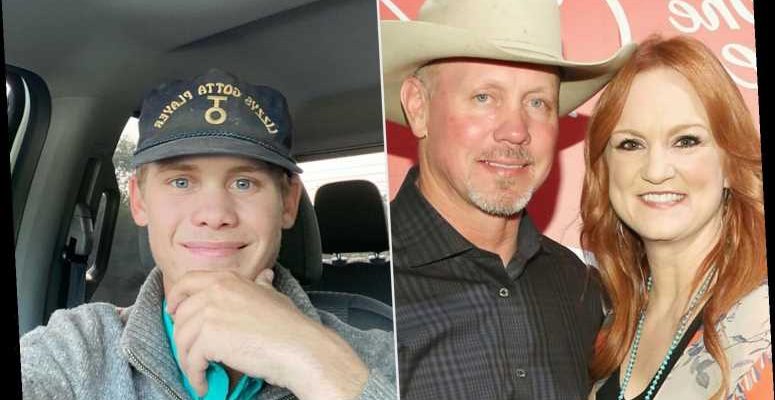 Ree Drummond's family is giving fans a health update on her husband, Ladd, and their nephew, Caleb, nearly one month after a truck collision that landed both men in the hospital.

"Ladd and Caleb are healing up after their accident on the ranch," read a post shared by the Instagram account of Ree's The Pioneer Woman Magazine on Wednesday. "(And the Drummond family is so grateful for all of your kind words!)"

The outlet also linked to a Q&A with Ree's children, Alex and Todd, in which they spoke about Ladd and Caleb's recovery following the crash.

"A lot of people are asking how our dad is," Alex, 23, said during an Instagram Live session last week. "He's doing a lot better. He's recovering. He's starting to get back into the ranch work."

Though Ladd's mobility is "a little limited right now," the dad — who also shares Paige, 21, and Bryce, 18, as well as foster son Jamar with Ree — is "still able to hang," according to Alex.

"Caleb is doing good," Todd added. "He's pretty much all healed up and back to his normal life."

According to a report from the Oklahoma Highway Patrol previously obtained by PEOPLE, the accident took place on March 10 about eight miles west of Pawhuska.

Ladd, 52, and Caleb, 21, were each driving a Himmat Fire Truck on County Road N3660. Caleb was driving southbound, while Ladd was driving northbound. The trucks hit one another "head-on" due to "high winds on a gravel road" that caused visibility to be decreased, according to the report.

Neither Ladd or Caleb were wearing a seatbelt, the report said, and Caleb "was ejected approximately 70 feet from point of rest."

Both men were taken to the St. John Medical Center in Tulsa, where Caleb was admitted in critical condition with head, arm, leg and internal injuries, according to the OHP report. At the time of the accident, Ladd and Caleb were responding to a fire on the ranch, Ree, 52, shared in a March 15 blog post.

According to The Pioneer Woman star, Ladd initially refused medical help, but was hospitalized after discovering that he "broke his neck in two places — and evidently one of the two fractures was very close to being catastrophic."

"Ladd was transferred to Tulsa and had surgery to stabilize one of the fractures," Ree wrote, adding that both her husband and Caleb has since been discharged from the hospital.

"Rather than wish the accident didn't happen, I'm gonna live in a state of gratitude—not just for the guys being okay, but also for the love, kindness, and prayers of so many of you," Ree wrote. "Thank you all so very much for reaching out to our family and for keeping us in your hearts through the past several days. I can't tell you how much it means to all of us, and I'll never, ever forget it!"