Liz Evans hasn’t walked for years because of binge eating which was sparked by being sexually abused at the age of six.

At her heaviest, she weighed 51.5st before she lost 25st by getting swollen tissue removed from her leg.

Finally able to get up for the first time in years, Liz, from Texas, US, managed to shed another 3st in four months.

Doctors then said she was ready for a second operation to remove more swollen tissue from her leg, but the surgery was painful.

Liz then lost 3st 7lbs in two months, making it a total of 33st in two years, according to The Sun.

Now her transformation has been featured in the TV programme, My 600lb Life.

In the show, Liz said she became dependent on food after been molested when she was six.

She also recalled her eating habits were to deal with her dad’s drug addiction. 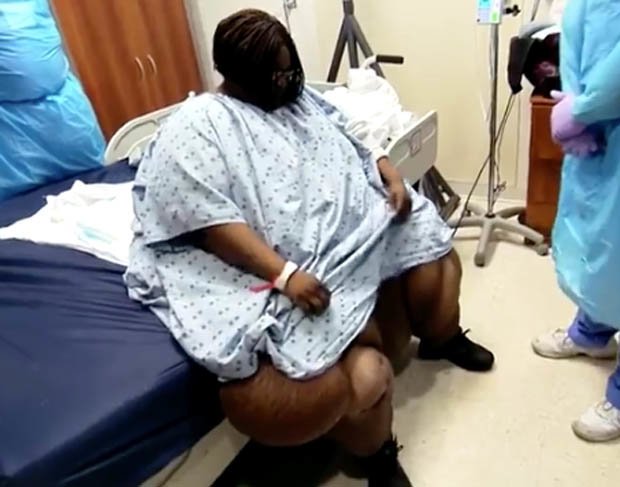 “I was born with an abnormality in my leg”

Speaking about her condition, Liz said: “I was born with an abnormality in my leg.

“The bone was curved, which resulted in one leg being shorter than the other. I couldn’t be as active as I would have liked to be.”

The weight gain meant she developed lymphedemas in both legs, which prevented her from walking around.

In a bid to tackle her eating habits, Liz went to see a therapist after surgery on one of her legs and the installation of a gastric bypass.

She was given a strict diet and exercise regime by My 600lb Life’s Dr Younan Nozaradan. 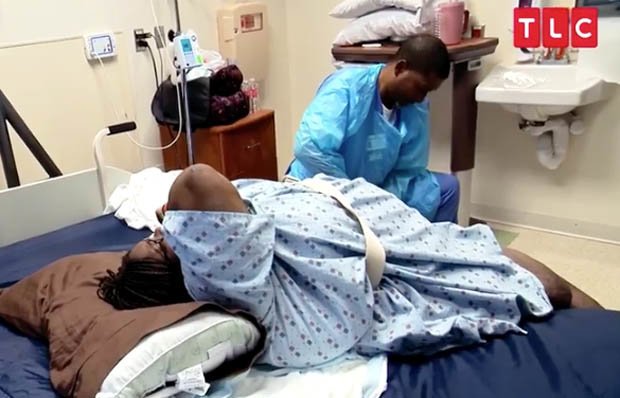 Liz added: “It’s been really hard on me. They have been doing exercises with me, but I haven’t been able to stand just yet.

This comes after an obese 64st man predicted his own death after saying he wouldn’t make 30.

Earlier this year, Sean Milliken passed away in hospital after suffering complications following an infection.

Sean weighed at least 400lb when he became bedridden after suffering a leg injury during his high school senior year.

On one episode of the show, broadcast in the UK on digital channel Really, Sean, from El Dorado, California, said: “Every day I wake up I have to face the reality of what my life has become. I can hardly move.”