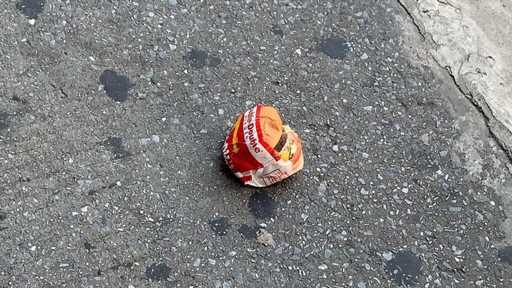 New York man finds undisturbed In-N-Out burger in Queens: ‘It genuinely shook me to my core’

1,500 miles away from home a mystery In-n-Out burger shakes New Yorkers to their core.

Someone really lost their lunch.

A man living in the New York City borough of Queens allegedly stumbled upon an untouched and wrapped In-N-Out Double-Double burger on the street on Sunday – a discovery that has embarked him on a quest for the truth. 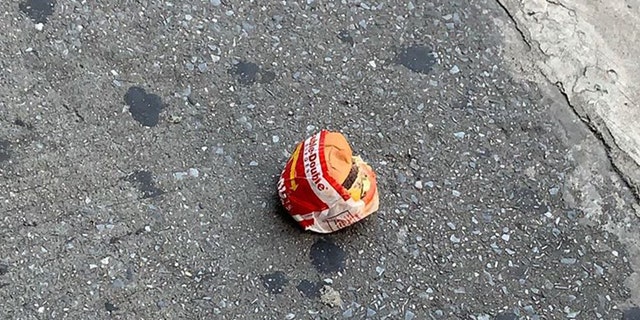 The burger was found on a street in Jamaica, Queens — which is approximately 1,500 miles away from the nearest In-N-Out.
(Lincoln Boehm)

“It genuinely shook me to my core,” finder Lincoln Boehm, 31, said to the New York Post.

Boehm, originally from Santa Monica, Calif., said he and his wife were heading to a McDonald’s before catching their train at the Jamaica Long Island Railroad station when they found the burger.

“We didn’t touch it,” he told the Post. “We stopped for a second and took photos and looked around to see if anyone else was noticing it and then we walked on.”

Though seeing a hamburger still in its wrapper might not be the most shocking sight, Boehm was bothered, as the nearest In-N-Out from New York City is about 1,500 miles away.

Boehm, who added that a burger from the West Coast chain would be his “death row last meal," said he’s tried to bring the fan-favorite hamburger back to the East Coast over the years.

“Every time I’ve done it it becomes inedible,” he said. “The bun gets soggy and it becomes a mess. This one was just in such perfect condition… It just felt strange… at first, I thought it was some sort of viral marketing thing.”

However, Boehm was confused as to why the burger would have been left on a street at 6:30 a.m. if it was part of a campaign.

Boehm posted the strange find on Instagram, where he has received several direct messages from people with hypotheses as to how the burger could have come to be on that street in Jamaica, Queens.

“I’ve got a direct message inbox filled with [theories],” Boehm said to the Post. “But I would really really love to know the truth… I want to know how this happened.”

Boehm’s got his own idea, though.

“[S]omebody incredibly wealthy who had a private jet… traveled with like 50 burgers and got here, and had a few extra left, and maybe, while driving to the airport was jokingly throwing them out of the car to people.”

His friend David Gardner tweeted out the mystery meat picture, which received over 100 comments from those also curious about the find.

In-N-Out has not responded to Fox News' request for comment, but Denny Warnick, vice president of In-N-Out's operations, said in a statement to the New York Post that it would have taken "considerable planning" for someone to transport it all the way to NYC.

“Because our burgers are only cooked fresh to order in six states, it must have taken considerable planning for that burger to make the trip from the grill all the way to the Empire State,” Warnick told the Post.