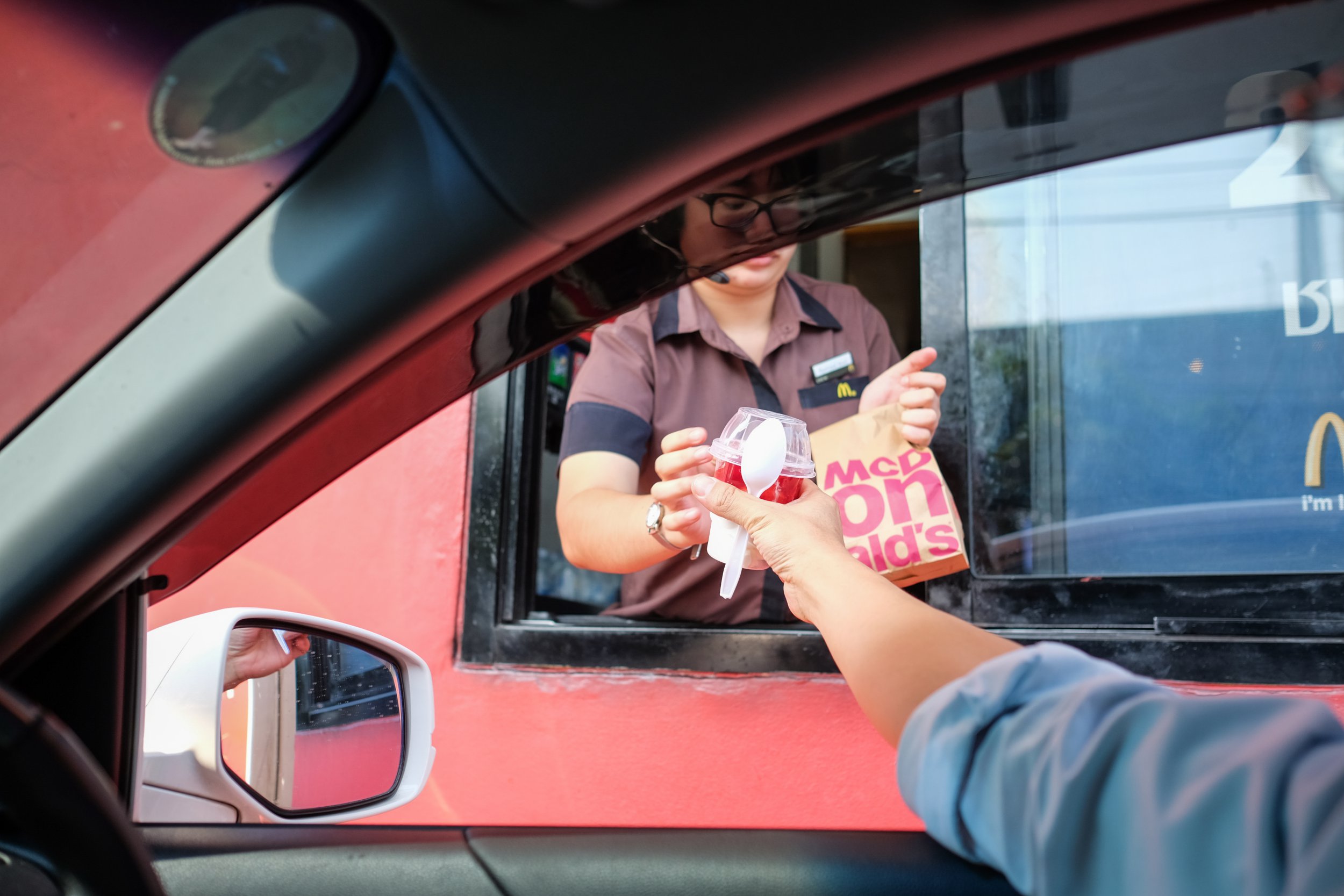 On average, McDonald’s serves more than 3.8 million customers a day in the UK, which is about 5% of the population.

While some of these orders are taken in restaurants and others are for delivery, one of our most popular ways to get a Maccy Ds is the drive-through.

For the customer, it’s a seamless transaction that involves ordering at a microphone, then paying and picking up at a separate window before driving away to eat.

But behind the windows, the staff are acting as a well-oiled machine to get your order ready to you by the time your car pulls up.

TikToker @charlton.a (who has since deleted his account) works at McDonalds in New Zealand, and shared a video (also now deleted) revealing the trade secrets of the drive-through.

So what are the secrets he revealed:

‘We can hear everything you’re saying’

In the video, Charlton, said that even when order mics are ‘turned off’, staff can still hear what you’re saying in your car.

Followers were shocked to learn their chats could be heard even before they’d been asked to order, with one commenting ‘Wait really?! I’ve said things no one is allowed to know about!’

Another wrote, ‘Well, I guess they hear us arguing everytime about what to get and to hurry up.’

Clarifying in the comments, Charlton added: ‘We can hear quite a bit but we can definitely hear all the passengers in the car too.’

‘Our cameras take mugshot photos of you’

As well as being able to hear your deliberations and offshoot conversations, Charlton’s video claims that McDonald’s uses cameras to keep track of orders.

He says the cameras ‘take mugshot photos of you so [employees] know which order’s yours’.

Indy100 confirmed this with McDonald’s UK, who said that images aren’t retained, and that they show the car rather than any clear images of the people inside.

Just to be on the safe side though, you’d best say cheese as you order your cheeseburgers and get your best angles.

In another video, McDonald’s worker Katie Clarke spoke of the cameras, recommending to customers, ‘maybe don’t pick your nose when you order. Because we see it and we judge you.’

You really shouldn’t be picking your nose at the wheel anyway, but this is your wake up call that you’re not in private when you do so.

‘You can order a recipe book’

One of the most shocking revelations in Charlton’s TikTok is the news that there’s a McDonald’s recipe book you can order.

At his restaurant, customers can buy a book called The Supper Club Recipe Book: Cuisine for a Cause, the proceeds of which are donated to the Ronald McDonald House charity.

As the TikToker is based in New Zealand, this is specific to stores over there, and we unfortunately can’t get them here in Britain.

If you do head over to Aotearoa, however, you can pick one up at the window.