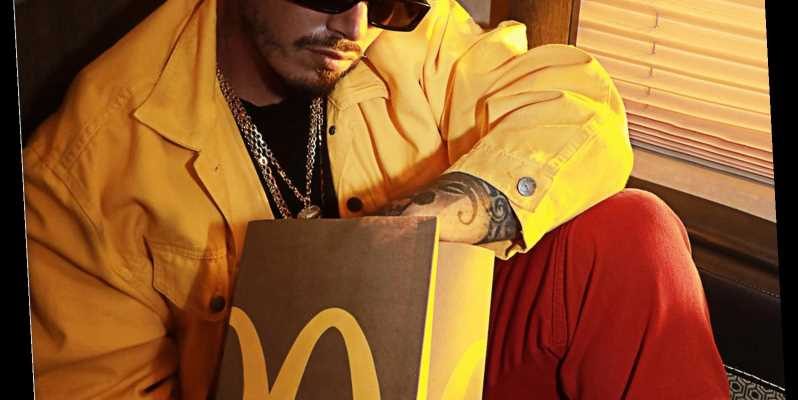 After the major success of the Travis Scott McDonald's Meal, another music superstar is getting his own limited-edition order at the fast food chain.

Colombian reggaeton singer, J Balvin, teamed up with McDonald's to bring his signature order to the masses for a limited time. He is only the third celebrity, after Travis Scott and Michael Jordan, to have a meal named after him.

"As a longtime McDonald’s fan, I am excited to join the shortlist of global icons who have had a meal named in their honor,” Balvin, 35, said in a press release. “I am looking forward to sharing my signature order with my fans, along with more surprises that are to come with this partnership. ¡Lego!”

J Balvin's meal, which is available now through November 1 at participating locations, consists of a Big Mac sandwich, medium-size fries with ketchup, and an Oreo McFlurry. Fans who order through the McDonald's app instead of in-store will receive the Oreo McFlurry for free. On top of the signature meal, t-shirts designed by Balvin will be given exclusively to restaurant staff to wear during the promotion.

The new collaboration comes almost immediately after Travis Scott's Meal, which stopped being served Sunday, October 4. The rapper's meal included a quarter pounder with cheese, bacon and lettuce — Scott's toppings of choice — as well as a medium order of French fries with barbeque dipping sauce on the side, and a Sprite.

Alongside the limited-time menu item, the Astroworld rapper also sold themed merchandise on his online store.

From t-shirts and hats to work pants and shorts, the store also had home furnishings listed — such as a $250 menu rug with the rapper's McDonald's order and a $90 nugget body pillow.