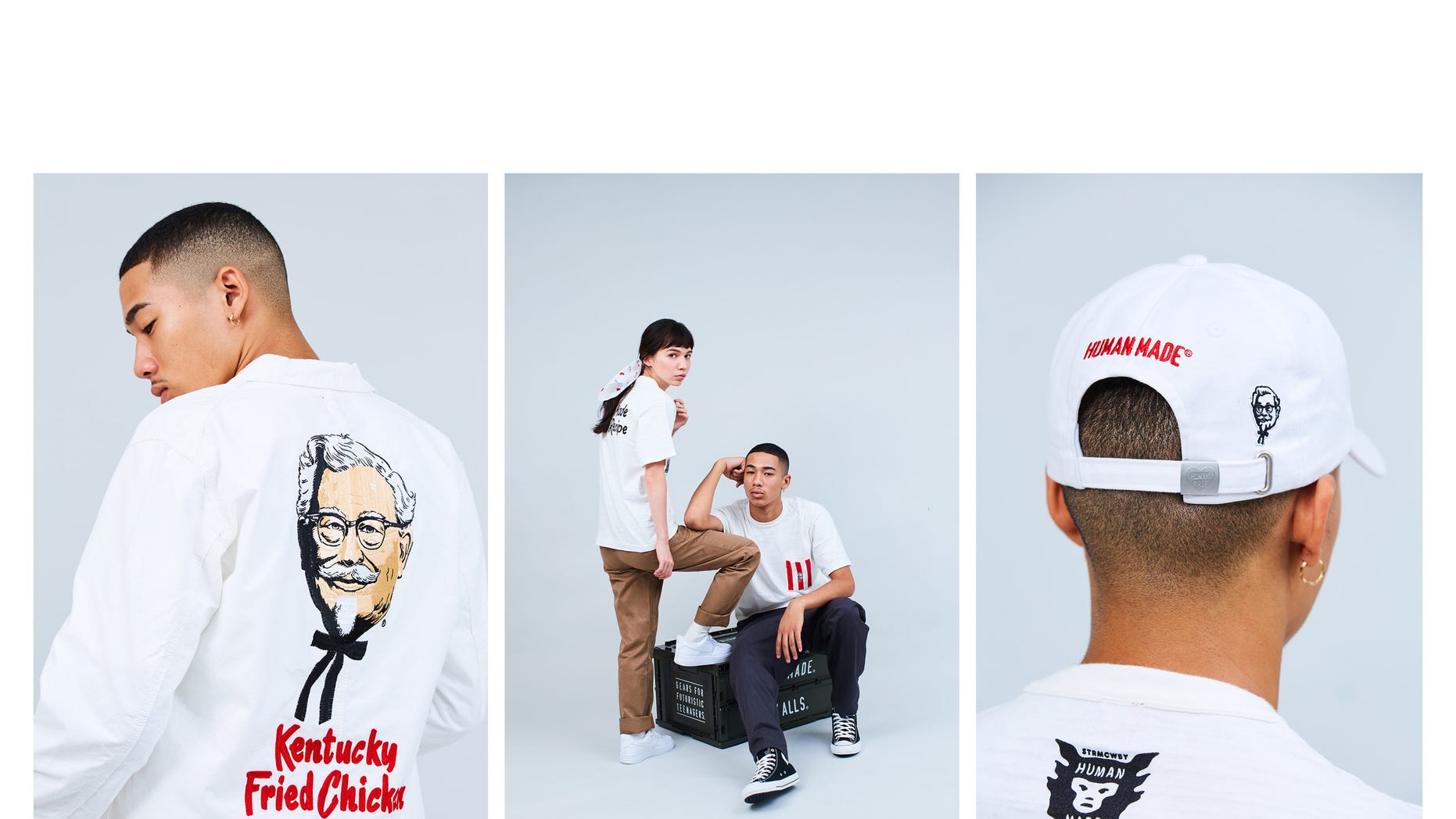 Fans will be able to purchase Human Made x KFC Capsule Collection items at a pop-up shopping experience on Friday, Nov. 16, at a KFC restaurant in Manhattan. (PRNewsfoto/KFC)
(KFC)

Kentucky Fried Chicken apparently wants you to look your best while chowing down on buckets of chicken.

KFC is launching a collection of chicken-themed streetwear for the fast food-obsessed. But the colonel isn’t flying solo for the venture – iconic fashion designer NIGO of, among others, the Human Made brand helped collaborate on the designs.

KFC ADDS CHICKEN AND WAFFLES TO THE MENU

For inspiration, the Japanese designer traveled to Louisville, Ky., to visit the KFC headquarters and the Colonel Sanders museum.

"When we heard of NIGO's obsession with Colonel Sanders, we had to invite him for a rare tour of the Colonel's personal archives to help inspire him," said Steve Kelly, Director of Media and Digital Marketing. "We're humbled to work alongside both Hypemaker and NIGO in debuting this collection and are proud to have been a small part of his creative process." 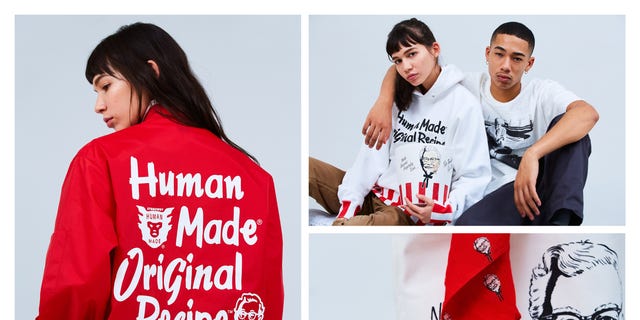 The fast food empire and the world-renown designer created the Human Made x KFC Capsule Collection, which includes a Colonel shop jacket, 70s style racing jacket, hoodies and t-shirts, according to the press release.

However, these crispy duds won’t come cheap. The items range from $20 to $375 – and are only available November 16 at one KFC restaurant in New York City.

Though, for hungry fans, limited amounts of items will be available on HBX.com on November 23 while supplies last.