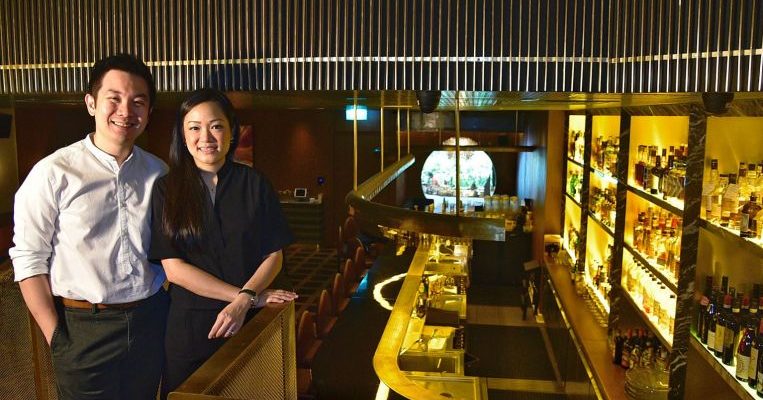 LONDON – It was a mixed bag of results for Singapore cocktail bars at the World’s 50 Best Bars awards.

In total, six Singapore bars made the list that was announced at the Roundhouse in London on Thursday (Oct 3).

Atlas at Parkview Square retained its No. 8 spot and was named the Best Bar in Asia. It is the only bar from Singapore in the top 10.

Native at Amoy Street climbed one spot to No. 12 and took home the Sustainable Bar Award. Operation Dagger in Ann Siang Hill, on the other hand, fell seven spots to No. 30.

The top three spots on the list went to bars in the United States, Europe and Latin America – namely Dante in New York, Connaught Bar in London and Floreria Atlantico in Buenos Aires.

It has been a stellar year for the two new Singapore entries. Earlier this year, Jigger & Pony was also named the highest climber at the Asia’s 50 Best Awards ceremony held in Singapore in May. The sleek, classic cocktail-centric bar, which moved from its longtime spot along Amoy Street to the lobby of the Amara hotel last September, climbed 33 spots to land at No. 9 on the Asia list.

Speaking to The Straits Times, Jigger & Pony group founders, and husband and wife team Indra Kantono and Gan Guoyi, said that making the list has “always been a goal for (them)”.

“In a way the move gave us a great opportunity to take a bar that has been well loved for so many years and give it a brand new home… it feels incredible to be voted in and it’s all the hard work of the team.”

Meanwhile, less than nine months after it officially opened, The Old Man Singapore on Keong Saik Road with its Ernest Hemingway-themed bar and experimental cocktails has carved an impressive foothold in the World’s 50 Best Bars list. The bar is also a spin-off of The Old Man Hong Kong, which this year clinched the No. 9 spot on the list.

The storied Manhattan at the Regent Singapore peaked at No. 3 last year, but fell out of the top 10 this year for the first time since 2017.

Outside of the top 50, speakeasy bar 28 Hong Kong Street dropped from No. 34 to No. 61 while Nutmeg & Clove, which has cocktails inspired by Singapore’s rich history, was a new entry that placed at No. 90.

The World’s 50 Best Bars awards ceremony will also be held in Singapore in 2021, making the republic the first city outside London to be a host destination.