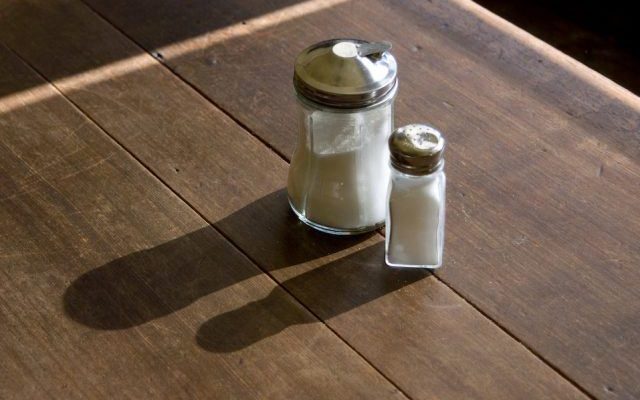 If you have high blood pressure, your health care provider has probably told you to cut back on your sodium, or salt, intake.

Many people believe that “low-sodium” alternatives such as Himalayan or kosher salt can be used in place of traditional table salt. The idea is that using an alternative with less sodium can help prevent or reduce high blood pressure or protect the heart.

Here’s what kosher salt actually is, how it compares to regular salt, and what this means if you have high blood pressure.

What is kosher salt?

Kosher salt is a coarse form of salt used primarily in cooking. It isn’t traditionally used at the table as you’d use traditional table salt.

Its name actually has nothing to do with the word “kosher” referring to Jewish dietary guidelines. This type of salt was traditionally used in koshering — the process of removing blood from meat. When companies started packaging and selling the salt, it was labeled “kosher salt.” It’s not actually kosher.

A teaspoon of kosher salt contains roughly 1,450 milligrams of sodium.

What is the difference between kosher salt and regular salt?

The main difference between kosher salt and regular table salt is that kosher salt comes in bigger flakes. This makes it easier to pick up and spread evenly over food.

Technically, table salt has more sodium per teaspoon (about 2,300 milligrams) than kosher salt (1,450 milligrams). There is a difference there. But be careful not to fall into the “healthy means I can use more” trap. By volume, kosher salt contains less sodium. Use less, not more.

Chemically, kosher salt and table salt are identical. If you let kosher salt dissolve in food, it isn’t noticeably different from traditional salt in flavor or composition.

Yes, kosher salt could be considered a low-sodium alternative if you compare teaspoon to teaspoon. But substituting one for the other is not a 1:1 ratio. Substituting kosher salt in a recipe requires using more kosher salt than you would table salt, increasing the sodium amount.

Kosher salt is still salt. Using more of it “because it’s healthier” doesn’t make sense, and it doesn’t provide any benefit to your heart or blood pressure.

You are more than welcome to use it in your cooking at home. However, there’s nothing in it — besides the lack of additives such as iodine — that make it different from other kinds of salt.

Should you use kosher salt if you have high blood pressure?

According to the American Heart Association, the idea that kosher salt isn’t a concern for people with high blood pressure is a myth.

It doesn’t matter what kind of salt you use to flavor your food when cooking at home or out to eat. You still need to pay attention to how much sodium you are consuming in an average day, whether it comes from drinks, food, or the physical salt you add to things.

Experts recommend consuming between 1,500 and 2,300 milligrams of sodium per day both to reduce and prevent high blood pressure.