This article originally appeared in the December 2020 issue of Men’s Health.

Through his organization World Central Kitchen, he says he’s helped feed more than 40 million meals to people affected by hunger since March.

For all the outward aid, Andres says he’s changed inside—from his outlook on money, the way he cooks, and his approach to health and fitness.

I’ve been dedicating 99 percent of my time to a business that doesn’t create any income for me. 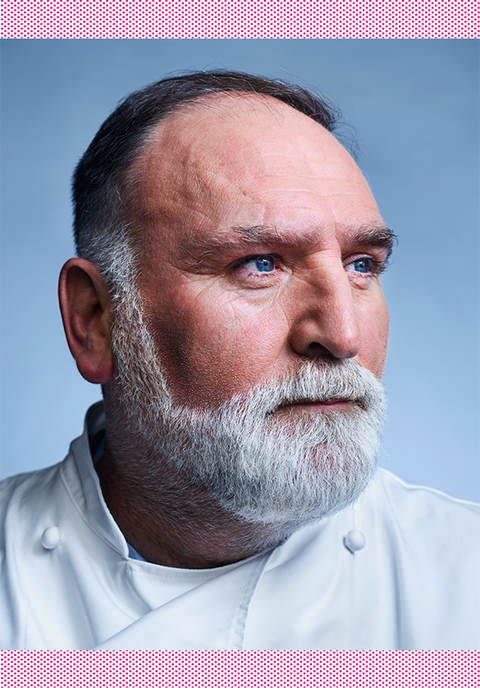 What inspires me? The young people coming out in Beirut to clean the streets that were affected by the explosion. People would come from two hours away driving, sometimes with very little money, and sharing the cost of gas. I saw a man whose leg was cut badly and he was there, cleaning the streets. Holy shit, those moments gave me hope.

I’ve seen, in the middle of the pandemic—and in the fires, and the tornadoes, and the floods, and the hurricanes—people stepping up and deciding to help fellow Americans in a moment of need.

This pandemic has made me more aware that people are having a hard time putting food on the table and I don’t share so luxury on my social media in any form. I try to share my know how on how to feed a family using less resources and less money.

I have a little garden that I grew. It reminds me how difficult it is to farm—how hard it is to produce great things.

Nothing is more luxurious than eating a potato that just came out of the ground two hours before and the skin is like silk. You boil those potatoes and you serve them with a little bit of butter or olive oil and some sea salt and you eat that potato with nothing else and you will cry of ecstasy.

My mother would make breadcrumbs and then with whatever chicken or ham or egg she’d make a béchamel for some meal. If she didn’t have milk, she’d do it with water. It was amazing. 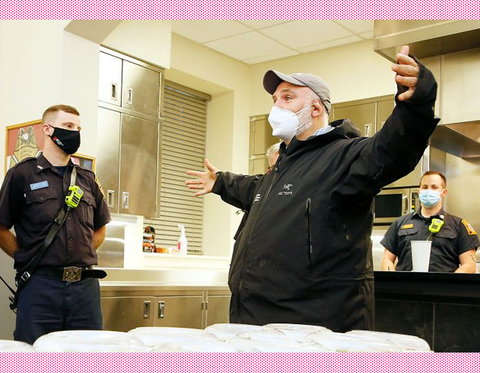 Nothing makes a family stronger than celebrating cooking together.

Sometimes we go through life so quickly that we forget to slow down. Me, I am one of those sinners. Everybody thinks I’m crazy. I’m always 100 miles an hour. What people don’t know about me is that sometimes I’m the contrary.

I bought a telescope this pandemic. I’ve been watching the stars every single night for two, three, four hours. I love those moments of solitude and those moments where time seems to stop.

I was at 293 pounds before the beginning of this pandemic and right now I may be at 246 pounds. I’m trying to reach 220 by the end of this year.

The healthier you are the better you are at fighting the pandemic.

Food is the most important thing we have that we don’t give enough importance to.