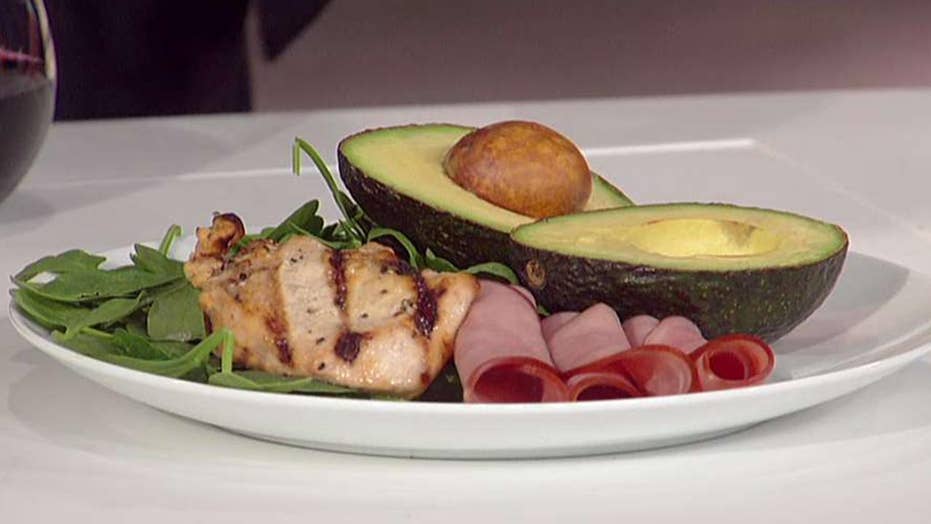 New Year’s diets: Which work and which stink?

2018 was a wacky year in wellness. Dieting trends were all over the map, prescribing loading up on cauliflower one minute and eliminating vegetables the next. Whatever works to lose weight, right? That’s probably not the healthiest mindset — some diets can be dangerous. And it’s often the trendiest that lack sufficient research to back their claims.

But are people actually trying these weird diet plans? According to Google, the answer is yes. Google released its annual Year In Search report, which revealed the most (and least) searched terms from 2018. The most searched for foods included some well-known trends like unicorn cake — but others came as a surprise. Who knew gochujang sauce was on so many people’s radars? 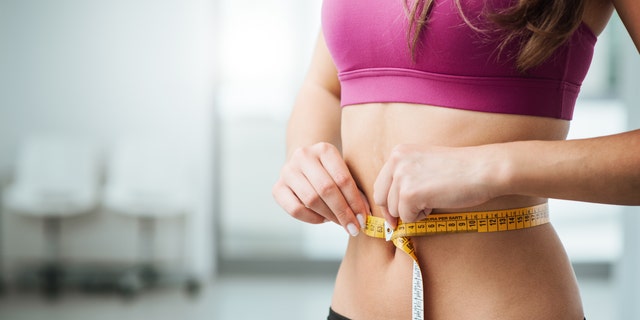 The most searched for foods included some well-known trends like unicorn cake — but others came as a surprise. Who knew gochujang sauce was on so many people’s radars?
(iStock)

Some of the diets on this list are equally odd. What even are the Shepherd’s and Optavia diets? Here are all the diets searched most often on Google this year — many of which we, admittedly, had to Google. 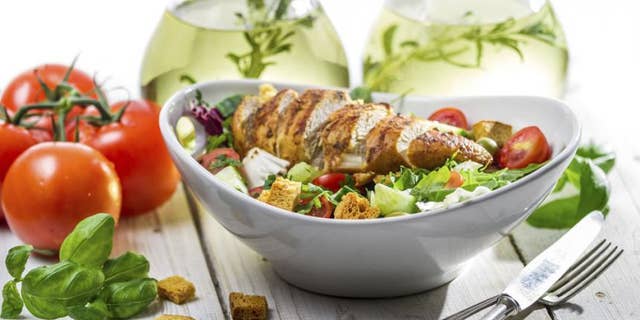 Celebrities like Vanessa Hudgens and Kourtney Kardashian swear by the Keto diet.
(Thinkstock)

If you haven’t heard of the keto diet, you’re living under a rock. Celebrities like Vanessa Hudgens and Kourtney Kardashian swear by it. But what is the keto diet? Essentially, it’s a form of extreme carb restriction that results in ketosis, a state in which your body must resort to burning fat for fuel. Ketosis can make your breath smell really bad — but if you can handle that, here are some health factors to consider before you try it.

The Dubrow Diet is a diet pioneered by authors of the book “The Dubrow Diet: Interval Eating to Lose Weight and Feel Ageless.” Heather Dubrow, co-author, is a former star of Bravo’s “The Real Housewives of Orange County.” She teamed up with her husband (a plastic surgeon) to come up with a diet that, she says, answers everyone’s question about how they manage to stay so “ageless and fit.” Their secret has nothing to do with plastic surgery, apparently — it’s a specialized form of intermittent fasting. It involves a list of permitted foods and three stages of interval eating.

Noom is actually not a diet, but an app. It’s been called “Weight Watchers for millennials,” and it essentially offers meal plans, fitness tracking, and weight loss motivation techniques on your phone. It involves taking quizzes on health-related topics and comes with an assigned health coach to help you through. 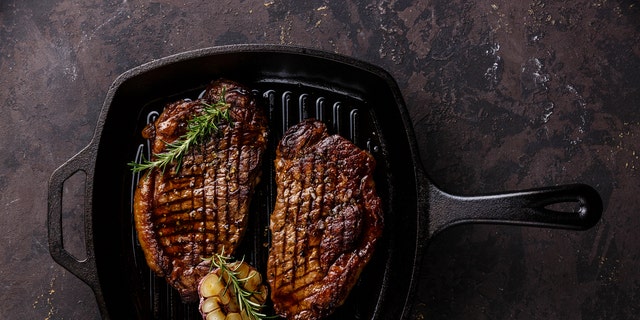 Proponents of the diet live by the motto: Eat meat, drink water.
(iStock)

Modern science may work under the assumption that humans are omnivores, but these meat-hungry dieters disagree. The carnivore diet just might be the wildest weight loss craze of all time. Proponents of the diet live by the motto: Eat meat, drink water. They all meat all the time — no vegetables allowed. Red meat is highly preferred over anything that might be considered (gasp!) lean. 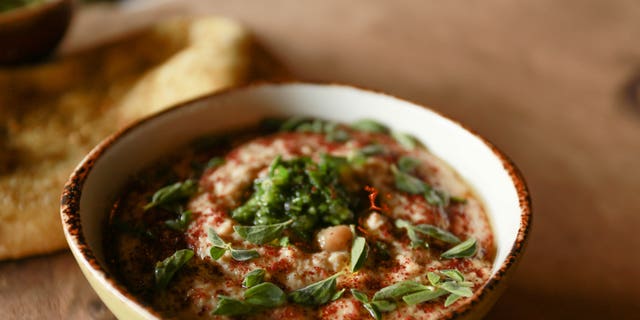 This diet has been called one of the best diets by modern health standards, largely due to its link to a reduced risk of dementia and other diseases. It involves eating lots of healthy fats from sources such as fish and olive oil alongside fruits, vegetables, poultry, and whole grains. It also advocates for frequent (but moderate) pours of wine — which, thankfully, has its benefits regardless of whether you’re on the diet or not.

You might have heard of the old version of the Optavia diet, Medifast. Optavia is essentially the updated version. Like Medifast, Optavia involves consuming pre-packaged meals and snacks called “Fuelings” that you must purchase from the company. Buddy Valastro, host of “Cake Boss,” allegedly lost weight on this diet. Guess he also cut back on cakes, since they weren’t Optavia-approved. Unless you want to eat nothing but “Fuelings” for the rest of your life, though, this diet is probably not sustainable.

Kelly Clarkson did it for medical reasons, not weight loss — she has an autoimmune disease. But despite her insistences, many have followed in her footsteps hoping to shed some pounds. The diet comes from the mind of Dr. Steven Gundry (of whom Dr. Oz is a big fan), who wrote the book “The Plant Paradox.” His stance is that lectins, a plant protein found in grains, beans, legumes, nuts, fruits, nightshade vegetables, and dairy, are the root of almost all of America’s health problems. His diet eliminates almost all lectins, allowing just a very small list of foods to eat instead. When other health experts heard about the diet, however, they were more than a bit skeptical. Gundry also is a contributor for Goop, which doesn’t have the cleanest track record, to say the least. 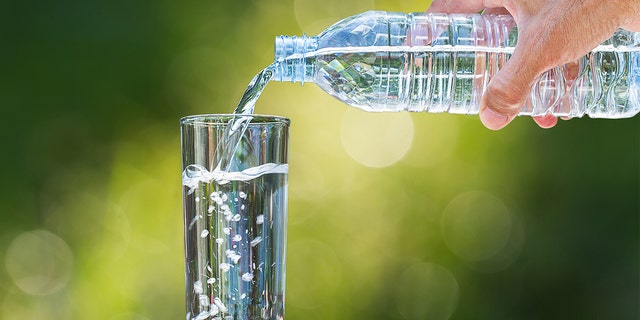 There is no single “fasting diet,” but (unfortunately) many. Some fasting diets are extreme and deadly. But other less extreme fasting diets are popular because they seem benign. One of the most popular of these fasting diets is called “intermittent fasting,” and it involves eating all your food for the day within a set window so that you may fast for the rest. The jury’s out on whether this diet really works or not — here’s what the experts had to say.

The FODMAP diet originated as a treatment for irritable bowel syndrome (IBS). It involves cutting out all high-FODMAP foods, which are foods that contain certain carbohydrates that cause digestive distress in some people. These foods include common staples such as wheat, garlic, mushrooms, apples, beans, brown rice… The list goes on and on. It’s a lot of healthy foods. Eliminating all of these things entirely is extremely difficult and requires constant careful attention. For people without IBS, the science shows that a FODMAP diet can do far more harm than good. The foods eliminated are not only highly nutritious, but also contain prebiotics, compounds that feed the good bacteria in your gut. And even for those with IBS, the diet was never meant to be long-term — its pioneers actually advocate for a short-term use in order to weed out foods that may be causing problems. The official FODMAP Protocol comes with a “reintroduction phase” wherein many (if not all) foods are slowly reintroduced.

Zero sheep were harmed during the making of the Shepherd’s Diet. This diet got its name because of the book behind it: “The Shepherd's Diet – A Biblically Inspired 7 Step System to Lose Weight, Look Great, and Feel Younger.” The book claims that “scientific evidence and God's guidelines on what to eat are in prefect sync in this food plan.” Those who buy the book have the option to purchase add-ons such as “‘The Moses Secret’ Fat Loss Protocol” and the “What Would Jesus Eat Grocery Field Guide.” Those guides are surely very informative, but here’s the gist: It’s low-carb, high-fat, moderate-protein eating with a side dish of prayer at every meal. It’s your call whether or not you want to try this diet plan.

So there you have it: the most Googled diets of 2018. The last of which uses texts that date back to biblical times! Nutrition science may not have as much modern influence as you think — here are some other wacky wellness fads that were inexplicably popular this year.

This story was originally published by The Daily Meal.