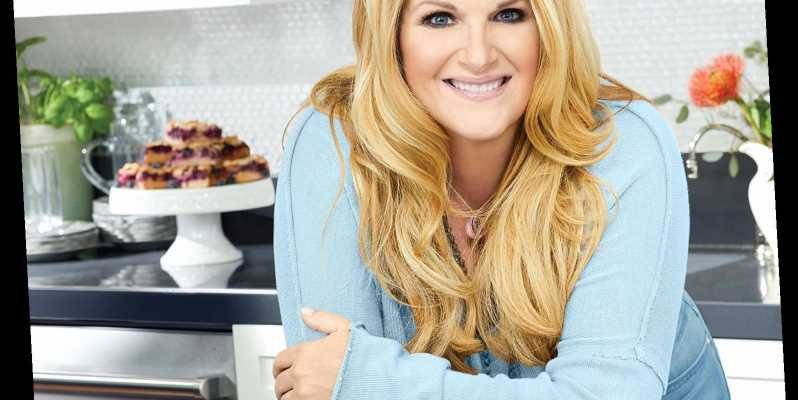 Like many people, Trisha Yearwood has been busy in the kitchen during the past year—but for the Food Network star, it's not a big shake-up from her usual routine.

"I think I was really born for cooking in quarantine, because I was raised on the theory that simple is better," the country superstar, who recently recovered from COVID, tells PEOPLE. "My pantry holds basics, staples that I use daily, so when we were faced with being home and not going to the grocery store, especially in the very beginning of the pandemic, I didn't panic. I knew I could make meals out of what I had in my freezer—I always keep frozen ground beef, steaks, pizzas—and dried goods like pasta and canned sauces."

Yearwood has spent this time finishing her fourth cookbook, Trisha's Kitchen, which hits shelves September 28. "Obviously you'll see all new recipes in this book, but I think the thing I'm most proud of is what this new book has in common with my previous books," she says. "Real recipes, simple ingredients, and stories about friends and family and why these recipes are important to me."

She also has a few recipes that are favorites of her husband, Garth Brooks, who also wrote the foreward for the book. "[He] particularly loves this breakfast burger with maple hot butter that I came up with," says Yearwood. "I usually serve it alongside some homemade hash browns, and the bun gets a french toast treatment, so there's lots of salt with the sweet. It's really good." Another dish you'll find in the book is "Garth's Teriyaki Bowls," inspired by one of their go-to restaurant meals. "We used to go to this sushi place [In the Raw] in Tulsa with our girls, and they have a version of this teriyaki bowl on their menu, so we took what we loved about that entree and made it our own," says Yearwood. "It's one of Garth's favorite meals!"

After nearly nine years of dishing out comfort food on her show Trisha's Southern Kitchen, the singer says she now feels more comfortable going outside her culinary comfort zone. "Having my own show on Food Network has given me so much confidence to try new things and come up with new recipes," she says. "I think that confidence shows in [this book.]"