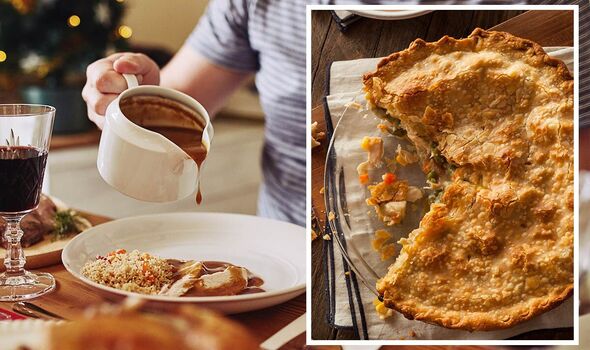 The anticipated Christmas Day dinner is often enjoyed for days afterwards, with cold meats and all the trimmings easy to serve cold while seeing family and friends without having to stock up the cupboards. Turkey, roast potatoes and stuffing almost always make the cut when it comes to the best leftovers, though gravy is rarely saved for a later date. However, if you don’t want to part with any extra gravy made this Christmas, there are plenty of ways to use it for cooking other meals.

How to use leftover gravy

Gravy doesn’t last long once it has been left to cool, and will expire quickly even when kept in the fridge. While keeping it in an airtight container or covered jar will help it last a little longer, those made with meat still need to be used within just one to two days, and three to four for vegetable products.

When it comes to choosing how to repurpose the contents of your Christmas gravy boat, the possibilities are endless, though the most obvious solution is to reheat it and enjoy a second festive roast dinner.

However, it also works as a flavoursome addition to soups, casseroles, and pies, or as a warming topping for your favourite potato-based dish.

Express.co.uk have rounded up the tastiest recipes to try adding your leftover gravy to this Christmas.

Combining leftover turkey and gravy into a pie is a great way to quickly use up any lingering scraps in the fridge, particularly if you have lots of spare vegetables.

Start by chopping the meat into small pieces along with any leftover vegetables, including carrots, celery, peas, green beans and broccoli. Dice an onion and add some chopped garlic to a pan with some butter and fry until soft.

Add a teaspoon of basil and thyme, along with a sprinkling of salt and pepper and one cup of plain flour. Stir well for one to two minutes before adding a stock cube and your leftover gravy. Cook until the sauce thickens. Add in your chopped turkey and remove the filling from the heat before pouring it into a suitably sized ovenproof dish.

Chop and boil enough large potatoes to mash into a topping for the turkey filling. Sprinkle with a handful of cheese and bake for 30 minutes at 190C until the cheese is melted and the topping is golden.

According to a chef at Cook’n, another great way to use leftover gravy is as the base for a stroganoff sauce.

They said: “Gravy is fantastic as a pasta sauce. I especially love it on egg noodles. Think Stroganoff. One way to do it is to heat up your gravy and then swirl in some sour cream.

“And a gravy-based sauce with sauteed mushrooms over gnocchi works well also.”

If your gravy has lost its flavour, try adding extras like garlic powder, onion powder, or even a little bit of cayenne pepper, and of course, some mustard.

Making a stew is even easier than a pie, as you don’t need to worry about making a topping.

The Cook’n chef explained: “It’s very simple to take your gravy, add leftover meat (or new cooked meat), vegetables and potatoes. If you don’t have enough gravy to justify a stew, you can make a basic sauce first.”

Start by heating your meat and vegetable leftovers in a large pot with butter or oil. Sprinkle it all with flour, stir, and then slowly add broth.

Finish by adding in your gravy and leave the stew to simmer for a while before serving.

Cold sandwiches are a British classic enjoyed by many after Christmas day, but it often leaves no use for leftover drops of gravy.

However, according to a cooking expert at Epicurious, you can easily whisk it into a staple sandwich ingredient – mayonnaise.

They said: “You can make your turkey sandwich richer and creamier by whisking gravy into mayonnaise. Deepen the flavour with a dollop of miso; brighten it with a squeeze of lemon juice and a few fresh herbs.”

Once made, slather the tasty sauce onto your bread and load up with leftover meat. You can even use it as a dip for steamed vegetables later in the week.