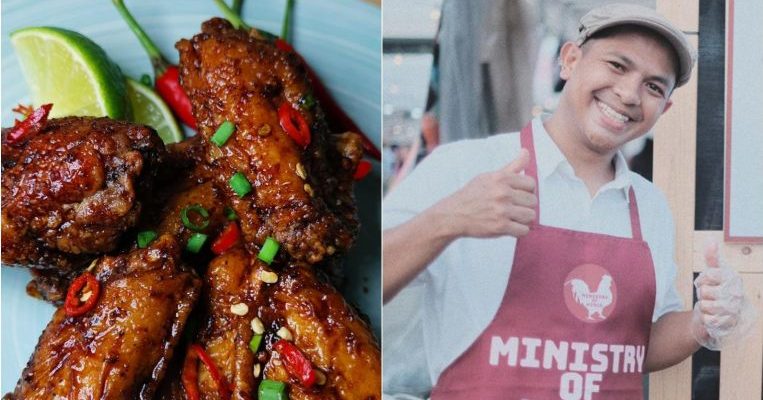 With Ramadan bazaars cancelled this year, you will not be able to flit from one stall to another through the narrow walkways in Geylang Serai, Tampines and Woodlands to pick up Hari Raya essentials and munch on goodies .

But you can still get your shopping done at several online versions which have popped up since the actual bazaars were cancelled on March 18. These platforms hawk food items like satay to kueh to clothing items such as songkoks and kebayas.

This year, the fasting month starts on Thursday and ends on May 23, when Hari Raya Aidilfitri will be celebrated.

Vendors can register and sell their wares on several newly launched platforms – most of which are free or charge a small on-boarding fee. Some charge up to $500.

Moving online may be more cost-effective for some vendors as stall rentals at physical bazaars have ranged from $7,000 to $10,000 and upwards in recent years.

Mr Khairul Yunos, 30, co-founder of new digital portal Gobaza.sg, notes that there are now about 10 such websites and e-commerce platforms. He is also co-founder of Hubreno, a social commerce mobile app for home and living.

Gobaza, launched on April 13, does not charge a fee. It has about 50 vendors selling more than 100 items in categories such as food, traditional fashion, cosmetics and home furnishing.

Likening the platform to a “TripAdvisor for the Ramadan bazaar”, Mr Khairul says that other than listing and categorising items, it also links customers directly to the merchant’s website or WhatsApp number and payment gateway. Many of the vendors run home-based businesses, he says.

Those who seek greater visibility on the website’s banners can buy packages priced from $199 to $699.

Another free platform that will launch tomorrow is set up by Mr Izad Razi, who has run a food blog The Halal Eater for the past five years.

The 34-year-old, who set up the e-commerce portal himself in a few days and is not charging vendors any fees, says he “reached out to the community via social media and my e-mail list”. He has about 50 vendors onboard so far.

“I heard from displaced vendors who had invested in stock and manpower only to find themselves stuck with thousands of dollars worth of inventory, so I came up with the idea for an e-bazaar to help them,” he says.

Among the vendors is Ministry of Wings. Founder Akasha A. Rahman, 34, was set to open his first stall at the Geylang Serai Ramadan Bazaar this year. He sells chicken wings in flavours like sambal kicap, spicy cola and garlic parm.

Mr Akasha, who is accepting only pre-orders at the moment, will start taking daily orders for islandwide delivery once Ramadan kicks off.

He says he was also approached by another platform, which is “well-recognised”, but charges a fee.

“The organisers have guaranteed earnings, as do the delivery services, but the vendors have to pray (for business),” he adds. “But The Halal Eater is free for vendors, so there’s nothing to lose.”

Last year’s Wisma Geylang Serai bazaar attracted about two million people – the highest turnout recorded for such a Ramadan bazaar. Several Ramadan bazaars also pop up in the heartland, with annual ones in Tampines, Woodlands and Jurong.

But in the online space, being able to stand out among the sheer number of listings is a major concern for vendors. For instance, a Facebook group called Bazaar Ramadhan Singapore 2020 – where vendors can post their offerings and customers can crowd-source for items – has more than 36,000 members.

Madam Siti Rohani Habib of Persian Boutique and Note Cosmetics has reservations about whether online platforms will be able to help her 15-year-old business, which she considers “seasonal”.

“Around April and just before Ramadan is usually when business picks up,” says the 48-year-old, who has 12 stores in areas such as Tampines, Paya Lebar and Joo Chiat selling clothes and cosmetics from the Middle East.

She usually has a stall at the Geylang Serai bazaar, adding that the business relies a lot on face-to-face sales, customisations and “the personal touch”.

After the bazaars were cancelled, she set upa website and got on e-fashion retailer Zalora too. “But I don’t know how much that can help me,” she says.

Mr Izad of The Halal Eater is confident business will pick up in the fasting month.

“Unlike physical bazaars, new vendors can set up shop within a day in our e-bazaar, so there will always be something new to look forward to with every visit,” he says. “People also tend to shop more during Ramadan.”