PSA: With the spookiest night of the year only a couple weeks away, it’s officially crunch time to start figuring out what you’re dressing up as and what your plans are for the evening of Oct. 31. Whether you’re a kid or an adult, engaging in Halloween shenanigans all night long takes some major fueling up, which is why you’ll definitely want to schedule a stop at Chipotle to stuff your face with all the guac you can stomach before the rest of your night kicks off. Just make sure to grab your costume before you head over, because Chipotle’s Boorito deal for Halloween 2019 is all treat and no trick when it comes to scoring cash off the burritos and bowls you love.

As someone who’s been happily jumping on the fast casual eatery’s Boorito bandwagon since my freshman year of college, my tastebuds and I were ghoulishly happy to see that Chipotle is bringing back its annual Halloween tradition once again this year. If you haven’t taken advantage of the chain’s Oct. 31 promo — or you just need a refresher —here’s the deal: On All Hallow’s Eve (aka Oct. 31), you can head on over to your closest Chipotle storefront and expect to pay just $4 for your choice of burrito, burrito bowl, salad, or an order of tacos, Chipotle confirmed to Elite Daily. The catch? All you have to do for the discount is get into the ~spirit~ of the holiday by wearing a costume when you go and grab your food. What constitutes a "costume" is up for interpretation by the employees, but in my experience, they’re pretty lenient if it looks like you at least made a little bit of an effort. 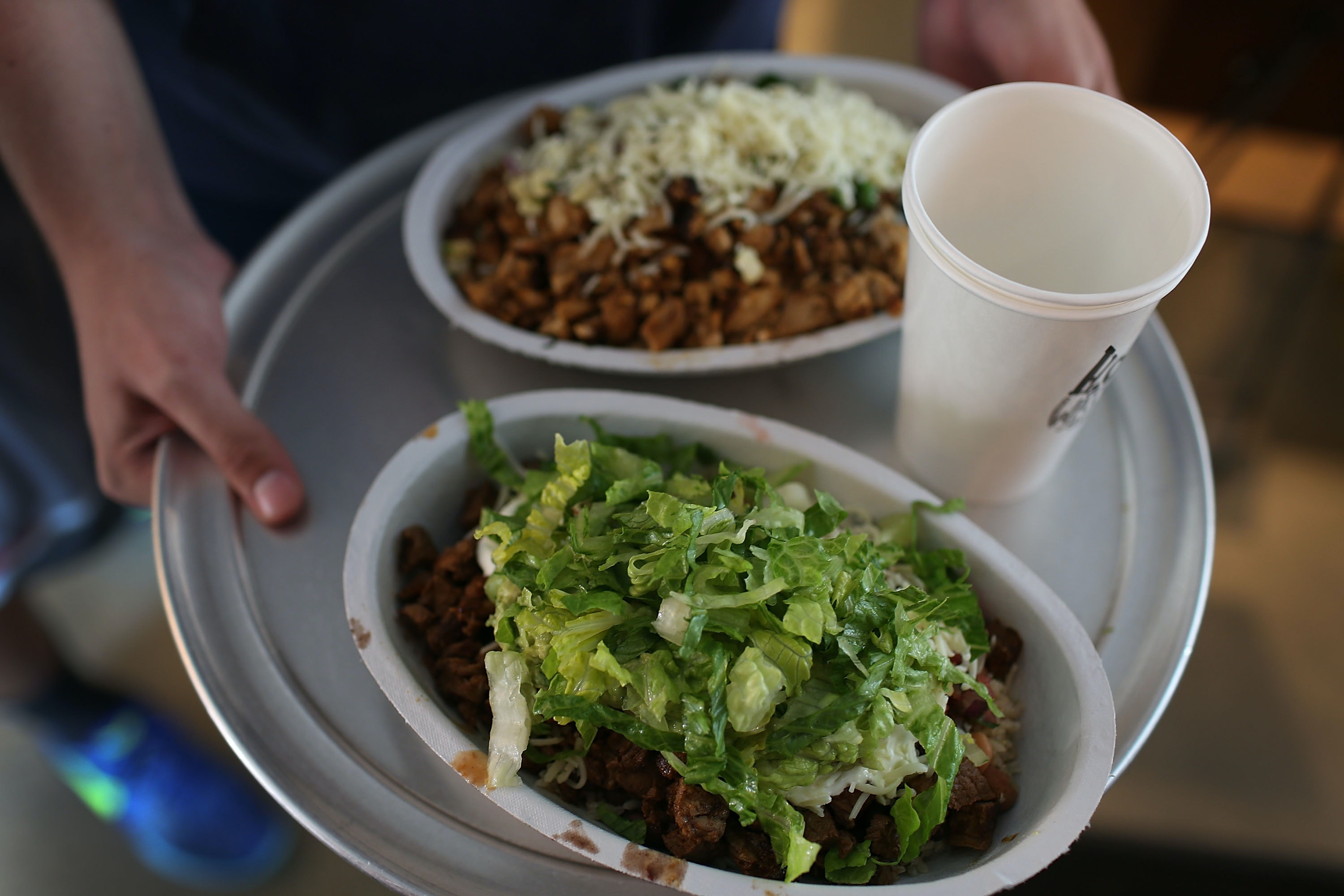 As every burrito enthusiast knows, this $4 deal is a complete steal for the chain’s lineup of Tex-Mex goodies. Looking at it this way, it’s basically equivalent to getting an order of chips and guac for free, so I’d go ham on all your favorites once Halloween arrives.

IMHO, the best part is that the deal will be going from 3 p.m. local time to the time of the store’s closing, which means you could also plan to head over to satisfy your late night munchies once you’re done with your Halloween festivities. Or go before and after, because October is treat yo’ self season.

Unfortunately for couch potatoes and anyone who doesn’t plan to budge from their scary movie marathon, Chipotle confirmed to Elite Daily that it isn’t bringing back its online deal from last year. So, yes, you’ll have to physically dress up and head to your closest location if you want to get in on this promo. That being said, it’s a pretty small price to pay for a $4 burrito bowl.

I know it’s hard to believe, but Halloween is just around the corner, so I’d coordinate costumes with your crew and plan to make the trek come Oct. 31, so you can fuel up on some scary good eats without breaking the bank. Happy munching!