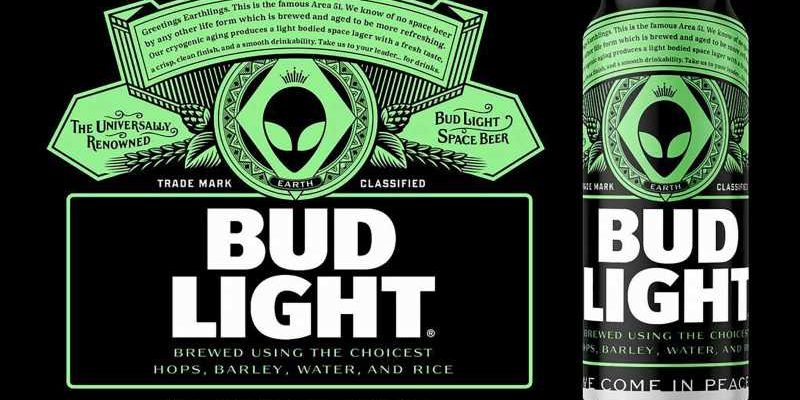 With curiosity at an all-time high over the extremely secretive and mysterious Area 51, even breweries are offering their services to the potential aliens inside the military facility.

Following the creation of a Facebook event titled “Storm Area 51, They Can’t Stop All of Us,” Anheuser-Busch, makers of Bud Light, decided to get in on the fun after initially declining to sponsor the raid, at first tweeting “We’d like to be the first brand to formally announce that we will not be sponsoring the Area 51 raid” on July 15.

Just two days later, the brewery had a change of heart. “Screw it. Free Bud Light to any alien that makes it out,” a follow-up tweet read.

The Facebook page, which has drawn the very real attention of the Air Force, jokingly intends on raiding the super secretive military facility in an effort to liberate any potential extraterrestrials being held at Area 51.

Bud Light took their offer a bit further on Wednesday afternoon, redesigning their beer cans with an alien-related theme in response to the ever-growing popularity of the Facebook event.

“Greetings Earthlings. This is the famous Area 51,” it says at the top of the can. “We know of no space beer by any other life form which is brewed and aged to be more refreshing. Our cryogenic aging produces a light bodied space lager with a fresh taste, a crisp, clean finish, and a smooth drinkability. Take us to your leader…for drinks.”

However, Anheuser-Busch says it won’t actually change the Bud Light cans until they receive 51,000 retweets, which as of Friday morning was still 22,000 retweets short of happening.

The tweet in question stands at 29,000 retweets at the moment.