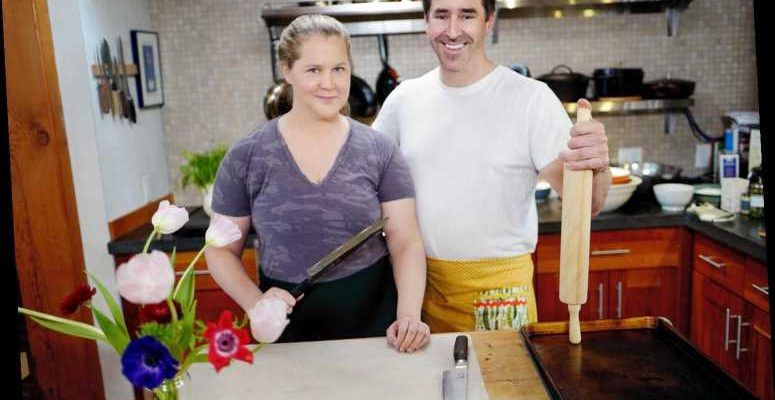 This will be a bronzed carrot.

Earlier this year, Amy Schumer went live on her Instagram and later posted an IGTV with the caption "This is a carrot." She was there to show off an interesting looking vegetable her husband, Chris Fischer, discovered while cooking. "This is just an existing carrot," she said of the carrot, which resembles, well, a man's lower half.

The root veggie was instantly memefied — and now, Schumer is solidifying this important moment in history forever. While promoting her upcoming Hellmann's Super Bowl commercial, the actress tells PEOPLE that she is currently in the process of having it bronzed.

"I was like, 'This is the craziest thing I've ever seen.' I just couldn't even believe it was real," she says. "So I'm having them make 10 replicas to auction off for charity or something because people need it in their homes. People need that carrot. I can't be the only one who got that carrot."

After keeping the carrot in cold water to prevent it from rotting (a tip from her Instagram followers), Schumer shipped it off to her friend Tyler who is taking care of the preservation process. "He was giving me daily check-ins like, 'The carrot is doing great. It's even better. It's really thriving,' " she adds with a laugh.

The idea of embracing irregular food is right in line with the subject of her Hellmann's commercial — though she is really encouraging people to eat the food, not bronze it.

"My character hates food waste. She hates people who waste food and Hellman's has really educated me on what a big problem food waste is in the country," she says. "So it's kind of like Hellmann's make tastes not waste."

In a teaser for the commercial, which will only air in full on Super Bowl Sunday, Feb. 7, Schumer can be seen stepping inside a fridge and fanning out her wings. She calls it "magical realism."

Aside from not discriminating against unique produce, Schumer says there are plenty of ways to prevent food waste. "You know that half eaten jar of pasta sauce in your fridge? We all have one. You can actually pop that in the freezer and preserve it for later," she says.

Leading up to the big game, Schumer is fully embracing her role as Hellmann's spokesperson. "We were laughing because my friend Jennifer Lawrence is the face of Dior, and I am the body of mayo," jokes Schumer. The Trainwreck star is no stranger to food programming. Schumer, Fischer, their son Gene, 1, and nanny, Jane, star in Food Network's Amy Schumer Learns to Cook. Gene is even starting to take after Fischer in the kitchen.

"He goes up and we give him food and he copies his dad and he already thinks he's cooking," she says. "It's so cute."

Though Schumer mostly sticks to jokes and cocktails on the show, she did say that it has given her more confidence around a stove: