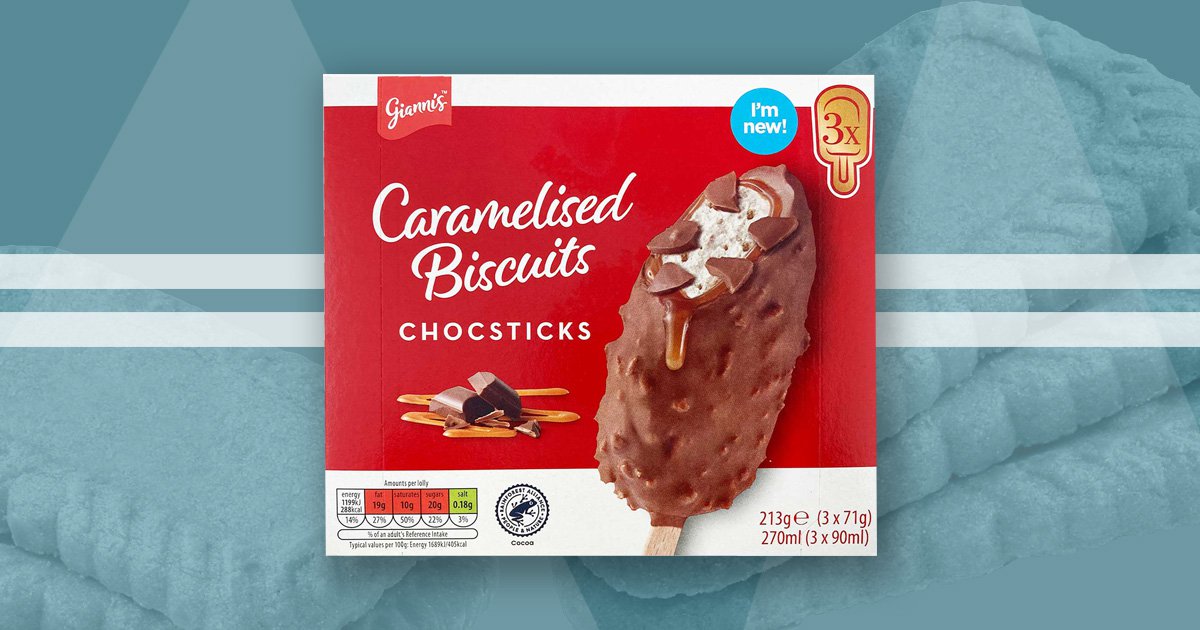 Biscoff is a firm favourite among dessert-lovers, with Lotus biscuits, spreads and ice creams spawning an untold number of tasty and unique recipes.

The ice creams are swirled with caramelised biscuit spread, with a layer of caramel sauce, then a coating of milk chocolate on the outside.

Decorated with crunchy caramelised biscuit crumbs, they sound ideal for the summer.

A pack of three will cost just £1.89l £2 cheaper than a pack of three Lotus Biscoff Ice Cream Sticks, which costs £3.89 (according to Tesco’s pricing).

On top of that, Aldi is also going to be selling Gianni’s Ruby Chocsticks, which are sticks of white chocolate ice cream with raspberry sauce covered in pink ruby chocolate.

At £1.89 for a pack of three, these will be £1.96 cheaper than the Ruby Magnum equivalent (according to Sainsbury’s pricing).

For anyone keen to get their hands on these sweet treats, the good news is you don’t have to wait as they’ve been available in store since May 17.

If you feel like being even more decadent, Lotus launched a Biscoff Ice Cream Cake earlier this month which is available at Iceland and Food Warehouse and costs three pounds.

And for any budding dessert-makers, we’ve got a five-ingredient recipe for Biscoff Rocky Road for you to try your hand at if you fancy.