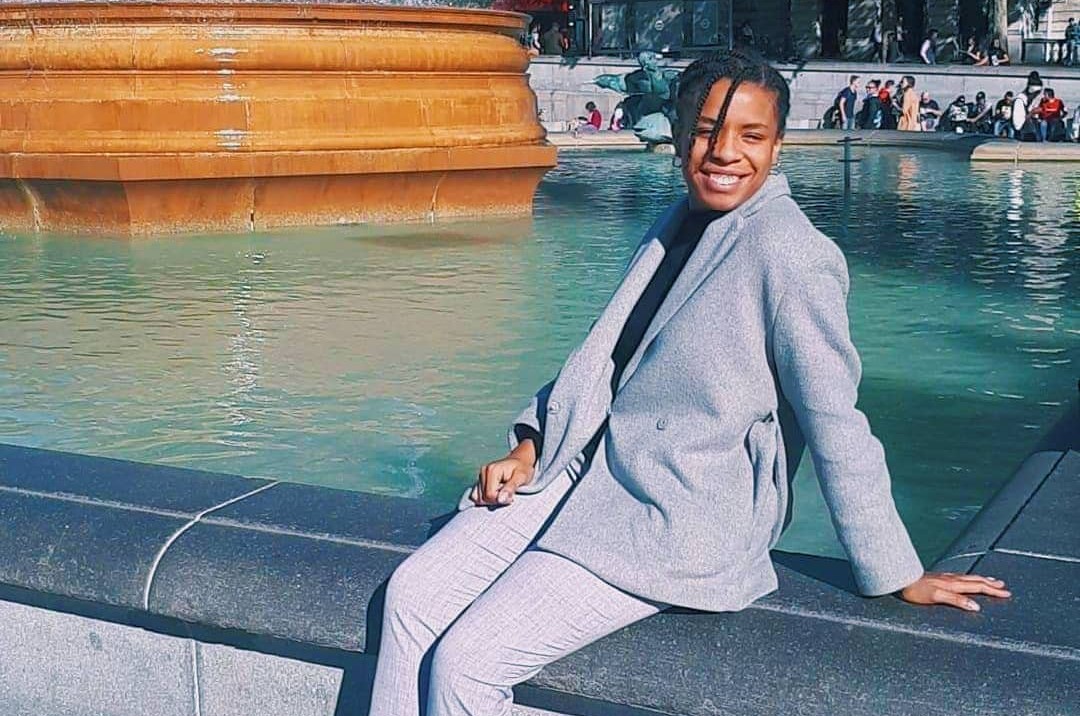 Within minutes of taking a bite of the tempura chicken I’d ordered from a Japanese restaurant on a food delivery app, my mouth felt all tingly.

Suddenly, it became difficult for me to breathe, so I took an antihistamine and called an ambulance straight away.

Luckily, I was able to regurgitate the food I had eaten and once the ambulance came, I was only dealing with a mild allergic reaction. I suspect the tempura was fried in nut oil – but I was allergic to nuts.

Going to a restaurant or ordering a takeaway shouldn’t be a death sentence. Unfortunately for food allergy sufferers like me, it can be.

I first learned about my allergies after one of my siblings had an allergic reaction to nuts, which prompted my parents to have all their children allergy tested. I was two years old at the time.

The tests showed that not only was I allergic to all nuts, I also have oral allergy syndrome, which means my body sometimes mistakes protein in fruits and vegetables for pollen. In other words, I never really know how I could react to certain foods, as well as dust, cats and penicillin.

I think my parents were definitely confused about my siblings and I having allergies because they don’t have any themselves. Nevertheless, my mother was always very cautious about what she fed us growing up.

I’ve always stayed away from nuts, but over the years I have learned to recognise the symptoms of mild reactions. These include a tingling sensation on the tongue, itchy bumps around the mouth and sometimes shortness of breath through the throat closing up.

It was difficult interacting with friends at a young age. Not so much eating at a friend’s house, but in school, parents were reminded of our family’s allergies and they had to be careful about the food that was shared among everyone.

I got a studio at university because it is much easier to control the food being used in the kitchen. I also stayed in London – where I am from – so I was already familiar with restaurants that were safe for eating out or ordering a takeaway.

Until that incident at the Japanese restaurant via the food delivery app in 2017.

Although I found the entire ordeal terrifying, I count myself lucky my allergy was not severe enough to cause an anaphylactic shock, which can be the case for some allergy sufferers. Anaphylaxis is a severe and potentially life-threatening reaction to a trigger.

The most disheartening thing about the experience was that neither the app nor the restaurant were interested in listening to my concerns about ingredient-labelling on the app. I first attempted to call the restaurant, but when I explained my concerns, they hung up and then refused to take any more. The food delivery app claimed it was the restaurant’s responsibility to display allergy information.

After this incident, I’ve ordered food out sparingly, and only from restaurants that are less likely to use nuts, such as chicken shops or pizza restaurants.

Eating out can sometimes be a nightmare – I have to check menus beforehand and explain to waitstaff that I have an allergy. Restaurants should have an up-to-date allergy menu, but this is not always the case.

I’ve been refused service several times. Sometimes if you have an allergy, restaurants will refuse to serve you as they do not want to risk getting sued. I was once even turned away from a burger restaurant, which I thought was ridiculous. It was a completely humiliating experience.

I get allergy-tested every few years because allergies can develop over time and the body can suddenly react differently. It’s a skin prick test on the forearm, which checks for immediate allergic reactions to as many as 50 different substances at once. This test is usually done to identify allergies to pollen, mould, pet dander, dust mites and foods.

Now, for the most part, I avoid trying new restaurants and stick to meals that include meat or dairy, like dairy milk instead of almond milk or roast chicken instead of nut roasts.

I’ve noticed a lot of restaurants these days are adapting their menus to include vegan options. But many of the ingredients used in vegan alternatives are common allergens for me – nuts, sesame, wheat, and soy.

It’s incredibly annoying that restaurants can assure vegan or vegetarian that food is meat-free but not someone like me that my food will be nut-free.

Many people have died from food allergies. There have been 187 fatalities since 1992, where the cause of death was likely to be food-induced anaphylaxis. At least 86 (46%) of these were due to peanuts or tree nuts.

After 15-year-old Natasha Ednan-Laperouse died after eating a baguette from Pret a Manger, which contained sesame in 2016, her parents have since campaigned to change the laws on food ingredient labelling.

Similarly, Owen Carey – who had a dairy allergy – ordered a skinny-grilled chicken burger, which was marinated in buttermilk but was not on the allergy menu at a Byron Burger restaurant in London for his 18th birthday and died in April 2017.

Both Owen and Natasha were so young, and they both took active steps to avoid coming into contact with food they were allergic to. I cannot imagine the anger their families must feel at that.

Natasha’s Law came into effect in October last year – it requires all food businesses to provide full ingredient lists with clear allergen labelling on pre-packed for direct sale foods. I believe this is a positive step forward, but it shouldn’t take a death for restaurants to start taking food allergies seriously.

Unfortunately, this is a growing issue. The number of people in the UK with allergies increases by around 5% every year and the range of foods to which people are allergic has also widened, according to the London Allergy and Immunology Clinic.

A lot of the responsibility to stay safe is put on food allergy sufferers but that isn’t always enough. Restaurants and food providers need to follow the law and take food allergies seriously.

Restaurant staff need to actually know what’s in the food they are serving and be able to properly explain the risks to customers. On top of this, chefs need to make sure they have low-risk sanitised stations to be able to adapt meals for food allergy sufferers.

The NHS may be struggling right now, but early allergy testing is key.

Organisations such as Allergy UK, Anaphylaxis UK, and the Natasha Allergy Research Foundation have some really useful resources so the information – like how to recognise anaphylaxis reactions and how to use an EpiPen to treat them – is available if you know where to look.

Allergy sufferers like me deserve to feel safe wherever we eat.