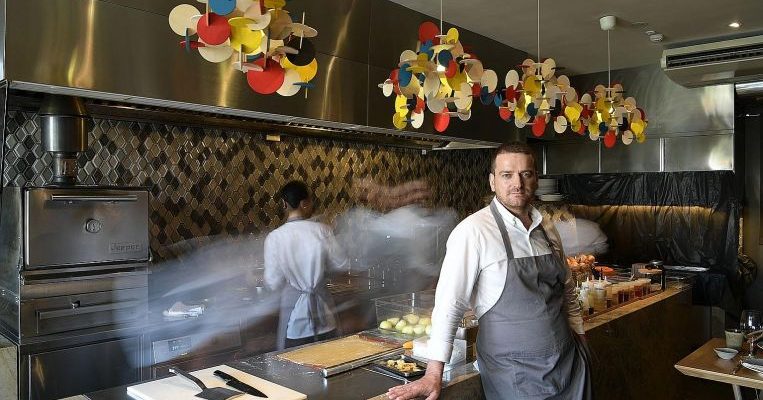 Italy-born Singaporean chef-restaurateur Beppe de Vito is all about the details – from precision in plating to restaurant service.

In fact, the 46-year-old front-of-house-trained restaurateur, who is behind the ilLido Group of restaurants, has made a name for himself by personifying good service in an industry that demands it.

Six of his eateries are located within the Central Business District, each no more than a 10-minute walk from one another. He goes to each of them on foot.He runs and owns seven food and beverage outlets, which include one-Michelin-starred Italian restaurant Braci in Boat Quay; Venetian-styled bacaro wine bar &Sons at China Square Central; contemporary Italian restaurant Art in Market Street; and Room For More, a whisky bar in Harding Road, which opened a few months ago.

A self-trained chef, his restaurant Braci, which he cooks at, has been awarded a Michelin star two years running, dispelling any reservations diners or industry peers had about his cooking ability.

His average day includes administrative work such as signing cheques and checking bills, as well as serving customers, cooking, plating dishes and checking new menus and the quality of dishes.

He goes to at least three outlets a day, but says it is not uncommon for him to check all his outlets in a day.

He emphasises that all his restaurants can function without him and likens running them to a performance.

The father of four sons aged four to 14, who is married to co-founder of an online portal and an integrated communications firm Lynn Yeow, 38, says: “We are actors on a stage and we have to perform. And if I am at a restaurant, I am an extra character. The script changes a little bit, but we put forth the same story.

“I think everything can be improved all the time. We listen to the customer. Of course, we don’t listen to every comment because we have an identity, we have a product that we believe in, but we try not to be blinded by our own beliefs, traditions and backgrounds.”

This video is the last episode of a six-part series A Day In The Kitchen, produced by The Straits Times in partnership with the Infocomm Media Development Authority.