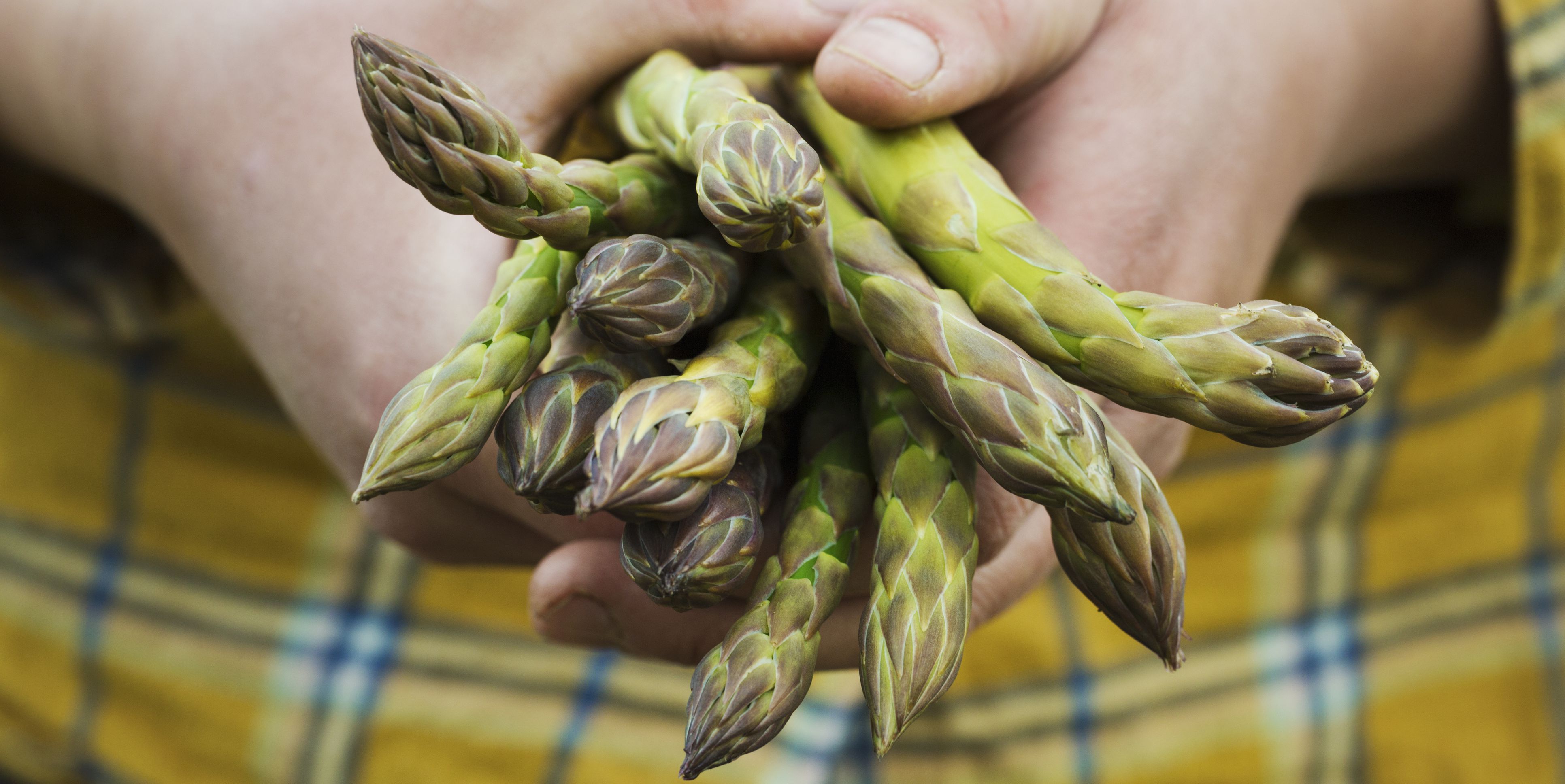 It’s not just for pregnant women—folate is necessary for a guy’s body to run smoothly, too. That’s because the B-vitamin aids in the production of the important genetic material DNA and RNA, as well as in the creation of red blood cells. It’s also a key player in healthy cell division and replication.

Folate is naturally occurring in many food groups, especially dark, leafy vegetables, beans, peas, and nuts. Food companies also add it in its synthetic form, folic acid, to fortify foods like breads, cereals, and pastas.Shoot for 400 micrograms (mcg) of folate each day.

Want to boost your levels? Take a look at the slideshow to see which everyday foods are the highest sources of natural folate.

One-half cup of cooked navy beans contains 127.5 mcg of folate. These versatile beans—which are actually white—are great in stews and chili, and also pack a fiber punch to fill you up.

One-half cup of cooked black beans has 128 mcg of folate. A staple in Mexican dishes, the bean is also rich in antioxidants.

One-half cup of cooked, boiled spinach contains 131.5 mcg of folate. The green, leafy vegetable is also packed with vitamin K, which is necessary for helping our blood clot.

One-half cup of cooked, boiled asparagus has 134 mcg of folate. One of the first spring crops to pop up, asparagus has a subtle, delicately grassy flavor, making it a versatile side dish for whatever’s on the menu.

One-half cup of cooked chickpeas packs in 141 mcg of folate. Filled with both fiber and protein, these little guys make a filling snack. Put them to delicious use by whipping up the easiest hummus you’ll ever make.

One-half cup of cooked pinto beans contains 147 mcg of folate. One of the most common beans out there, pintos taste great dropped in chili or tucked into burritos.

One-half cup of cooked mung beans contains 160.5 mcg of folate. Popular in China and India, these green-colored beans have a naturally sweet flavor that’ll add some taste to your next salad.

One-half cup of cooked black-eyed peas have 178 mcg of folate. They’re a staple in Southern cooking, and also can be bought canned, dried, or frozen. Just make sure you rinse off the canned stuff first to help reduce the sodium.

One-half cup of cooked lentils contains 179 mcg of folate. Try making some soup with these hearty legumes—rich in both fiber and protein, they’ll definitely fill you up.

One-half cup of prepared edamame packs in 241 mcg of folate. These soybeans are the quintessential Japanese appetizer. Plus, since they’re still in the pod, working them free in order to chow down prevents you from eating too quickly.

Eggs may be the most versatile food—you can eat them for breakfast, lunch, or dinner—or snack on them midday. Plus, they pack a protein punch on top of the folate.

Loaded with healthy fats, avocados are a healthy pick for fat and flavor. Put them on your salad, a sandwich, or in a smoothie. Or go for the extra charge for guac.

The cruciferous veggie is loaded with folate. Plus, it’s also high in vitamin C.

The crunchy lettuce is the base for most leafy salads. It’s low calorie, but high in lots of vitamins and minerals like calcium and potassium.

Convenient and crunchy, sunflower seeds are packed with folate. Sprinkle them on your salad or pick some up at the gas station.

Chicken liver is a good source of protein and low in fat, but if you’re watching your cholesterol, you may want to skip them.