THERE’S nothing like a well-made, tightly wrapped, totally stuffed burrito.

Although many restaurants nail the dish, if you’ve ever tried to make a burrito at home, you know it can be difficult to achieve those qualities. 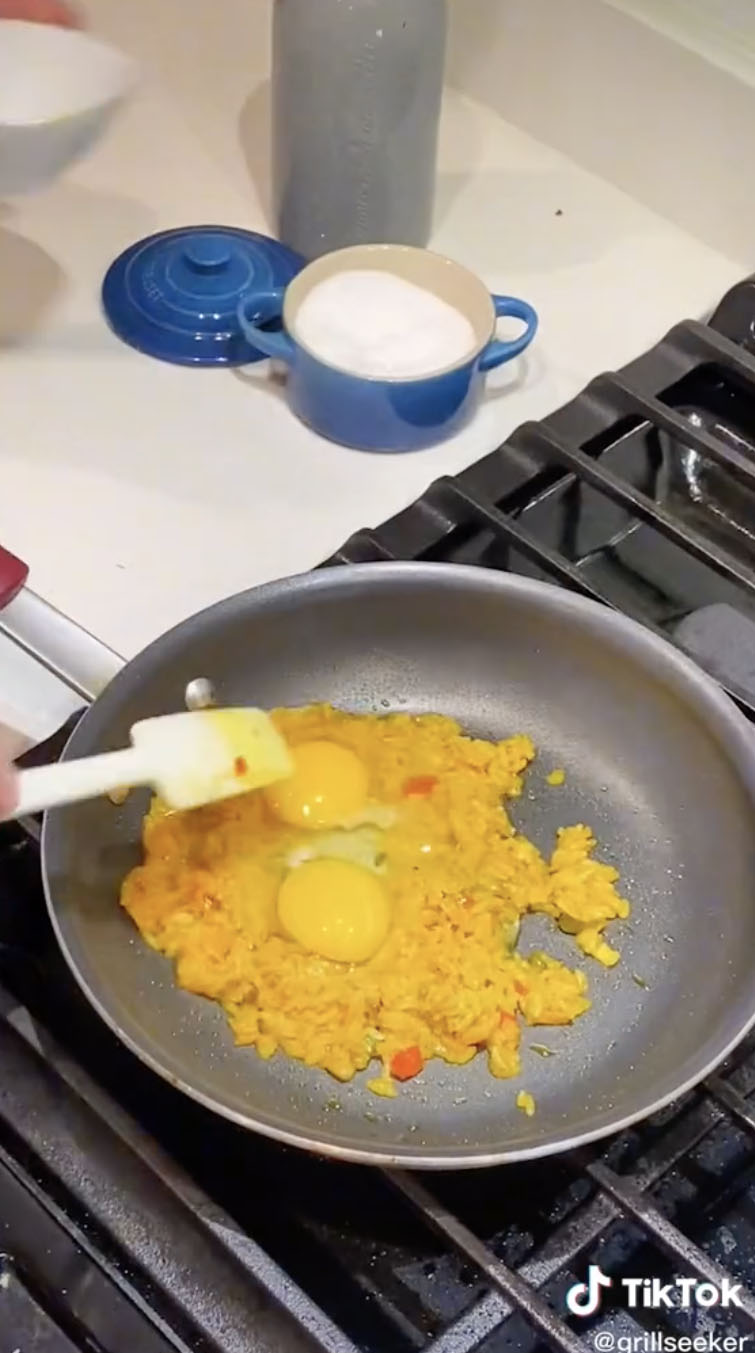 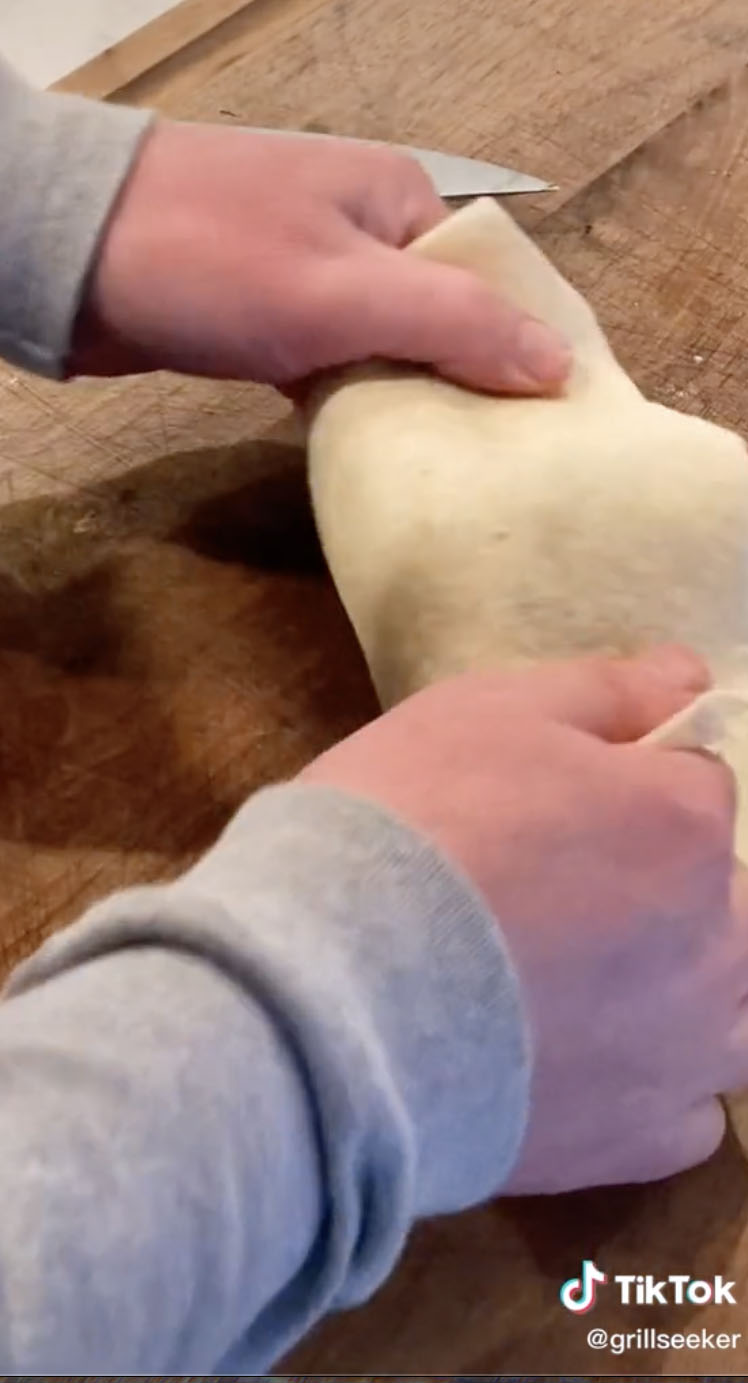 Luckily for us, a man named Matthew Eads shared his tips on how to make a killer homemade burrito.

Eads is a grilling instructor with his own cookbook, so it’s safe to say you should trust him on this one.

In the TikTok, he began: “What are you gonna do with that leftover rice? Breakfast burrito of course.”

The cook drizzled some oil on a skillet before adding the heap of yellow rice.

Step two: “Throw a couple eggs in there, scramble those around, give it a little mix.”

He then threw some cheese into the mix and advised his viewers not to be stingy with the cheddar.

Next, he pulled out a soft burrito wrap, and placed the egg and rice combination in the center. He topped it with a few avocado slices for an earthy touch.

To shape the burrito, Eads folded the shorter top and bottom flaps over the filling and then folded one of the side flaps over that and rolled it towards the other side flap.

Then came his secret: To hold the burrito in place, he lined the final side with a little more cheese before folding it over.

“This way, when you put it back on the pan, give it a little spinny-spin, that cheese melts and holds the burrito nice and tight,” he added.

The melted cheese worked as a sort of edible glue for the wrap.

“There we go. This burrito is golden like pony boy. Let’s cut it in half, add a little hot sauce, and we’re good.”

The hack quickly earned the praise of many viewers:

“Greatest tip I have seen in a long time,” wrote one.

“You deserve an award,” added another. 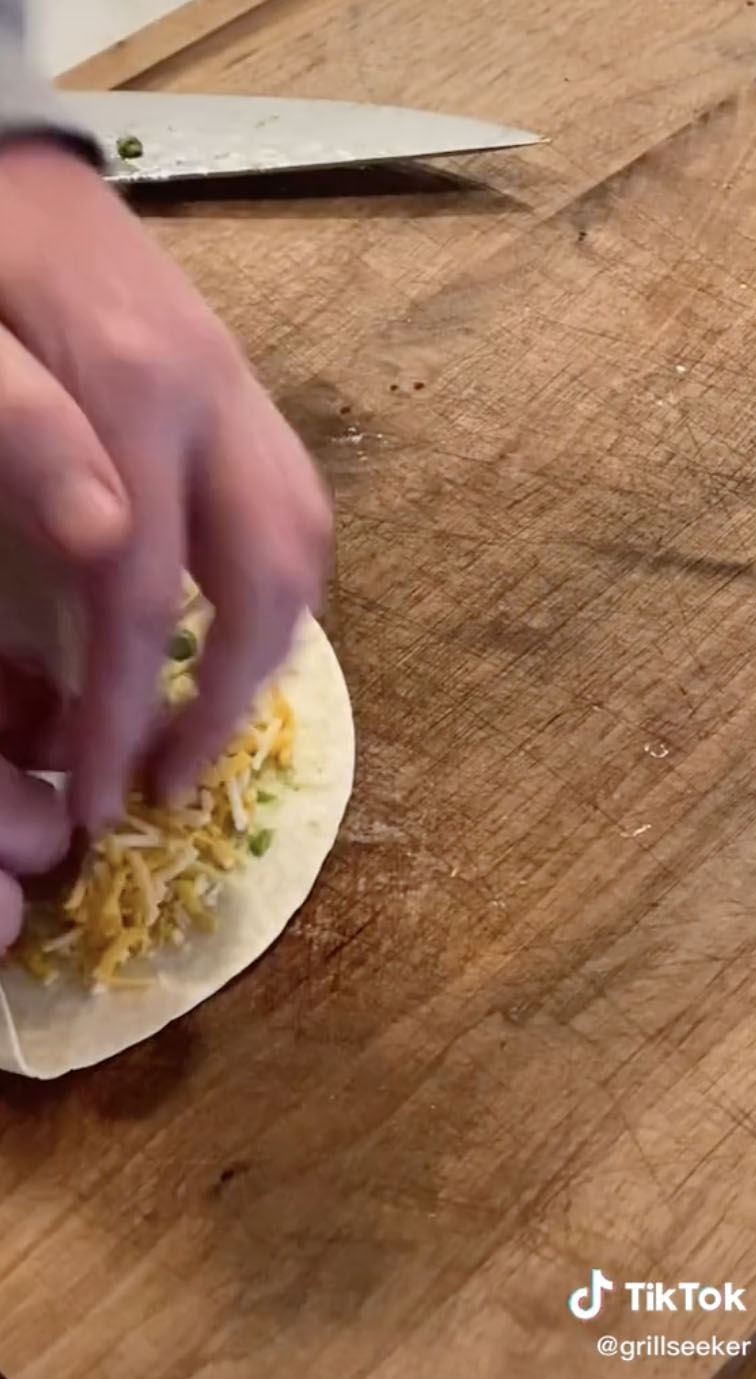 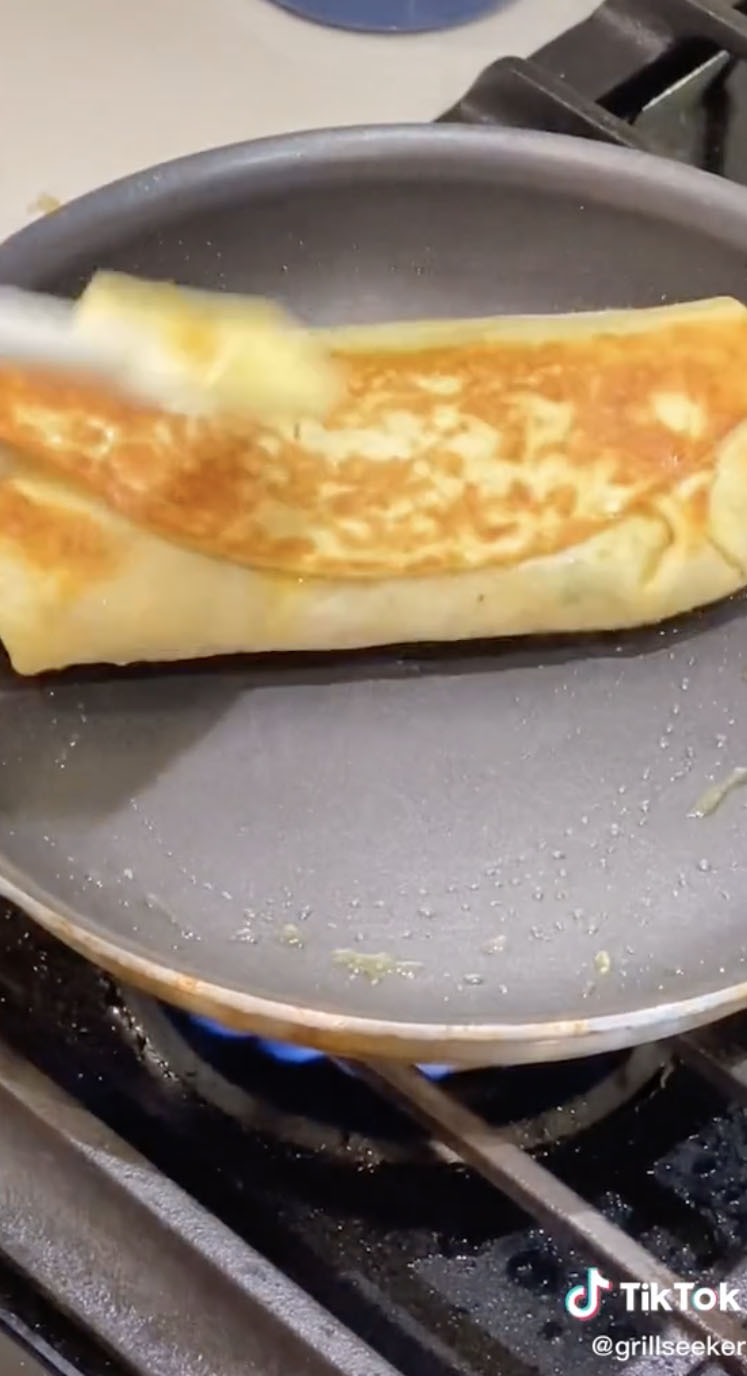