In the Northern Hemisphere, spring can be defined as the moment the sun glides across the celestial equator in late March. As we tilt toward that wondrous starlight, its rays become more concentrated on our side of the earth, giving us our warmer half of the year.

There is no bigger deal in astrology. It is a powerful season, one defined by cosmic regeneration, “the beginning of rebirth,” as the astrologer Chani Nicholas reminded me by text the other day. It embodies more of a new year than the ending of the calendar year, a celestial orientation that manifests in many communities and cultures that observe solar and lunar calendars. 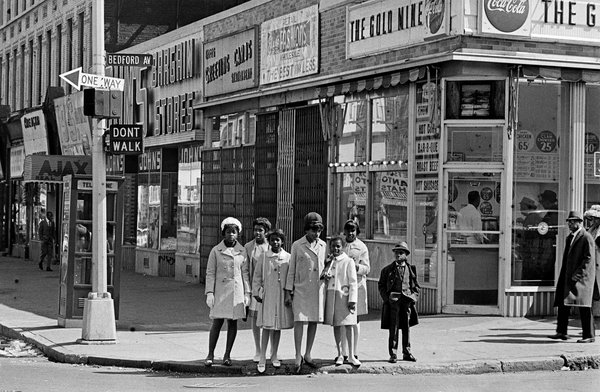 The rituals of spring take on many earthly forms, each revolving around similar themes of liberation and renewal. Passover celebrates the liberation of the Israelites from Egyptian slavery. Easter commemorates the resurrection of Jesus from the dead after his crucifixion by the Romans. Nowruz, the Persian New Year, which translates to English as “new day,” marks a time of spiritual prosperity, shedding the past and welcoming a fresh future. In Chinese communities, the festival of Qingming signifies a time for seasonal clearings, including flying kites, outdoor outings and visit to tombs to clean them and leave offerings for ancestors. The ancient Greeks rationalized the warmer seasons as the emotional outgrowth of Demeter, the goddess of fertility and harvest, overjoyed at the return of her daughter Persephone to Olympus from the Underworld. The Aztecs and Toltecs made sacrifices in honor of Xipe Totec, the patron god of seeds, their bloody appeal for a healthy crop for the coming year.

The rites that correspond with this time of year are universal. They transcend era, religion and culture. Above all, the return of the sun means the return of life. It’s more than the unsheathing of one season as a means to get to another. Spring is an alchemic time that animates and invigorates all those who honor it with a sense of vitality and growth.

Behavioral scientists have observed the importance of rituals on our ability to help us function and experience positive emotions. Work by Nicholas Hobson and others suggests that even the word “ritual” has more cognitive significance than near-synonyms like “habit” or “routine.” Ceremony is integral to our well-being; feeling a part of something bigger than ourselves can alleviate anxiety and help us retain a sense of control amid the chaos of the world. The familiarity is as palliative as the rituals, which echo the cyclical nature of the seasons, of life, of ups and downs.

New Yorkers have a springtime ritual unto themselves. It’s called stepping out, and it happens once the city shakes off its barrenness and thaws out. Most humans are heliotropic, or inclined toward the sun, but New Yorkers are especially adept at tracking its movements. The burdens of living in a city that cedes basic human needs like comfort to productivity and efficiency are made exponentially worse by frigid treks to the subway, deceptively deep icy puddles and the indignity of overheated apartments that dry out skin and sinuses.

Spring is more than a ritual — it’s a necessary reminder that these hardships we endure are only temporary. And what better way to celebrate a time of year marked by life and vitality than elaborate rituals of beauty, bodily adornment and anointment? New York is a city of display and voyeurism, and the celebrations that coincide with Easter Sunday make for an ideal moment to observe this phenomenon in full bloom. As the photographers of The New York Times have long documented, our city has made this day into one of collective worship.

The traditions remain the same: Those who are religious head to services and a meal. Those of us who aren’t head to brunch, or maybe the park, sporting a freshly pressed suit, an elaborate hat, a big bow, a bright lip, a colorful jumpsuit or one of those delicate beaded Loeffler Randall bags that have suddenly and mysteriously become as ubiquitous as the cherry blossom trees in Brooklyn.

Tina Campt, the author of “Listening to Images,” theorizes that photographs are haptic artifacts, capable of transmitting frequencies that can be felt, or heard by the body. “The notion of intimacy is precisely what I’m trying to get at when I’m talking about the haptics of images,” she said recently on the podcast “Imagine Otherwise.” “Sometimes we feel an active response to an image, but more often there is a passive response of connection.”

The faces in these images speak of that connection. They breathe the audible sigh of relief — and pride — at surviving another New York City winter. They plan to celebrate by turning out in clothing that reminds them of their aliveness. They have survived and triumphed over another winter in the city, with a beautiful day as their hard-earned trophy.

Jenna Wortham is a staff writer for the Magazine and a host of the podcast “Still Processing.” @jennydeluxe