Aussie brand Beginning Boutique's skimpy swimwear range was first brought to our attention at the weekend, when one mum recreated the brand's model shot to show how ridiculous the pants are. 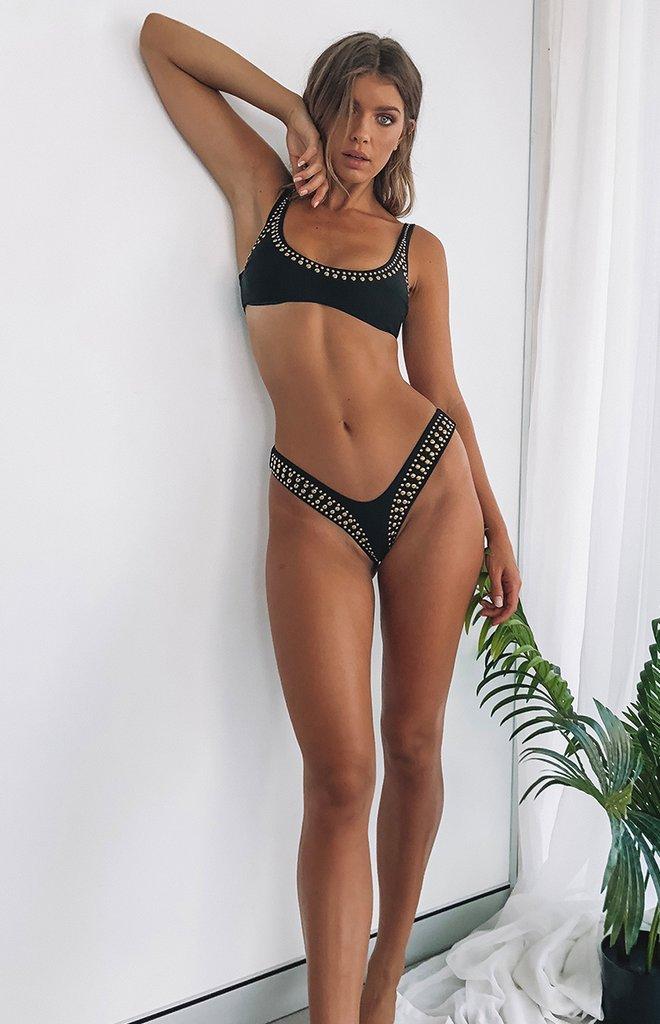 Blogger Laura, who posts under Knee Deep in Life, was forced to use emojis to cover up her modesty after braving the tiny £22 Heron bottoms.

And she's far from the only one who's confused, with one promotional shot of the thong bottoms and crop top racking up more than 149,000 comments and 35,000 shares in just a few days.

One woman commented: "I had a less intrusive smear test today", while a second joked: "I can't even sit like this in a normal bathing suit without my camel trying to stick its toe out and test the water."

Another labelled it a "cl** hammock", while one woman asked: "Are we not meant to have vaginas in 2019?" 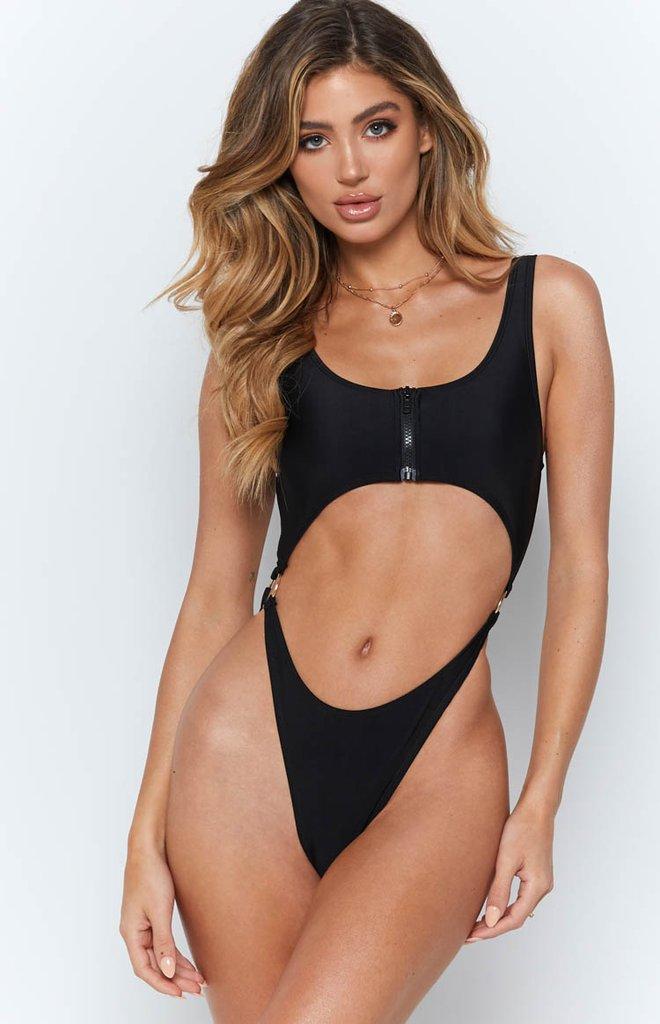 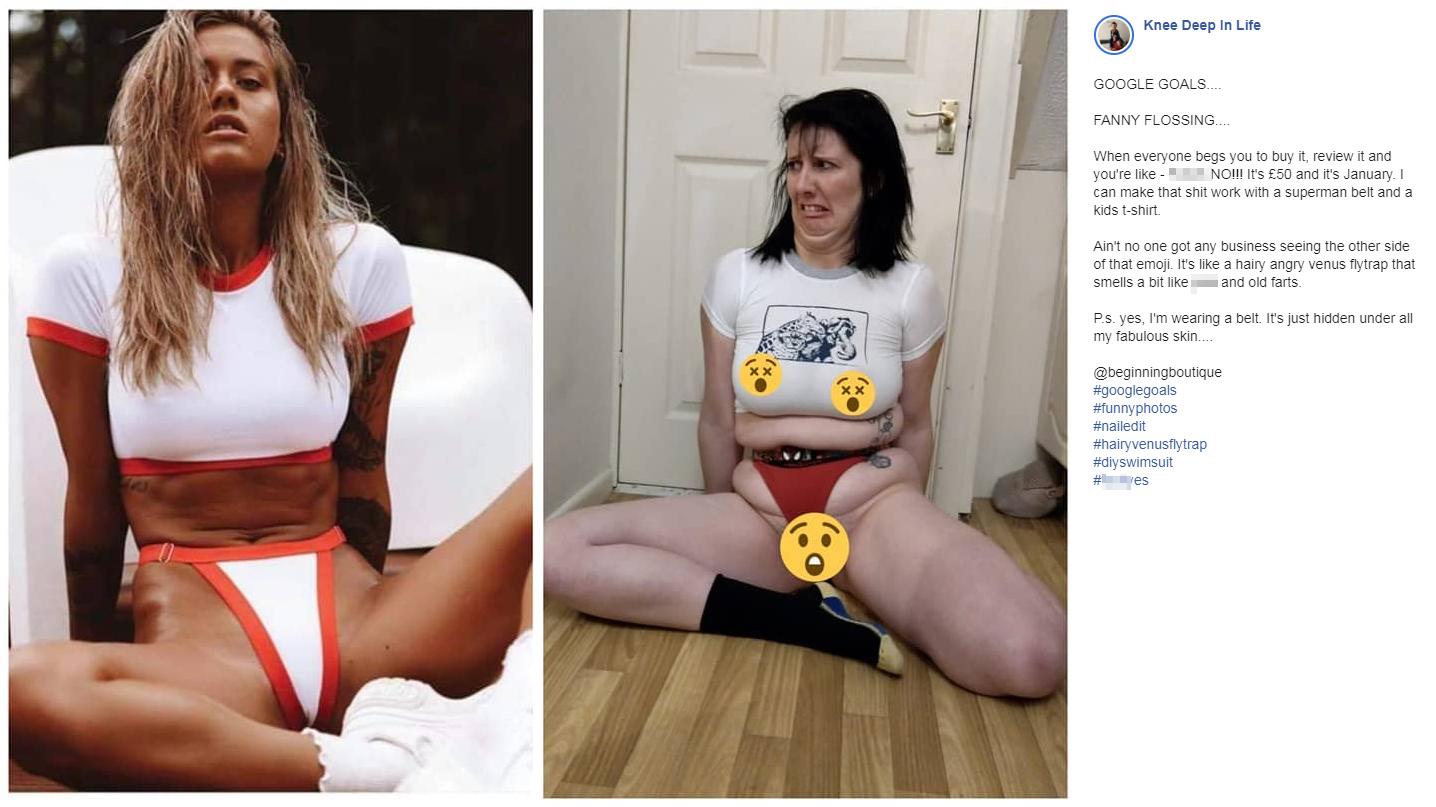 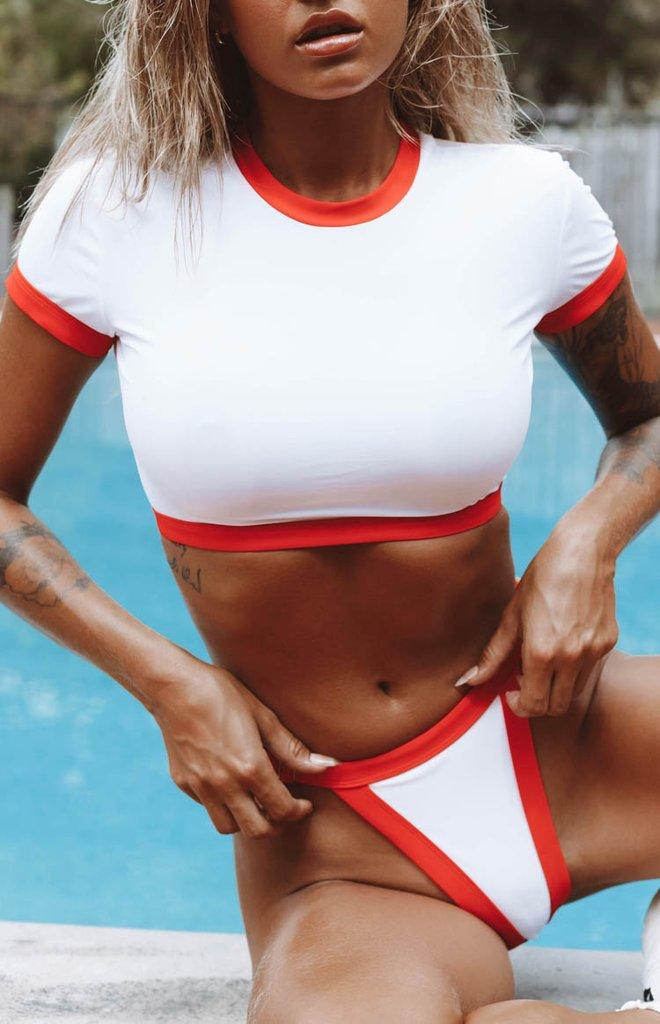 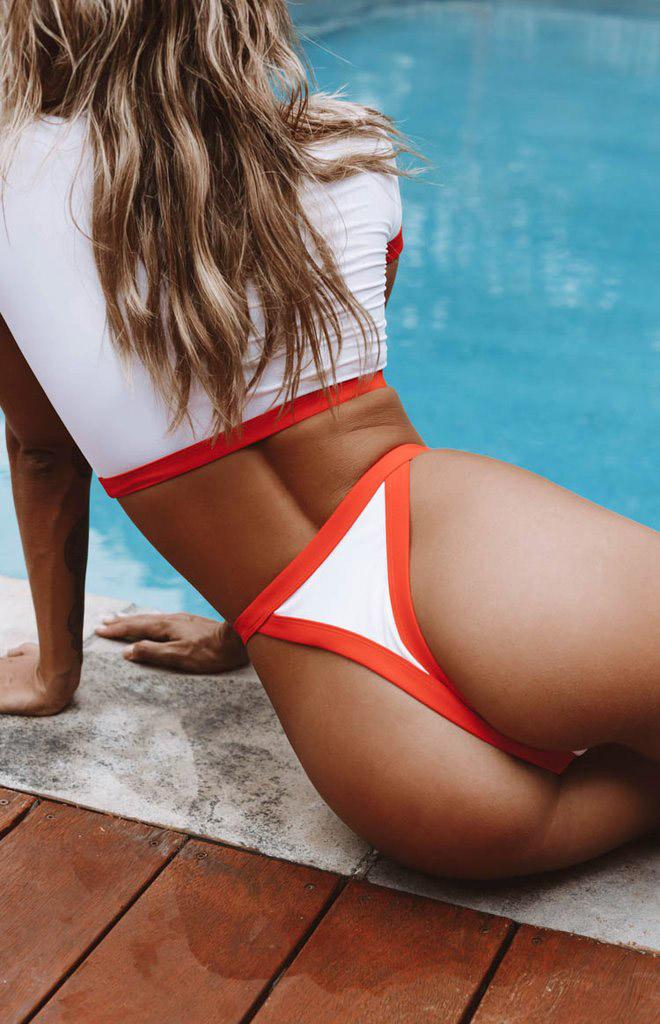 And it's not just the Heron set which has come under fire, as the brand have a few different bikinis which would require every inch of your body to be waxed in preparation.

Commenting on the brand's blue-and-white Fraser set, bemused women wrote: "Do you have any suitable for mums with vaginas that hang like sleeve of wizard. Asking for a friend?

"In all seriousness though I reckon this would cover the c section pouch".

Quoting Mean Girls, one baffled customer joked: "Raise your hand if your vagina has ever felt personally victimised by Beginning Boutique" and a second added: "Stop trying to make fanny floss happen!" 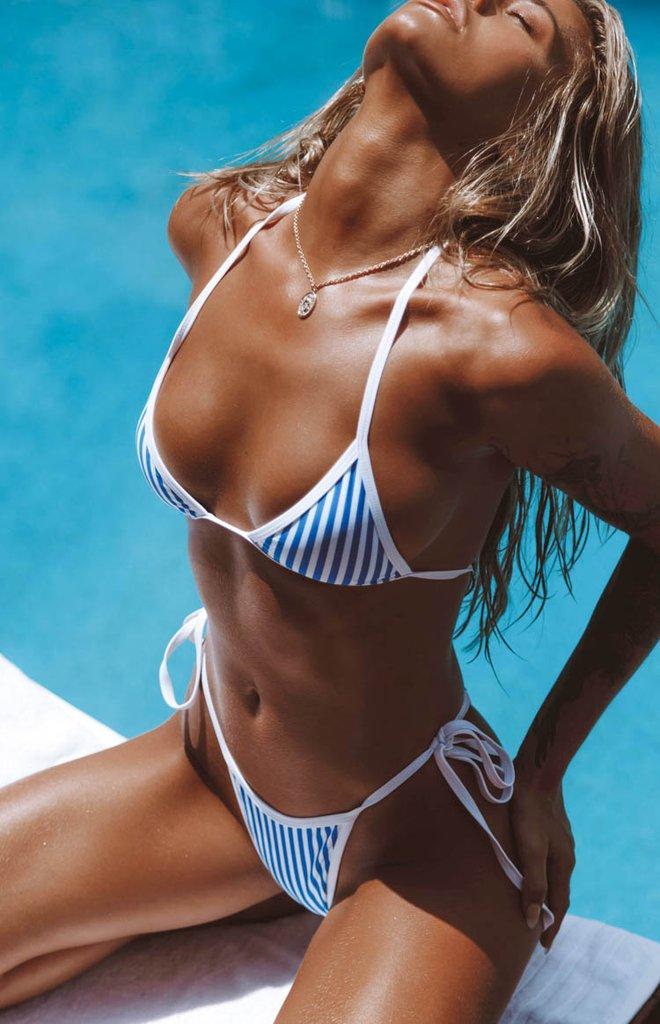 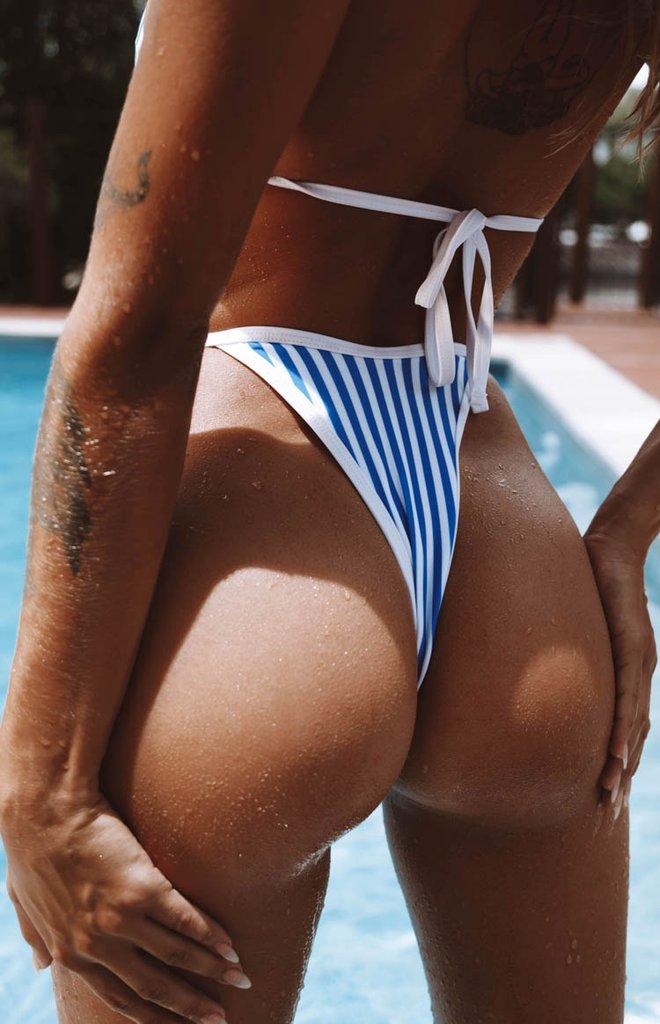 Others declared the entire range a "publicity stunt of overwhelmingly hilarious comments".

"Great marketing, even if it's at the expense of adding to the mentally detrimental unrealistic beauty standards and insecurities within the women and what is being perceived as Barbie doll labias as normal," one woman wrote.

Just last week, a nude high-waisted set costing £28, with a buckle for readjustments, also caused controversy after blogger Olivia Mathers showed them off. 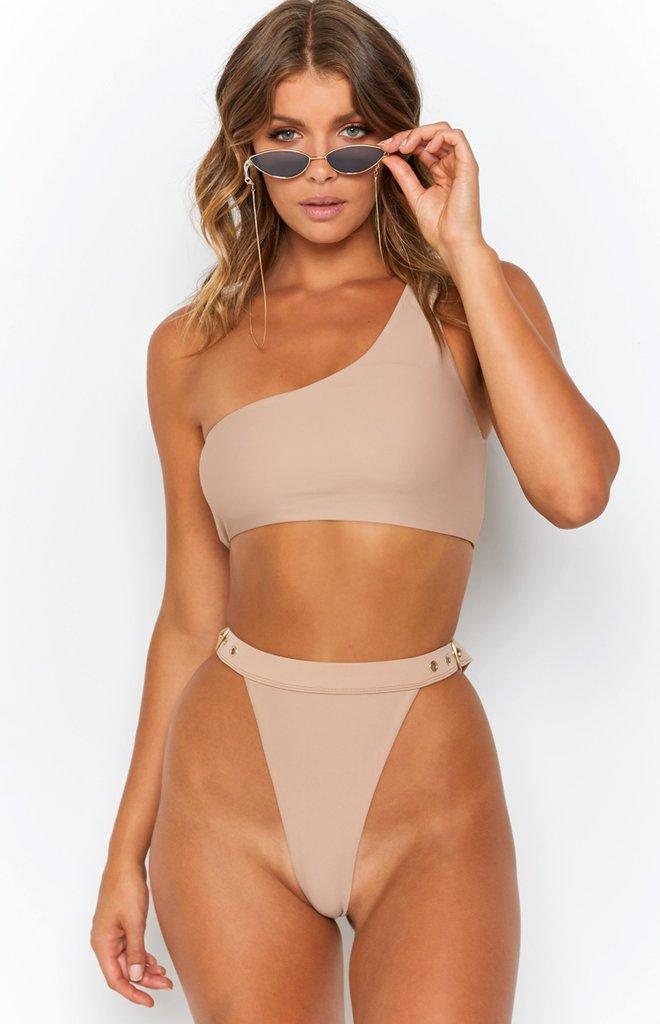 "Dental floss springs to mind!" one woman wrote, while another added: "Surely she's got those on back to front".
Others joked: "I'd need my God damn cervix waxed to wear that", and "now we have to worry about c**t slips as well as nip slips!"