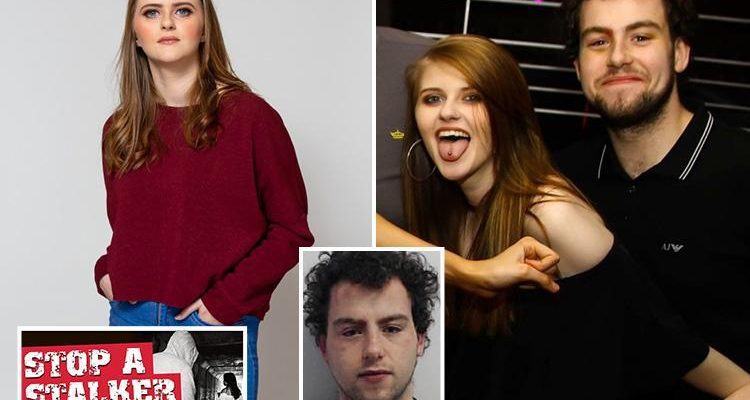 When it became clear Beckie, 21, was not interested, Berry turned on her and bombarded her with hundreds of threatening texts and calls. 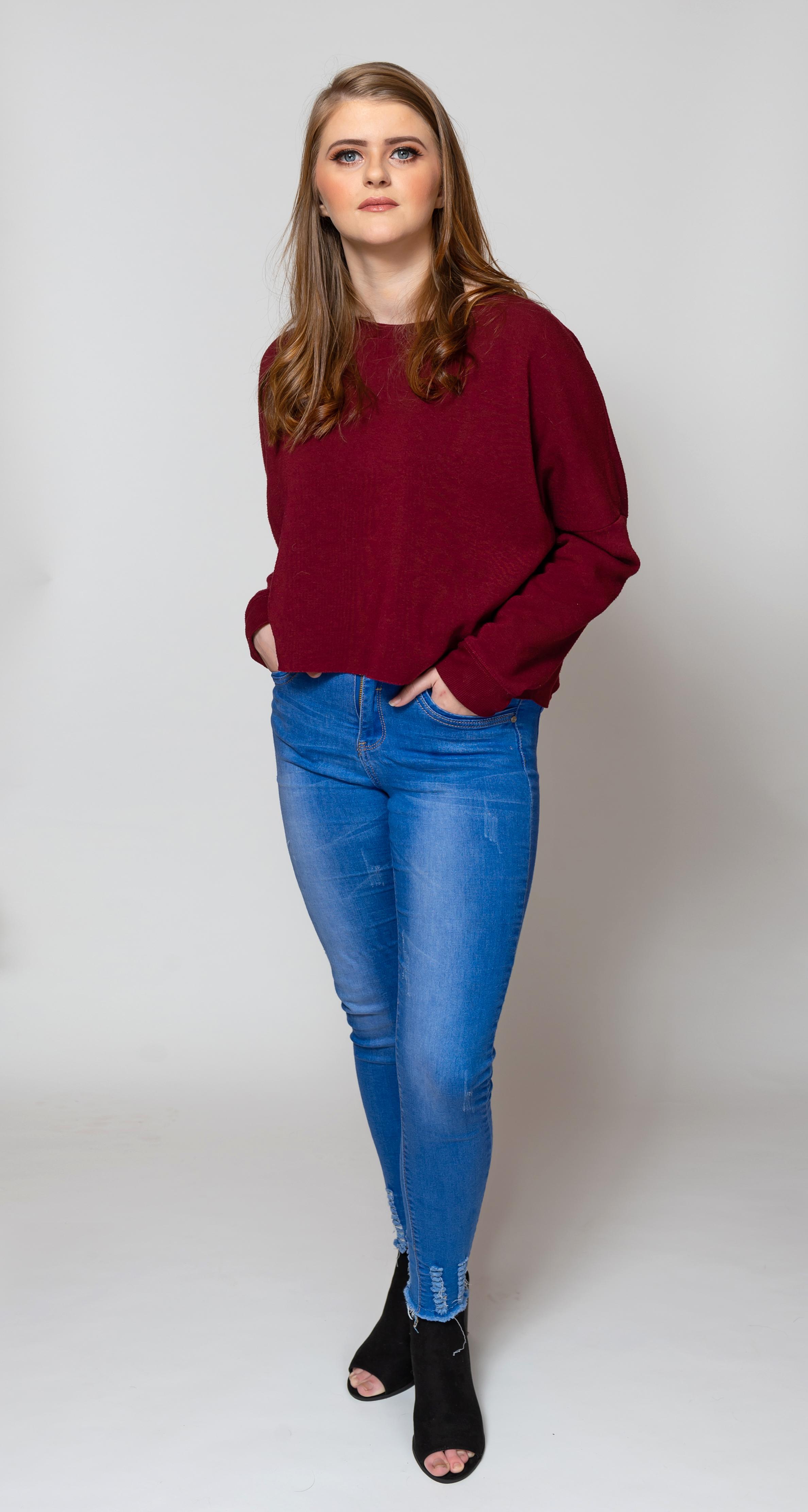 Add your support at change.org/p/the-house-of-commons-stop-a-stalker

Over three months, Beckie reported Berry, 21, to the police FOUR times, but she says they failed to act until he turned up at her home at 11.30pm one night with an 8in kitchen knife. He threatened to “slice” Beckie up and burn down her house then lobbed a brick through her window — and was finally arrested.

In April this year at Manchester Crown Court he admitted stalking and assault and was sentenced to a year in jail. But he was released in August and Beckie fears he could strike. She says more must be done to protect stalking victims.

Beckie says: “It’s such a psychological crime, it’s awful. I was terrified to leave the house in case he was there.I don’t think there’s enough protection or tough enough sentences to protect women like me. We need stricter measures in place and longer sentences. I don’t want anyone to go through the trauma that I have.”

Beckie is supporting the Sun’s Stop a Stalker campaign. We are urging readers to sign our petition backing the Stalking Protection Bill which is due to be read in Parliament on Friday. 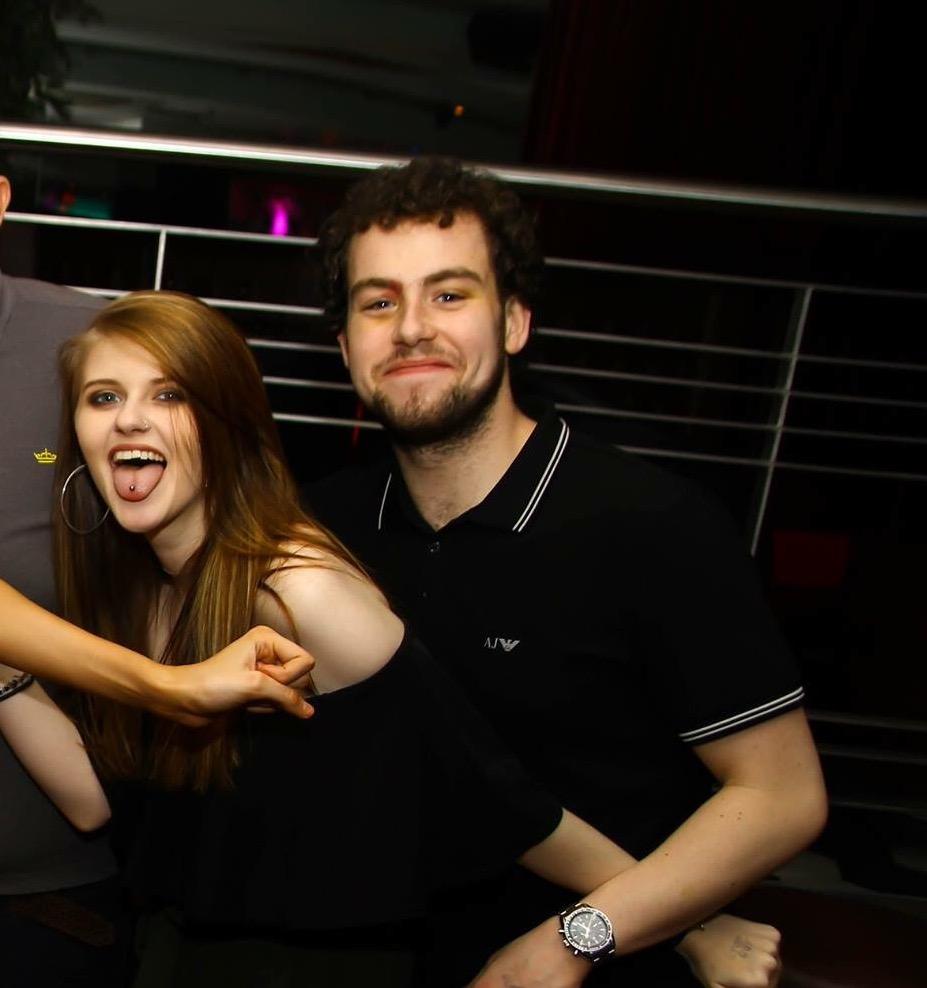 Dr Sarah Wollaston MP’s Private Members’ Bill calls for the introduction of Stalking Protection Orders which would enable police to go to magistrates for an order warning an offender to stop or face jail.

Beckie, from Swinton, Gtr Manchester, first met Berry at secondary school in 2008, but after one academic year, she switched schools and lost contact. Beckie says: “We never spoke as we had different friends. When I moved to a different school nine months later, I never gave him a second thought.”

Then in November last year, Daniel contacted her on Instagram, requesting to follow her. Beckie recalls: “When I spotted his curly hair and cheeky smile, I recognised him so I accepted his request. Two days later, he messaged me so we agreed to go for a walk at a local park. We got along well. I thought he was sweet and he insisted on walking me home.

“Over the following weeks, we met around ten times, usually with another friend. But in December, when I told Daniel I couldn’t meet as I already had plans, he became angry and aggressive.  He asked who I was with and when I told him, he threatened to damage their car. I couldn’t understand why he was acting jealous as we were just mates.”

Beckie says over the next two days, he bombarded her with abusive texts, calling her a slag. Beckie says: “I ignored them and switched my phone off, hoping he’d leave me alone. The next day, he messaged me apologising. So I forgave him.”

But two weeks later, he sent more threatening messages to Beckie. “Daniel texted, ‘I will kill every single lad that has anything to do with you.’ It was terrifying.” Fearful of what he might do, she confided her fears to mum Margaret, 50, a retired parking attendant.

Then, Beckie says: “He turned things up a notch. One night, there was a knock at the door. I opened it on the chain and it was Daniel. I slammed the door. Then he started yelling and kicking down my garden fence. I called the police but when they turned up he’d run off. I was a nervous wreck and struggled to sleep’

"I was shaken and hoped I’d never see him again. And over Christmas, I didn’t hear a peep from Daniel.” 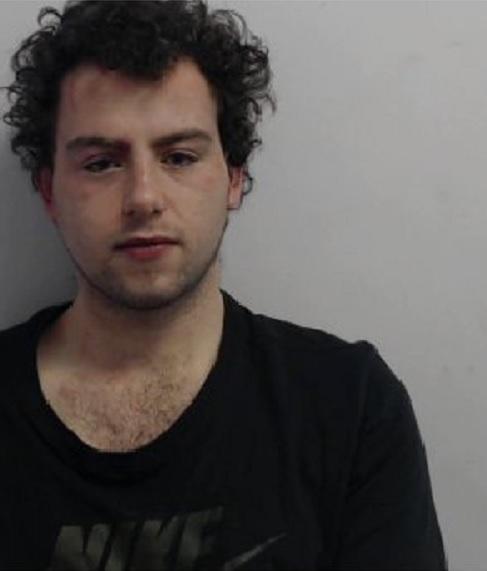 But in January, Beckie bumped into him during a night out with her mates and the stalking resumed. She says: “I spotted Daniel in the crowd at the club. He came over and thrust a £50 note in my hand, telling me it was for the fence. I told him to leave me alone but he insisted that I take the money. So I did and he walked off.

"Then, a week later, he called me from an unknown number. I hung up immediately and blocked him. But Daniel refused to give up. He called me from various numbers over 100 times in just a few hours. Then he sent me 80 abusive texts.”

By this point, Berry’s behaviour was affecting Beckie’s health. It even resulted in her losing her care worker job.

She says: “It was really stressful. I struggled to sleep. He showed up at my job telling me he’d waited for me for three hours outside my house. I jumped into my car and sped off. After that I was a nervous wreck, jumping every time my phone pinged. I became too scared to go to homes of clients I cared for, because Daniel knew I worked there. So kept calling in sick and eventually lost my job.” 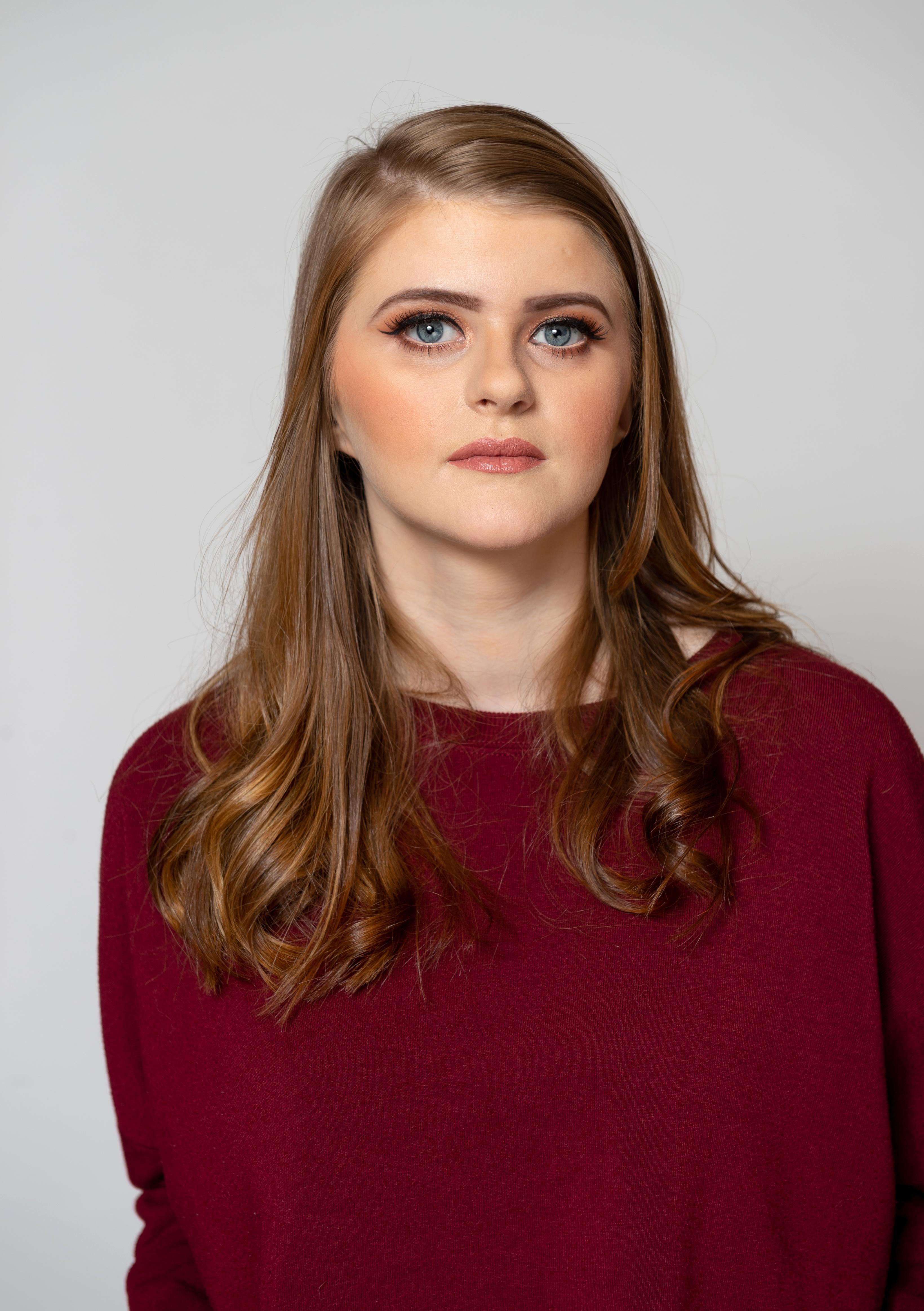 Not knowing where to turn, Beckie called Greater Manchester Police again but found them unhelpful. She says: “I called the police, desperate for help. But they were no use. They told me they’d have a word with him and that if he contacted me again, they would take it seriously.

"So one day when I spotted Daniel kicking my fence an officer came out but he’d disappeared again by the time they arrived. Theytold me there was no evidence to charge him with anything despite my hundreds of calls and texts, they couldn’t prove it was him.”

Then in February, he turned up at Beckie’s home at 11.30pm armed with a large kitchen knife. Beckie recalls: “He was shouting, ‘I’ll slice you up’. Mum called 999 while we frantically checked all the doors and windows were locked. Then he called Mum a slag and it was the final straw. I marched outside, filled with adrenalin, and punched him three times in the face. I ran back inside locking the door behind me.

"Moments later Daniel hurled a brick through the kitchen window. My 18-year-old brother Adam told Daniel we’d called the police and he then threatened to burn the house down, before fleeing. Minutes later, police arrived and took me and my family to the station where we made statements. 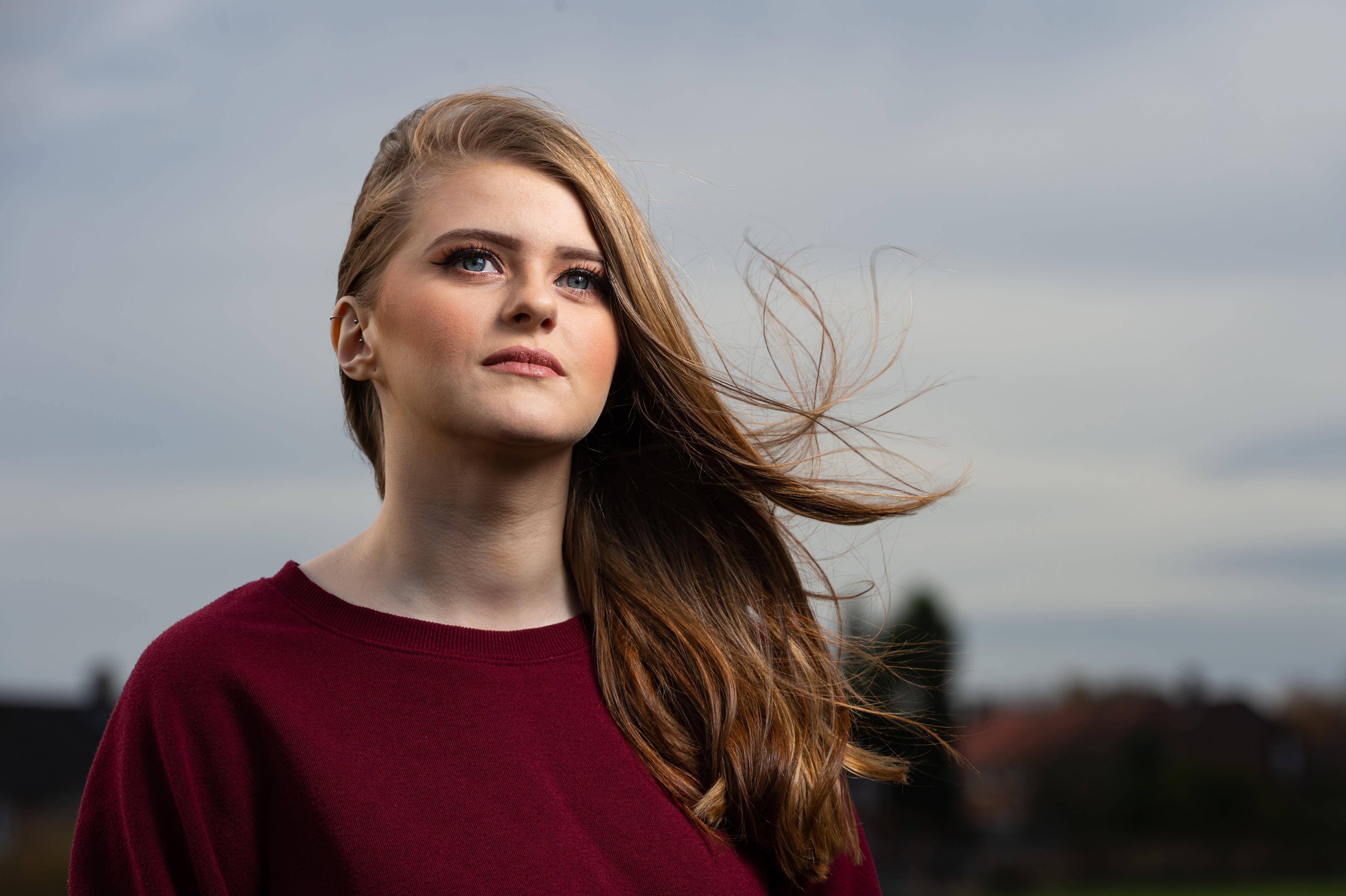 "And that night, Daniel was finally arrested. Police told me that because they had four witnesses to Daniel’s behaviour as well as the broken window, they were able to charge him. It was such a relief. He was also ­violent with the arresting officers.”

Judge David Stockdale labelled Berry’s actions a campaign of controlling, possessive and obsessive behaviour. As well as the jail term, Berry, of Swinton, was given a lifelong restraining order. But Beckie is still terrified he will contact her. She says: “I don’t think he got long enough in prison and he should have at least served the full sentence.

“If he breaches the restraining order, he’ll go back to prison. I learnt at court that Daniel believed we were in a relationship. He was obsessed. If police had taken my concerns seriously weeks before, Daniel’s behaviour might not have escalated. He could have seriously hurt me.”

Add your support at change.org/p/the-house-of-commons-stop-a-stalker

Are you being stalked?

IF you are a victim of stalking, tell a friend, secure your social media, contact the police and call the National Stalking Helpline on 0808 802 0300.

To support The Sun’s Stop a Stalker campaign and back the Stalking Protection Bill, please sign our petition at www.change.org/p/the-house-of-commons-stop-a-stalker.